Port Arthur is interesting in that it held the Convict Prison from 1833 to 1853.  The prison and buildings hold much history as it was a community.  I have posted a few photos in 2015 of Port Arthur none of which you see in this post.

When I passed my Nursing exam back then it was when you became a 'Sister' and wore a white veil which is no longer used.
My parents had given me a car for passing my exams so a friend whom I had nursed with set off on a holiday around Tasmania for a few weeks.  I was 19 at the time. When we returned I married my husband a few months later.
We slept in the car..lol, had saucepans, frypan, cultery, plates, kettle, towels and tea towels and some food such as veggies and meat.  In those days there were no coffee shops, eating places as there is today.  We went to corner shops and bought food to cook. Always had toilets and showers too.
Where ever we stayed there was always a fireplace, and water to cook our meals.  We went right around Tasmania and it's here in front of the jail below that we slept for 2 nights.  The grass was not mowed, the ruins very ruined, roads were not blocked off, entrance was free, one was free to roam all over the place, so different these days.
A map below shows you where Port Arthur is.  Way down south. 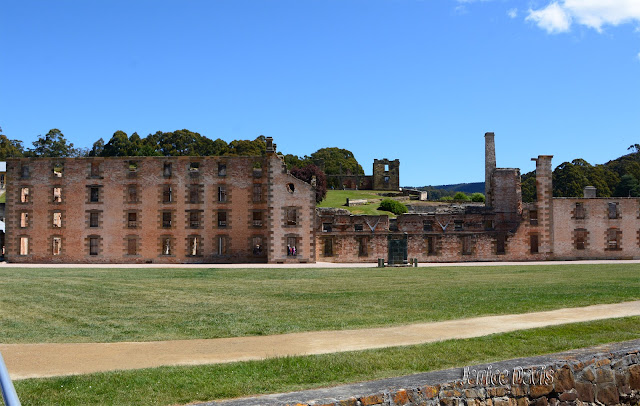 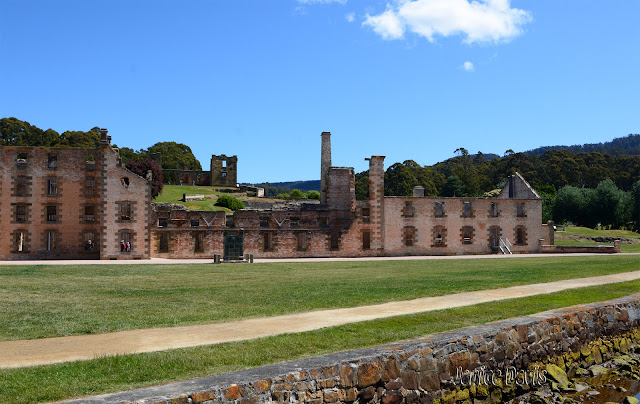 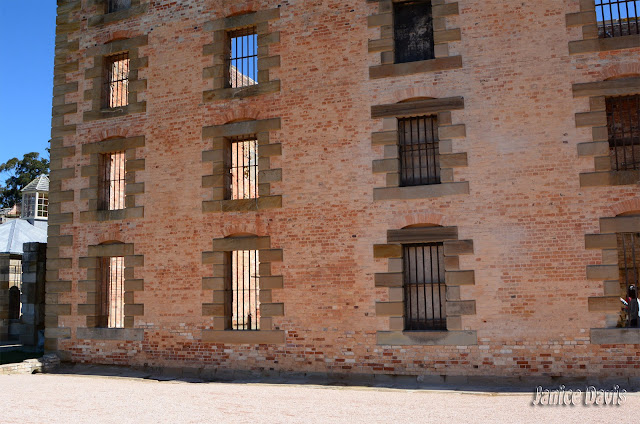 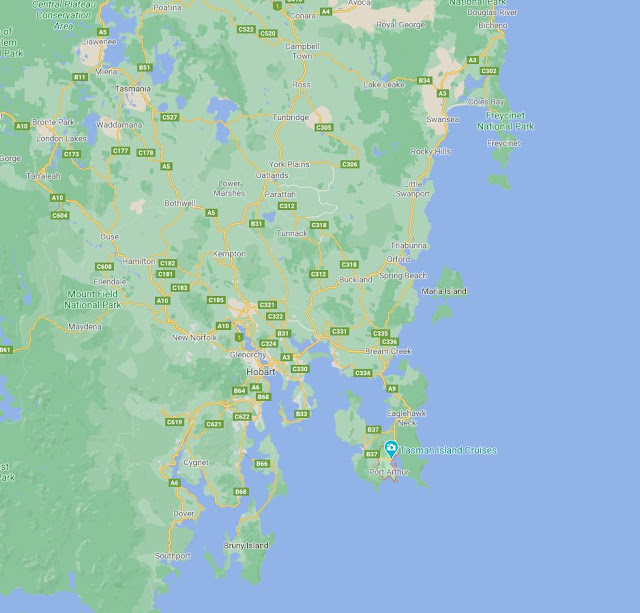