A Gift from Afar!

Every Christmas for many years I receive a gift from Canada, a Christmas Cake the size of a brick. Today the parcel arrived and I was thrilled. It's the first time the cake arrived after Christmas being posted on the 9th of December.

I first met the lady who makes and sends the cake many years ago on the internet.  I had a 'homepage' with information on it, and it's there the lady emailed me and we have been emailing since. 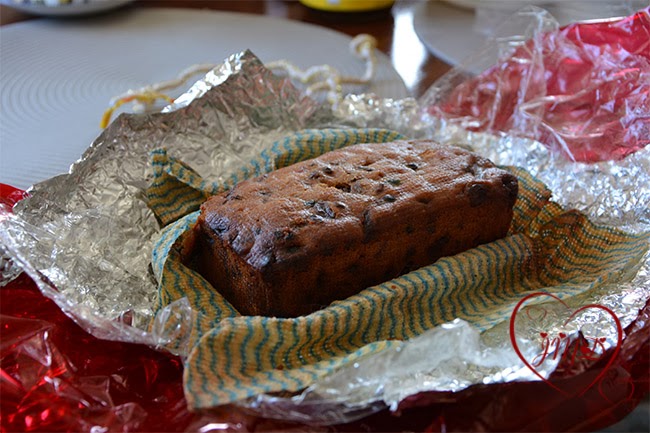 May peace and plenty be the first
To lift the latch to your door.And happiness be guided to your home,By the candle of Christmas.

Email ThisBlogThis!Share to TwitterShare to FacebookShare to Pinterest
Labels: Christmas

Mirusia Louwerse is an Australian born Lyric Opera Singer. She graduated in December 2006 from the Queensland Conservatorium in Brisbane obtaining a Bachelor of Music in Performance in Classical Voice.

In 2006, Louwerse became the youngest ever winner of the Dame Joan Sutherland Opera Award.

Her aunt, who lives in the Netherlands, contacted Andre Rieu to tell him about her niece's talent. He listened to her voice on her website and phoned her straight away and two days later she was standing before him in his studio ready to sing. Mirusia is of Dutch descent.
She has been touring with the Dutch violinist and conductor André Rieu since 2007 as soprano soloist.

Here we have her singing Ave Marie (Schubert) with Andre Rieu. This is one of the best I have listened to and watched.
Once long ago I had my voice trained, and I am a coloratura Soprano who used to sing at Theaters, Functions, in a few Operas, along with many Weddings as a solo artist and such for years. I chose another Profession however, met my husband to be, married, then when that was done, some years later I chose another profession :)

Merry Christmas and a Happy New Year to all.  May God Bless You all, keep you safe and free from harm.......Margaret xx

No, we don't have snow where I live at Christmas time, it's summer.
Living in the Southern area of Australia we have a hot 1pm meal, called Christmas Dinner.  People do have Barbecues, some have salads, some eat out for Dinner, many go to family and spend a fair bit of the day travelling, some stay at home, some have Christmas Dinner another day, then some don't do much at all. So with our weather Christmas is not always a hot meal.

The photos below is from an Australian Christmas Card which basically shows the opposite to the Northern Hemisphere's Christmas weather. 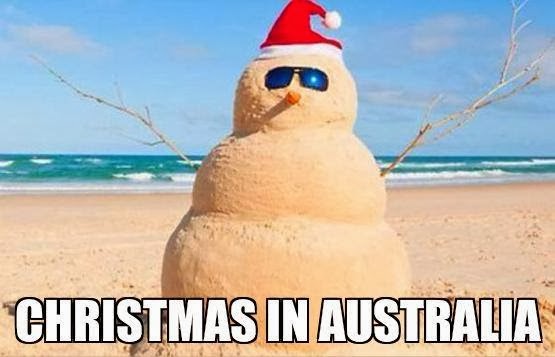 Email ThisBlogThis!Share to TwitterShare to FacebookShare to Pinterest
Labels: Christmas

The Bush on the way to Josef Chromy's Winery.

The Tasmanian Bush which I love to walk in when I can. I took some photos on the way to Josef Chromy's Winery.
This time of year it's snake time, so it's not always advisable to walk without the correct shoes, clothing and to be ever watchful, as all the snakes in Tasmania are poisonous.
Josef fled his war-torn Czech village in 1950 as a penniless 19 year old after eleven years of Nazi and Soviet occupation. He escaped across borders guarded by minefields, dogs and soldiers, suffering five month of privation before immigrating to Australia. (copied from his website)
Josef has many awards for his wines from the Relbia Winery in Tasmania. 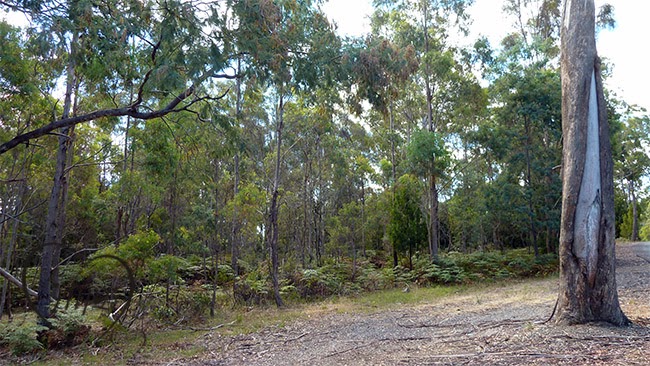 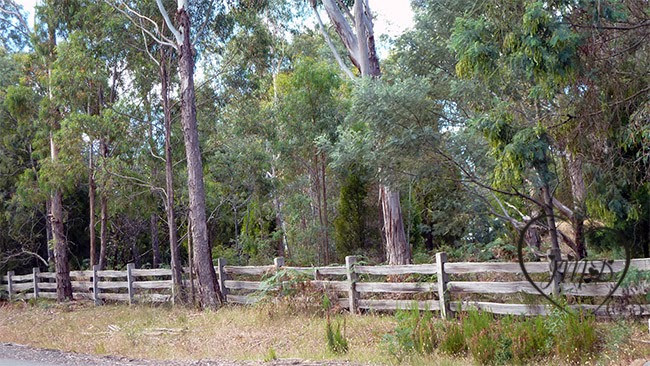 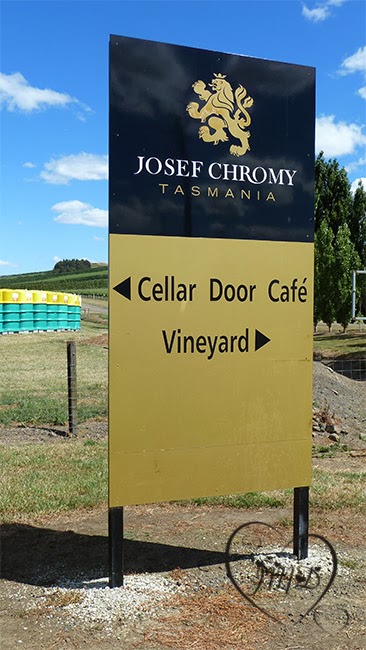 A warm day forecast for tomorrow at 37deg C so expect I won't be doing a great deal.

The roses are blooming well as are the lilies. The photo I have below is a common Lilium, they seem to multiply and not die out as other varieties of the Lilium do.

My late mother used to have beautiful Liliums and because they bloomed around Christmas time we called them 'The Christmas Lily'. I do have a photo of them somewhere, but for now a photo of the common one. 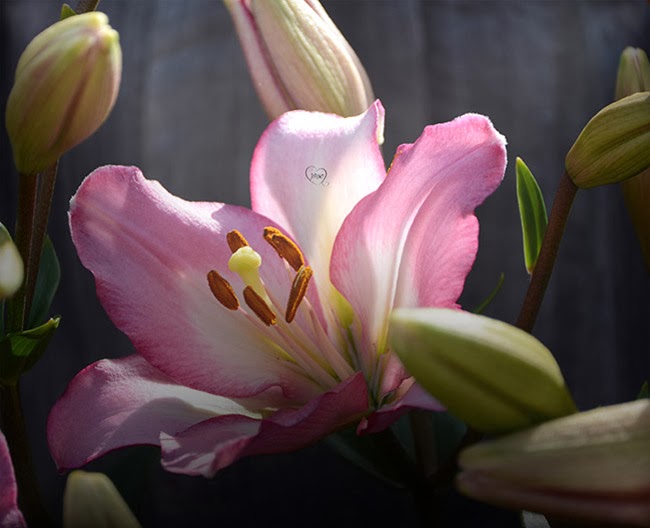 Sometimes for us it's hard to think of a personal gift for family members. Some are easy to buy for, and some are not.
What I do is phone each of them and ask what they would like, I always get a lovely reply.
Family gets what they want & we pay for it, that way I don't go shopping for presents expect for my husband and my father.
My husband & I have 11 people to buy gifts for which, is not many compared to some people. It's the joy of giving that is the best.
I wonder how others go about buying their Christmas Gifts?

Often I do have something to drink and eat before going to bed. The past few nights around 11.30pm to midnight I have been have a mug of Cappuccino and a piece of cream cake.
I took the photo and forgot the little camera didn't take a good photo in partial darkness.

The header I made for this blog isn't as bright as it should be, must be blogger! 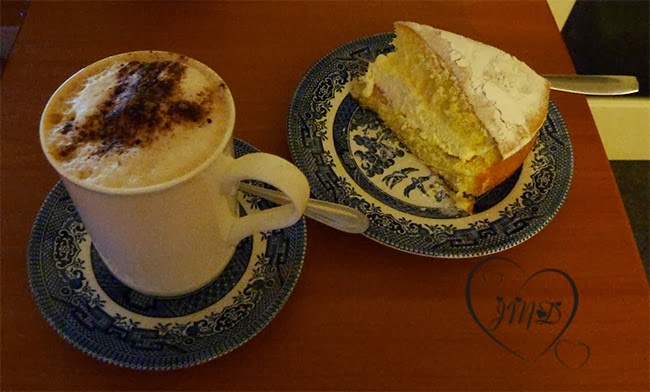 This evening I decided to have a small glass of red wine which I poured out of a container from the fridge into my wine glass. After eating dinner, I discovered I hadn't had the wine, so took a big mouthful, and said, 'this tastes like beetroot juice'.  It was!
Next time I will look more closely to what I am doing :) 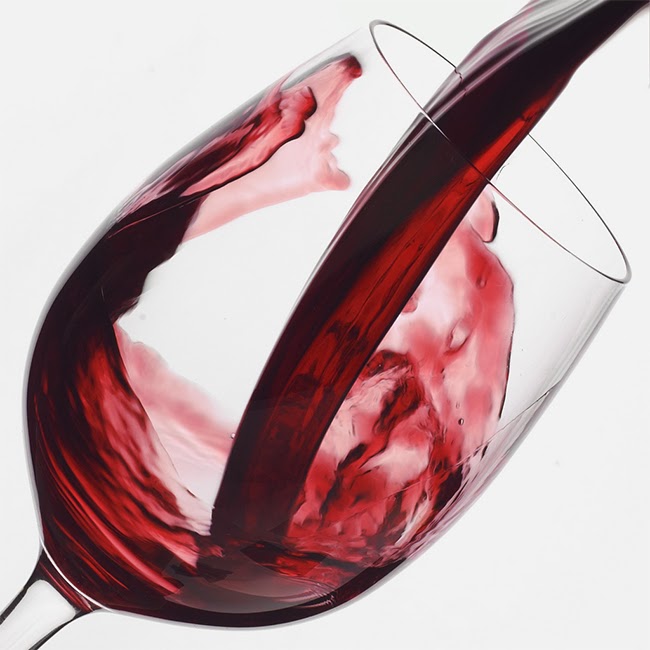 I borrowed the photo from the internet - so thanks who ever shared it.
Posted by Margaret D at 00:25 10 comments:

Email ThisBlogThis!Share to TwitterShare to FacebookShare to Pinterest
Labels: Wine

I just love this beautiful rose called Nana Mouskouri and named after the singer of the same name. I love her singing also, I can listen to her sing all day, and do.
This particular rose was growing in the front garden till winter time, it's then my husband moved it out to the back rose garden and it's doing very well - as is my husband :)
I have not altered the background or colours in the photo, it comes the way I photographed it, though I did make the photo smaller. 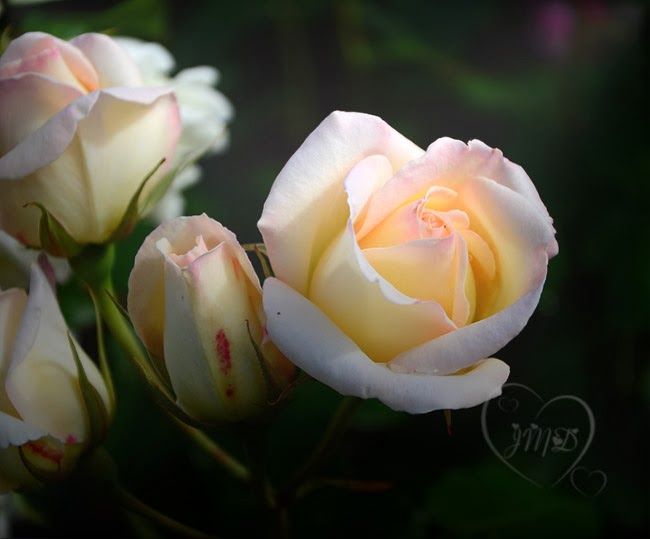 As the rose comes out it goes whiter, but it's not a pure white Floribunda Rose
Posted by Margaret D at 00:14 7 comments:

The content of photo below was my greeting just after midnight.  This spider is a Hunstman, harmless, can bite but doesn't usually. Often they can appear in the house if it's going to rain, and it did rain!
These spiders run quickly, can hide in cars and often do and fall on your lap :) that did happen to me once.
Anyway I was able to take care of the huntsman last night, so I thought, just about to step into my kitchen putting my foot down on the floor, bare foot might I add, and it landed on top of that huntsman....no harm done to me, but it's gone! 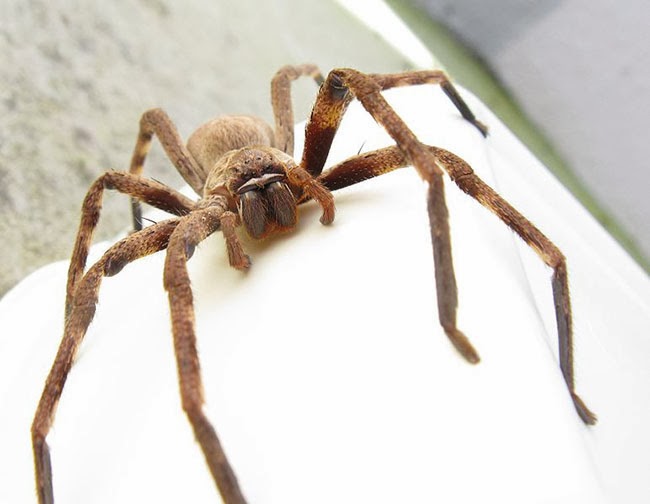