Benalla is a small city about 188 km (120 mile) from Melbourne, in the State of Victoria, Australia.
We don't often travel through this lovely small city as it's a different way to where we want to go, but it's good to try and travel on a different road, even though it's sometimes criss crossing making the journey up north in winter to a warmer climate longer.
We prefer not to fly but to stay at motels about 400 to 500 km (248 -310 miles approx.) apart each day till we arrive at our destination.

The last time we were there was in 2012, and I wanted to take a photo of the Catholic Church, so hence I did about 15 minutes before Mass began.

St. Joseph's Church was built in 1908, with various internals added over the years including the pipe organ which I didn't get the chance to take a photo of. 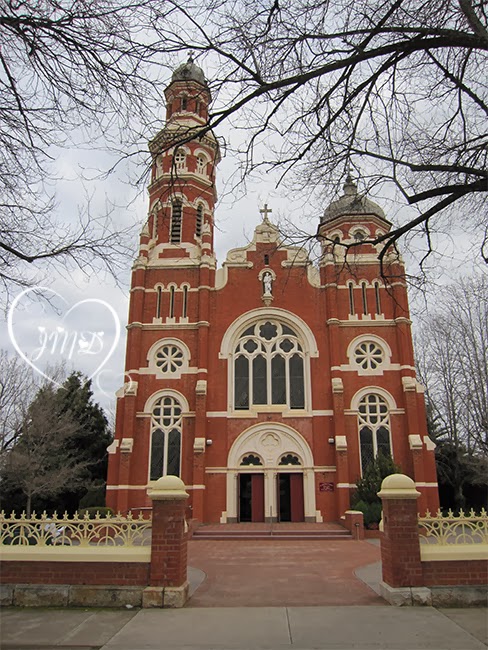 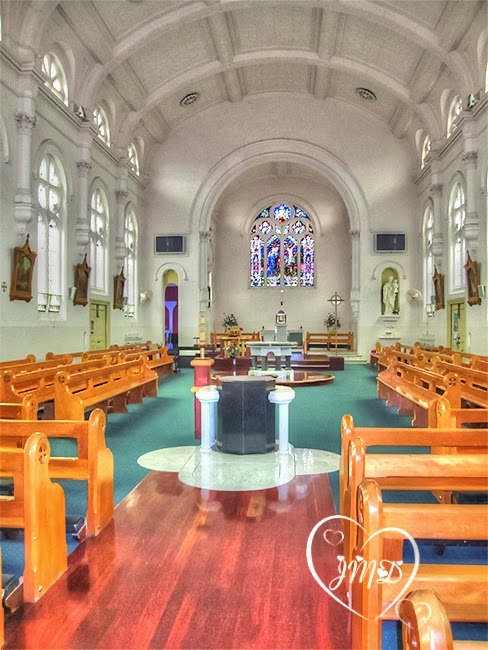 At this time of the year, some of us have access to Zucchini's.  One of our daughter in law's supplies us with many, so hence it's into cooking them, one way is by making a slice in the oven. This slice could be likened to a type of Quiche. It's very tasty and we usually have a piece for afternoon tea, or supper before bedtime if peckish. Anyway they always get eaten. Sometimes I freeze them. 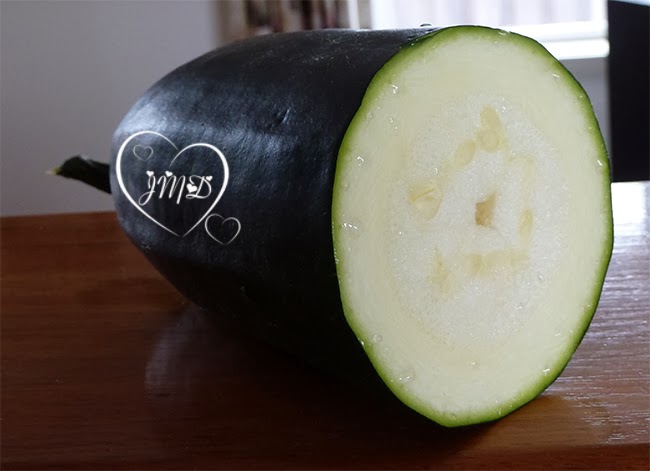 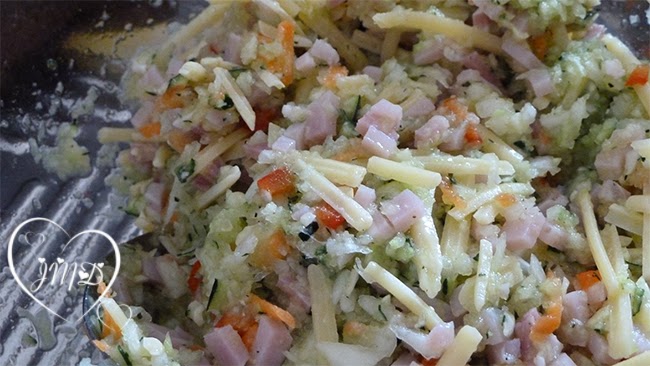 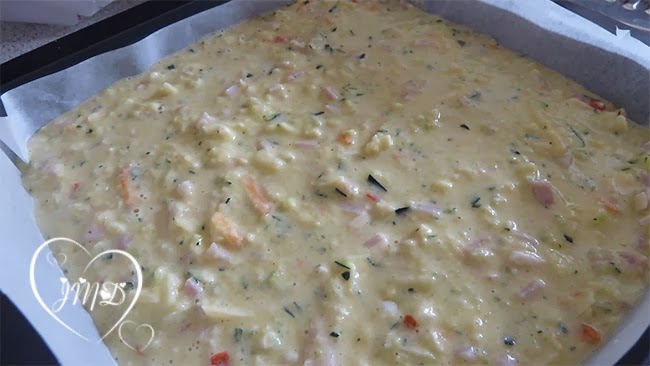 Ready to be cooked 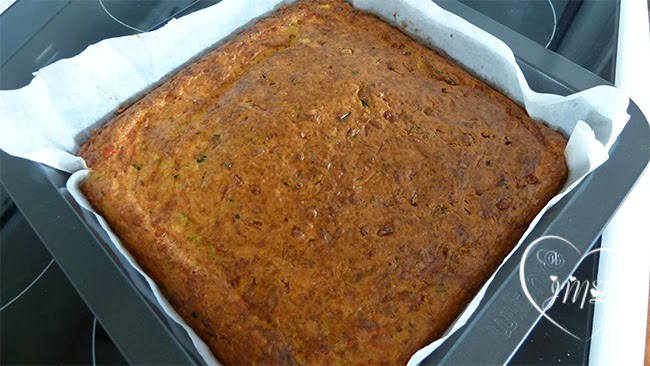 Method.
Finely chop onion and bacon
Beat eggs and mix all ingredients together.
Pour into shallow greased baking dish
Bake 40 - 1 hour in moderate oven.
Options - are crushed garlic, grated carrot, capsicum chopped finely can be added to the above.
Posted by Margaret D at 00:10 16 comments:

My father and I used to travel down south, down near Hobart to watch the Passing out Parade of the Police Officers at the Police Academy.  This is an event by invitation only.  We don't go now due to my father's health.

Always I loved to attend sitting outside with a canopy above our heads, rugs around our knees if it was cold as we watched the Police Officers march and do their 'stuff' as I call it.
The memorable things to me was looking at the vast area without a sole on the flat ground, then you heard the thunder of Police motorbikes coming from the distance up the hill to the flat area riding their bikes directly in front of us in formation. Then when their engines were turned off, in the distance we heard a high pitched noise and as it became louder the music to ones ear was lovely.  The Tasmanian Police Pipe Band, they came up the hill to the flat and marched.

I recall when I was a young teenager how I marched behind a pipe band (not the Police one), a lonesome female and when we all got to an intersection of the road, the band formed a circle, a piper placed my 2 swords in the middle of that same intersection and it's there that I did the Sword Dance.  I always did this on special occasions when my parents and I lived in a certain town in Tasmania, Australia for 4 years.

One of my blog friends mentioned that she hadn't tasted Lamb, they don't have it where she lives, and I wonder why?
You can find her blog here .
Lamb in Australia is eaten by most people, we love it in this house.
We barbecue chops, forequarter chops, and have a roast with the leg, have a rib roast, this list is endless.

Sheep are plenty in Tasmania.

To purchase in the supermarkets or the butchers, lamb can be a little expensive sometimes, the price does vary but that's not a problem, because if you like it and can afford it you don't think twice about buying it.

A photo below of cuts of lamb I found on the internet.

A town called Kalgoorlie in Western Australia (WA) is in the middle of nowhere.
Gold was discovered there by Paddy Hannan in 1893, an Irishman who immigrated to Australia in 1863.
This commenced a Gold Rush in the area but alas there was no water in the early days, so many men died. Water now comes from Perth in WA via a large pipe. Also a dam was built.

Today the town was isolated due to heavy rain thus all roads out of Kalgoorlie were closed, but I believe they are now open.
We have a niece, her husband and their 2 children living there and they are coming home for a months holiday next month.

Tonight for dinner we had a barbecue which my husbands cooked.  Lamb chops and breakfast sausages, with pasta salad and new potatoes. 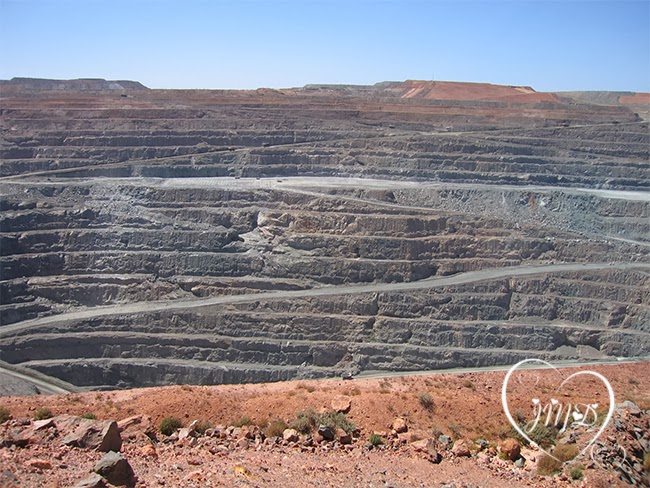 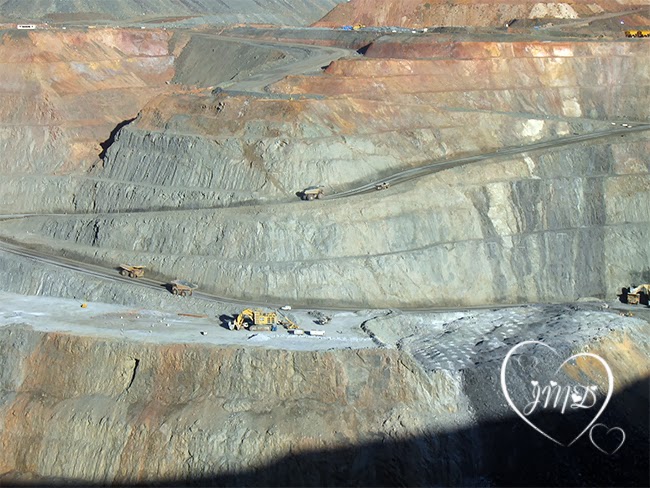 The machinery/trucks look so small but in fact they are very large. 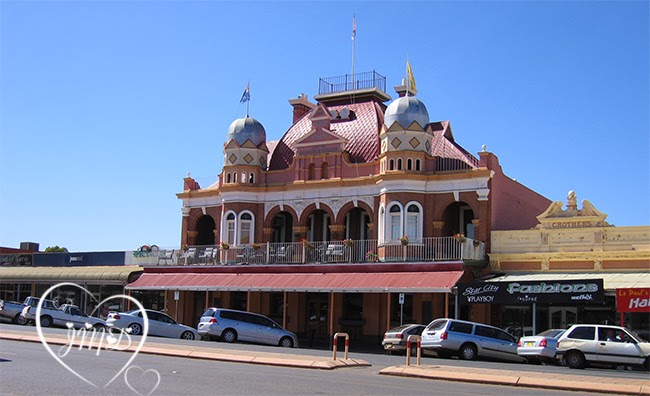 The York Hotel in Hannon Street was built in 1901/2 and is located in the main street which is rather long.
There are approximately 25 Hotels operating still.
Posted by Margaret D at 00:07 10 comments:

View in the morning!

Wonderful to wake up with the sun shining in the bedroom window, and looking out to the Agapanthus blooming, then looking down to the water lilies in the fish pond.
The smell of fresh warm air is a delight.

So this is the view from our bedroom window. 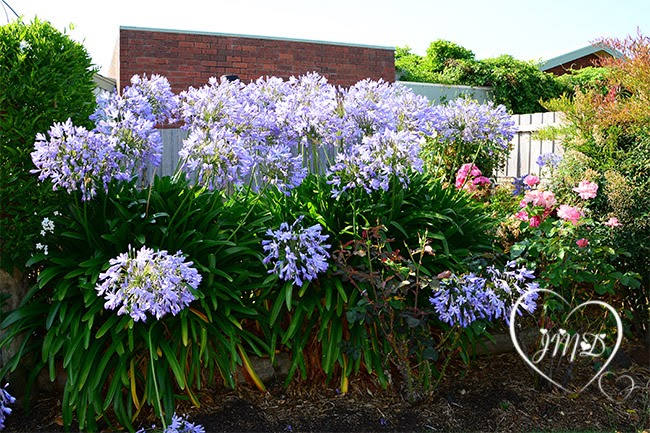 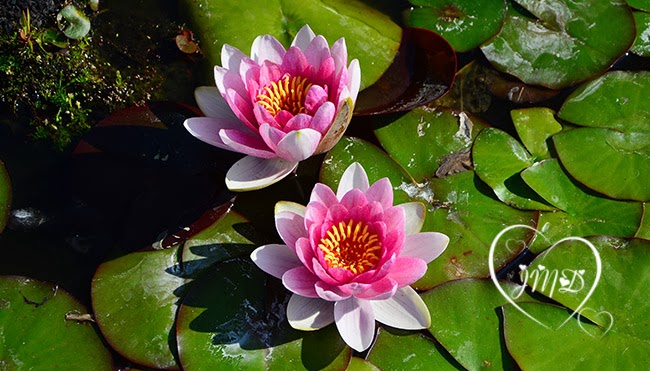 Moon in the heat of night!

It's been lovely and warm down here in Tasmania, some places reaching just over 40 deg C = 104 deg F, however many cities and towns in Australia have been reaching up to 46 deg C.  Yes, it's hot and many people do suffer from the heat. Thank goodness we are ok, and keep cool with the Air-conditioning if necessary, or just open the windows and doors and let the fresh air in with the blinds closed to a degree, it depends.

This evening I went outside to sit and saw that the moon was low in the sky, the phone rang so I didn't get to take the photo of the moon before it got too dark, as I like to take it as it's getting dark.  I can't find my tri-pod, so the photo was taken normally so hence it's not that clear. 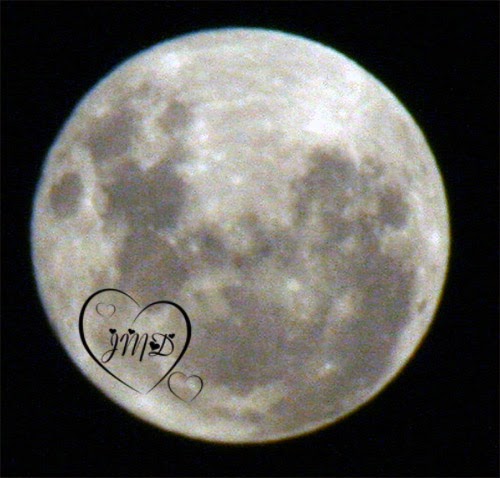 I have been at my dads for a few days, and will return next week to stop again.  Next month it's his 90th Birthday, apparently word it getting around his city, so I am getting ready or thinking about what I am going to do as in a celebration.  I did think of having an afternoon tea at his house.

Dad told me to 'fix' the foyer, meaning to redecorate it, so when it cools down I will be off to see what's about.
Posted by Margaret D at 00:18 10 comments:

Email ThisBlogThis!Share to TwitterShare to FacebookShare to Pinterest
Labels: Moon

We set off this morning to view the lavender at Bridestowe Lavender Farm at Nabowla, Tasmania, Australia.  Bought a little Teddy Bear, the larger bears are just under AUD 50.00, and I found some on eBay selling for AUD 350.00, why I don't know.  Apparently these larger bears have wheat inside of them and can be put in the microwave then used for medicinal requirements.
The Chinese have gone crazy over these bears which are not that large when all said and done, but they are made in Tasmania, where as the little ones are made in China :)
There is a gift shop, selling lavender products, and of course a small restaurant which we didn't attend today. 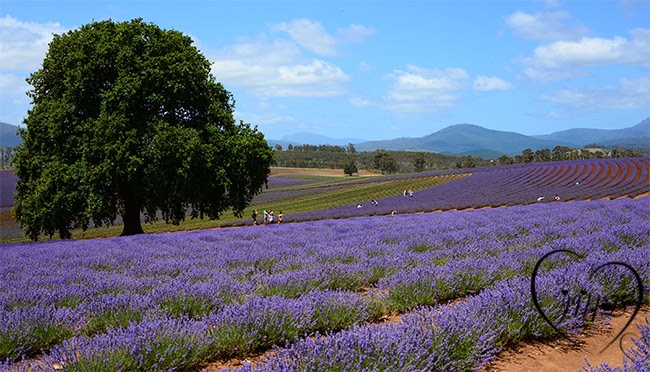 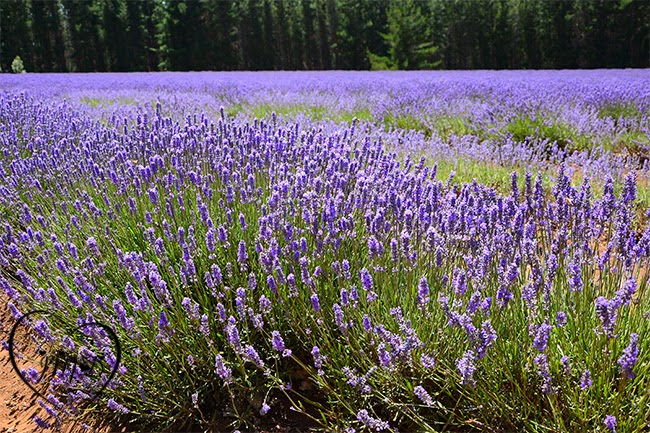 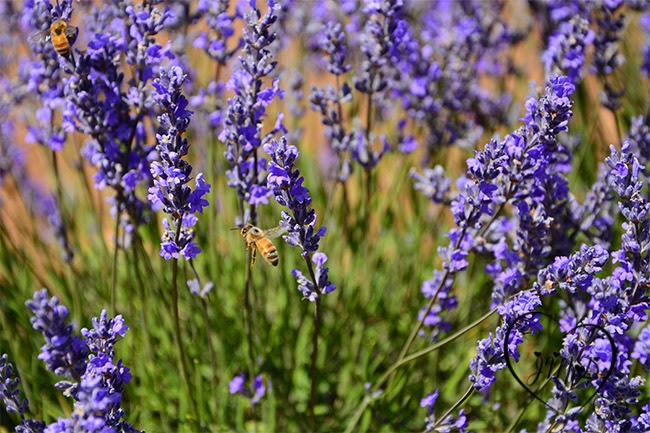 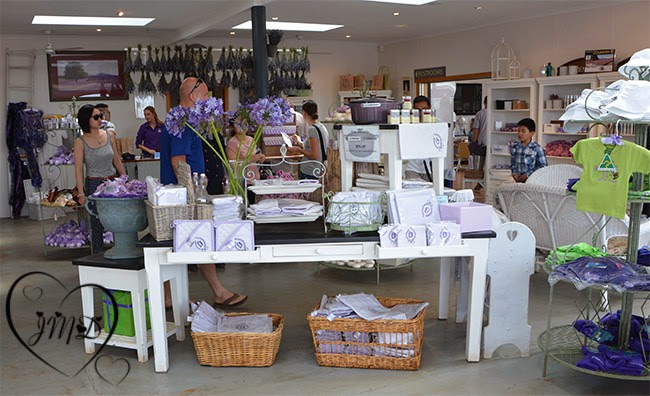 Had a wonderful day with my husbands three Aunties. Two live in other areas of Australia and about once a year or two they get together here in Tasmania.
Two are in their nineties the youngest is in her late 70's, and it's the younger Aunt who is staying with us for about 10 days, so life is busy with the coming and goings, plus me travelling to my dads as well to look after him.

Today we travelled to the Christmas Hills Strawberry farm for lunch which was lovely, so much to choose from and sweets were included. 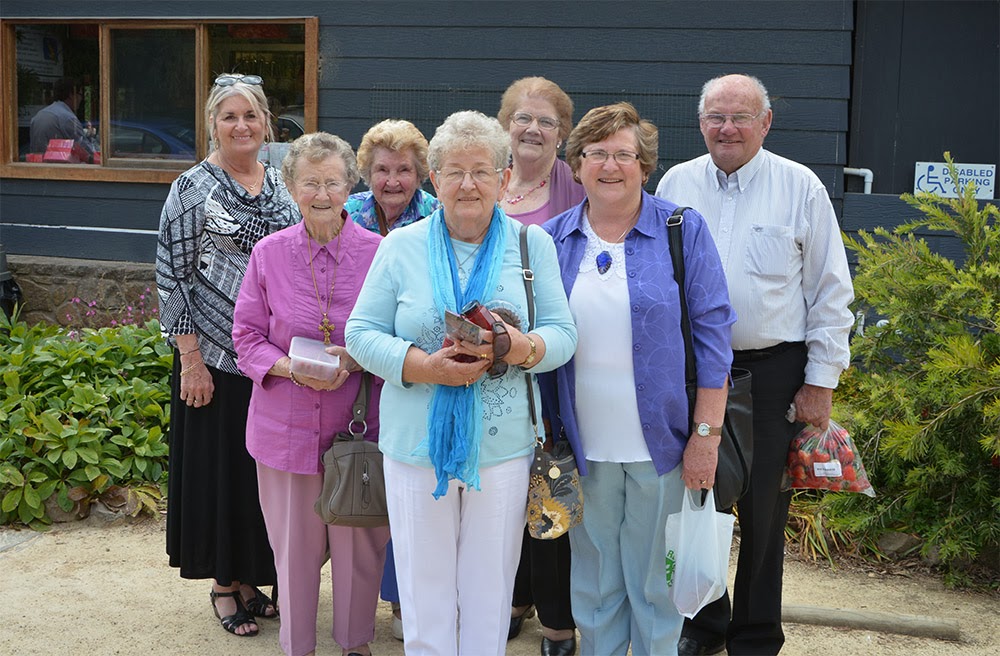 That's me on the left with sunglasses on top of my head.
Next are the three sister, then at the back my eldest sister in law and her husband, front right my husbands cousin.
Posted by Margaret D at 00:05 5 comments:

On Sunday we took Auntie from the State of Brisbane for a drive up the Tamar River, the East side then the West side. Up to Hillwood, Egg Island, Gravelly Beach are just some of the villages along the way.

The weather has been dreadful and more like spring. On Sunday it rained, was cold and miserable, so we headed off for the drive rather than sit at home.
The Batman Bridge was built between 1966 - 1968. It was the first cable - stayed bridge built in Australia, also one of the first of it's kind in the World.

All photos taken from the car as it was too wet and windy to get out. 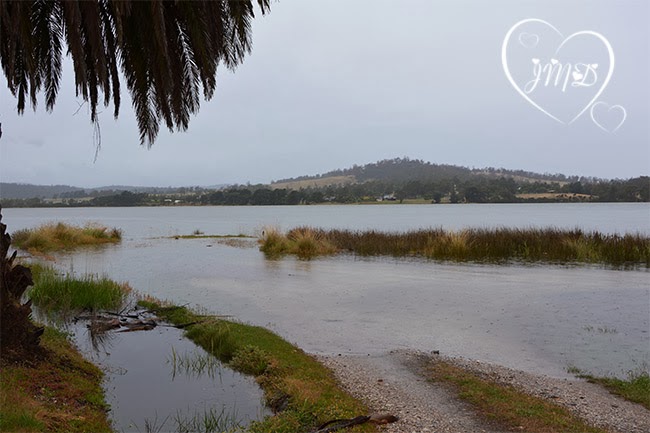 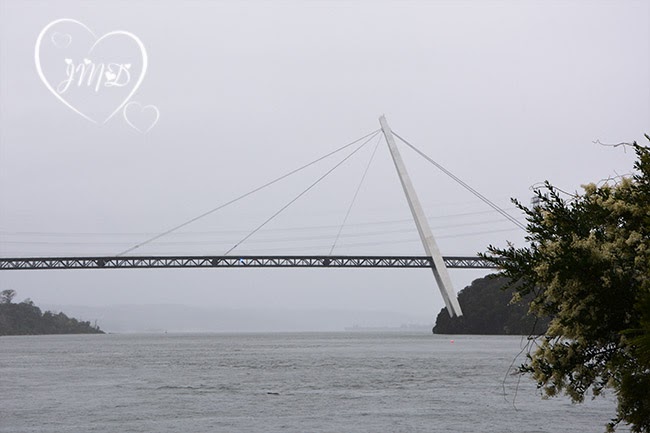 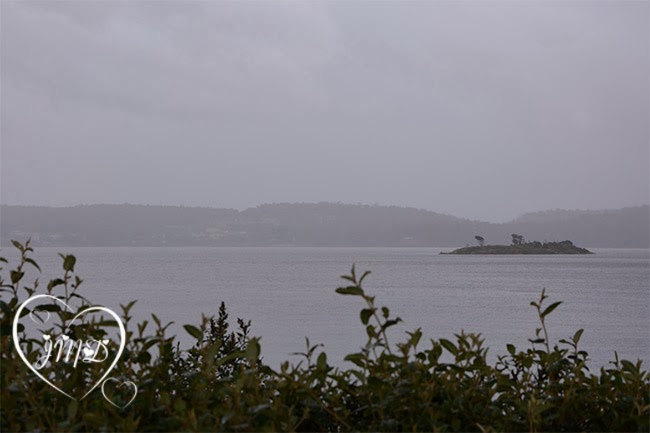 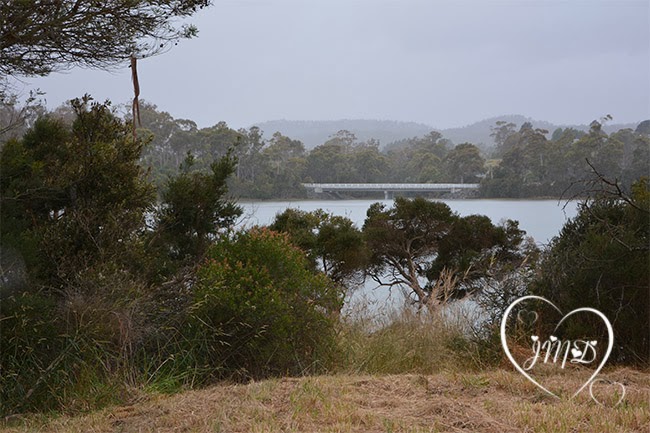 A picnic area at Hillwood 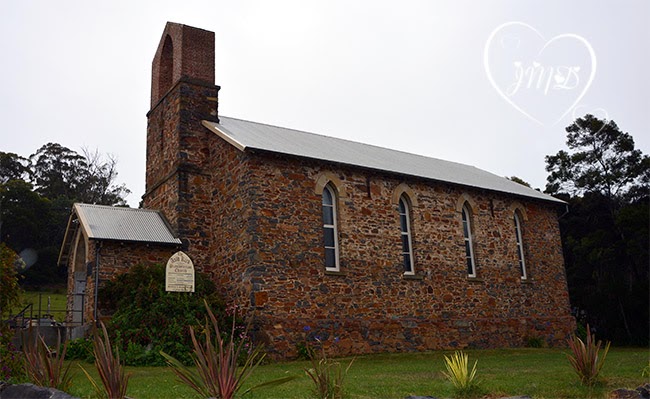 The Presbyterian Auld Kirk Church at Sidmouth which was built by convict and free labour in 1843.
Posted by Margaret D at 18:29 6 comments:

Went to print a document on New Years Eve and the printer light wouldn't come on, so hence after investigating many options and a thorough check we came to the conclusion that it had 'died'.  So off to buy another,  It's a new one out apparently, a Canon MG7160 which is Wireless or USB, it prints on DVD/CD discs like my old printer, and of course it scans which my old one didn't do.  I am very happy with it.
I was amused, after I had installed the Drivers and software the small window on the printer told me there was a Firmware update, and would I like to install it, so of course I did which installs into the printer itself. 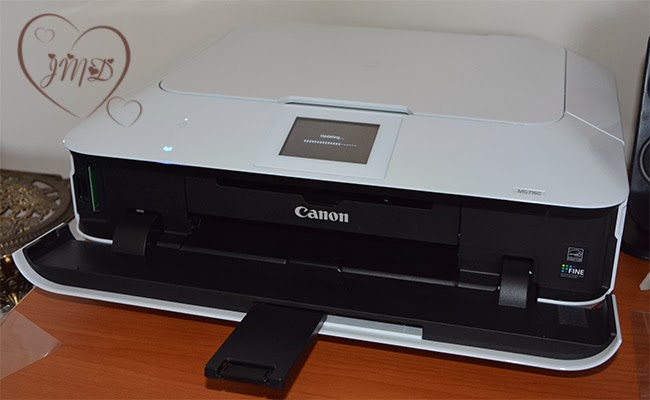 Email ThisBlogThis!Share to TwitterShare to FacebookShare to Pinterest
Labels: Printer

We stayed home yesterday, New Year's Day.  My husband had a good rest and I cleaned the windows!
They are big ones, nearly as wide as the rooms in four rooms, then there is a sliding door plus 3 large windows all in the one room.

The photo is my office which gets the sun all day (when it's out), so it's warm in the winter and can be hot in the summer, but that's the way I like it. 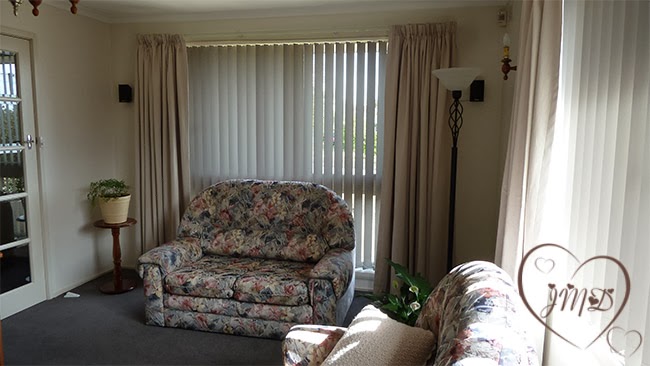 Email ThisBlogThis!Share to TwitterShare to FacebookShare to Pinterest
Labels: Windows

Happy New Year to all that pass this way.

In the New Year, may your right hand always be stretched out in friendship, but never in want.