We arrived at the Ferry Terminal 1 and a 1/2 hours before sailing. First we had to go through Quarantine which only took a minute. Questions such as...Fire Arms, Gas Cylinders, Guns and things like that.  The Gas cylinders are taken if you have one, your name put on it, collected when coming off the ship in Melbourne in the State of Victoria where the ship berths. Caravan owners are usually the ones with gass cylinders.

We had dinner on board in the dinning room. After dinner to one of the lounges to talk more, then off to the shop and look at the Souvenirs, then to the cabin.

The sailing was very smooth for such shallow water across Bass Strait to the Port of Melbourne.
We were awoken at 5.50am, had a sandwich and water in the cabin for breakfast, no time for the dinning room.  We were called to our cars at 6.30am with a very short wait before driving off the ferry and on our merry way up over the Gateway Bridge and along the Highway inland.

The Spirit of Tasmania at Devonport.

It's holiday time once again and finally after 5 attempts this year, my husband and I are travelling to the Sunshine Coast of Australia for 6 weeks.
This will be the first holiday that I haven't had to phone either of my late parents each day whilst away, or wondering how they are getting on.
Our youngest son, his wife and their 3 little children will continue to live in our house until we return.  Hopefully I will be able to visit blogs and post to mine whilst on holiday, I will enjoy doing it.

The mileage for the trip one way is about 2,450km (1,522m).  Of course if we divert it's longer and more mileage.
We go across from Devonport to Melbourne via the Spirit of Tasmania (the ferry), this trip on the sea takes approximately 10 or 11 hours. We eat on board, go to our cabin and sleep as it's a night sailing.  We stay at Motels which are lovely and clean, most being modern. We eat all our meals out and are both tired come bedtime.  Then up early the next morning for a days drive again until we arrive.


This photo would have been taken when I was about 4 or 5 years of age. My mother used to make most of my clothes right up to when I was 16. 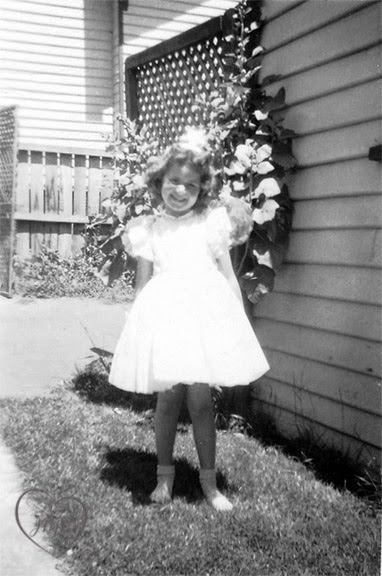 Back when I lived in Queenstown for 4 years, every Christmas we would have a school picnic and travel on the Steam train in open carriages to Strahan which is on the West Coast of Tasmania also.  It was great fun. The passage of the railway was over huge wooden bridges and with very steep mountains either side and deep drops, an absolute scenic route.
Then many years later the railway was restored as it is today. 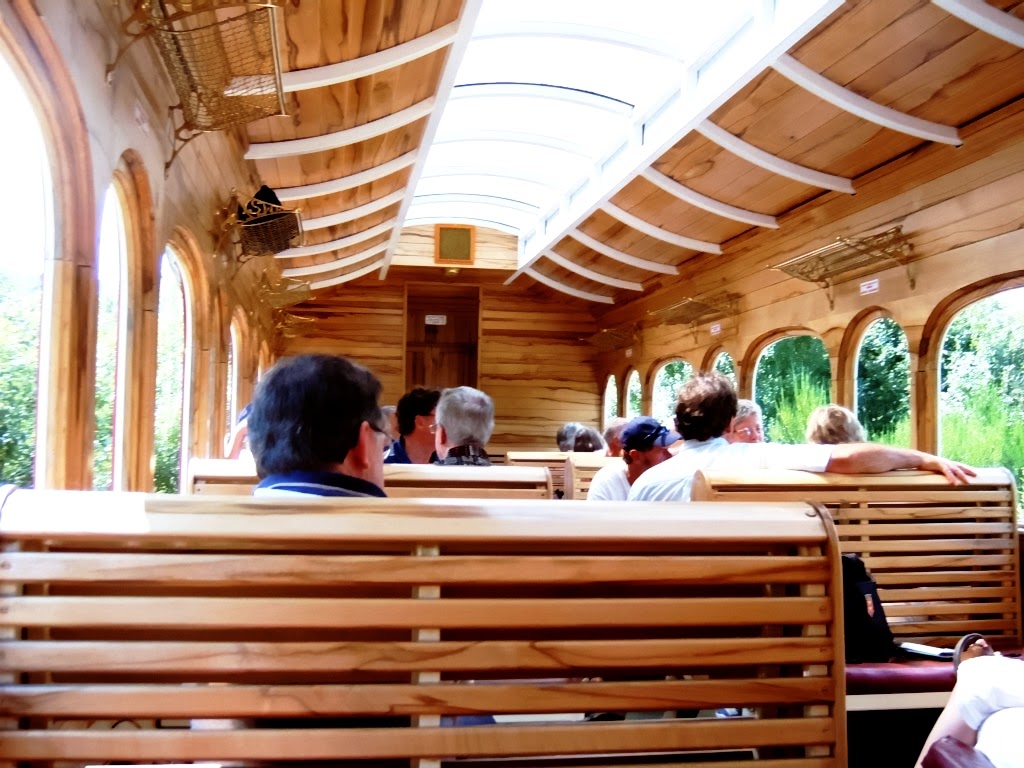 Carriage made of Sassafras Dubbil Barril a Station along the way.


In February 2013 the Federal Group who leased the railway many years later announced that it would be terminating its lease of the railway in April 2013. The company said that a downturn in business and a need for investment in infrastructure had caused the railway to no longer be viable. The Tasmanian government responded by estimating that maintaining the railway would cost $15 to $20 million, and that the government alone could not fund it.
Following track rehabilitation work, the railway re-opened between Queenstown and Dubbil Barril on 6 January 2014, while rehabilitation of the section through to Strahan continues.
Posted by Margaret D at 23:44 20 comments:

Relaxing with family most evenings when not at my late dad's house clearing out the contents.

The family and myself are watching The Walking Dead. I am crocheting the throw over below whilst watching.

I never thought I would like that series, however it's got me very intrigued,  not many TV show/series do that. 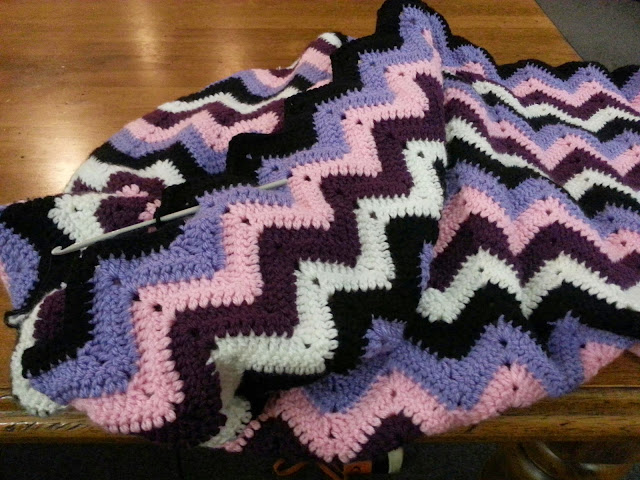 When I was about 11 years of age, my father was transferred to Queenstown on the West Coast of Tasmania, Australia.

Queenstown was a mining town with a lot of people, now the mine is closed and there are nearly 2,000 people with much unemployment due to the recent closure of the mine.

My mum, dad and myself lived in Queenstown for 4 years when times were good.  I had such fun attending the Catholic School, it's there I was taught by the nuns how to touch type, began my singing career, my modeling career, became interest in the law, looking after people, and much more.
I remember in the fairly new Town Hall how I danced ballet, Irish dancing, Spanish dancing, also I did tap dancing at concerts. Many people had never seen this done only in the movies - all due to Queenstowns isolation.
Scottish dancing I did at the main intersection of the town when someone important came to the town which was often. I would march behind the pipe band in full costume, and one of the bandsmen would carry my swords if I was going to do the sword dance, as I sometimes did for a change from the highland fling.  Again not many people had seen Scottish dancing.

Below are two photos of the marching team at that time - I am the first person on the right.
I don't have many photos of when I was at Queenstown or any other place for that matter. 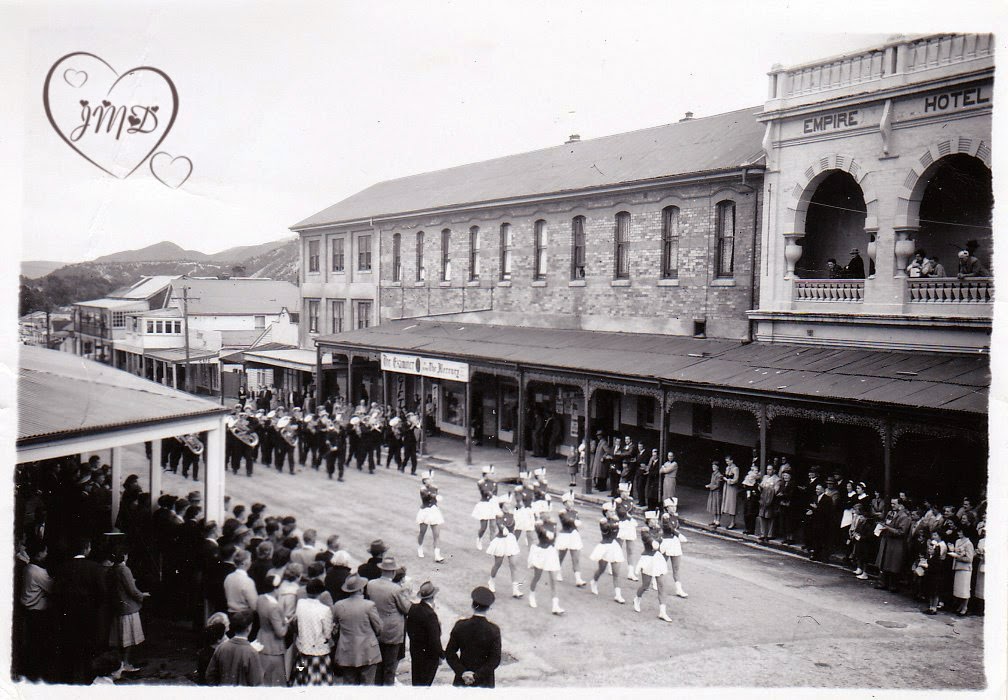 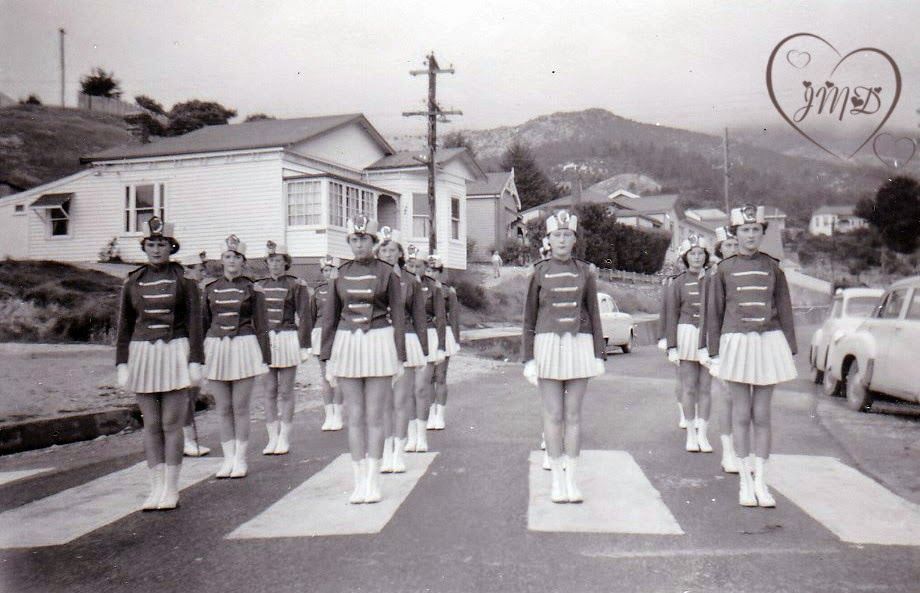 Here we were practicing, again I am in the front on the right.

Penguin is a sweet town on the North West Coast in Tasmania, Australia.  There are of course penguins to see not far away.

Penguin was first settled in 1861 as a timber town, and proclaimed on 25 October 1875. The area's dense bushland and easy access to the sea led to Penguin becoming a significant port town, with large quantities of timber shipped across Bass Strait to Victoria, where the 1850s gold rushes were taking place.

There are well over 3,500 people living in the town of Penguin. There is a school, shops and 'The Penguin Market' which draws rather a large crowd from surrounding areas. 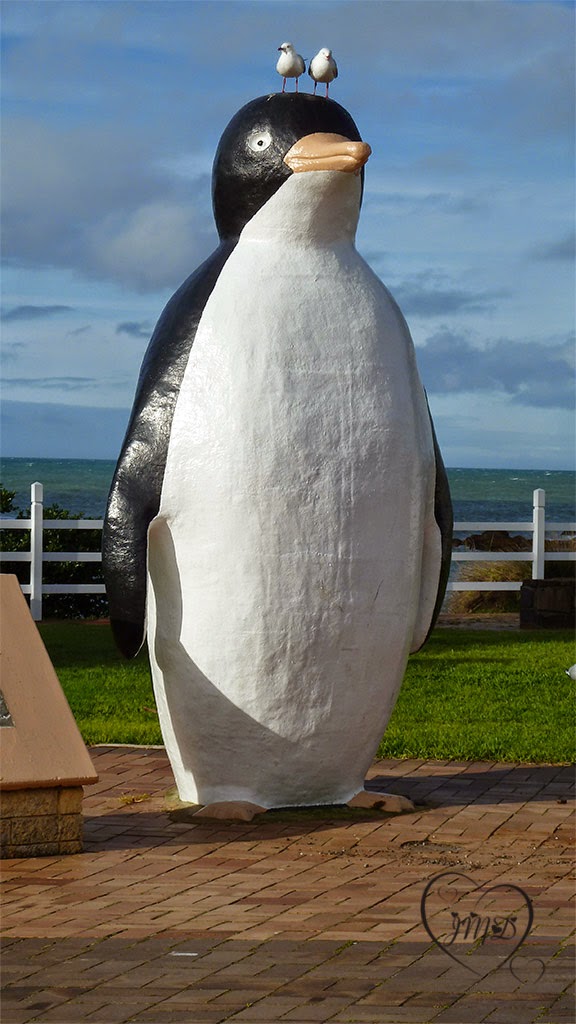 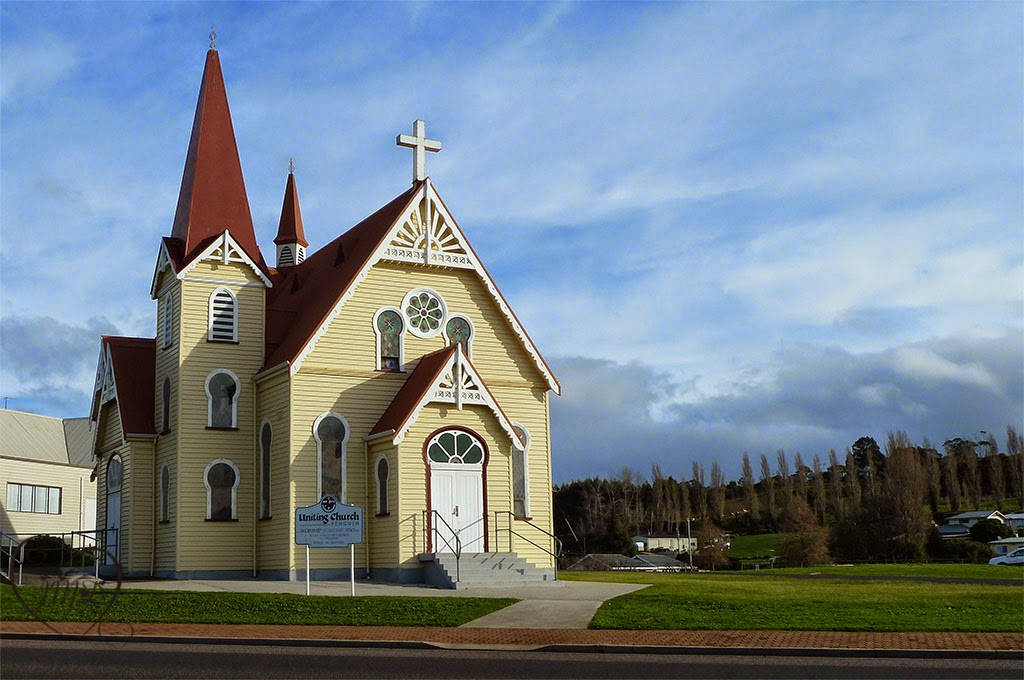 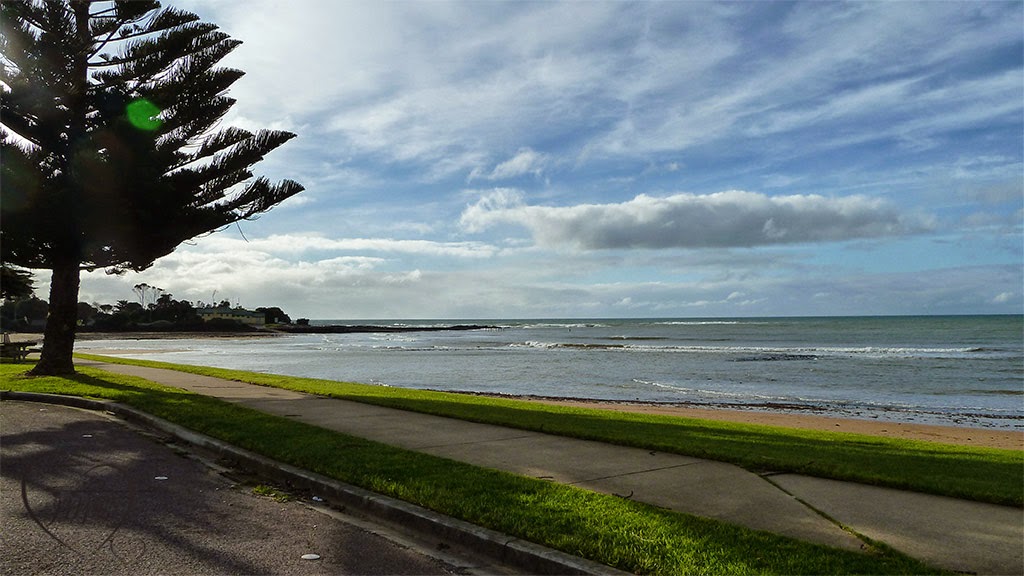 On Sunday all the family = our sons, wives and their children came to my late dads house to collect the items that I said they could have.  Not all the grandchildren are in these photos. We had a family picnic in the house with lots of laughs and lovely memories.

The little boy is 2, he is the one I delivered on the highway in Queensland just over 2 years ago. This family of 5 are the ones that are living with us for the time being.

The other daughter in law's baby is due in November, something we are all looking forward to. 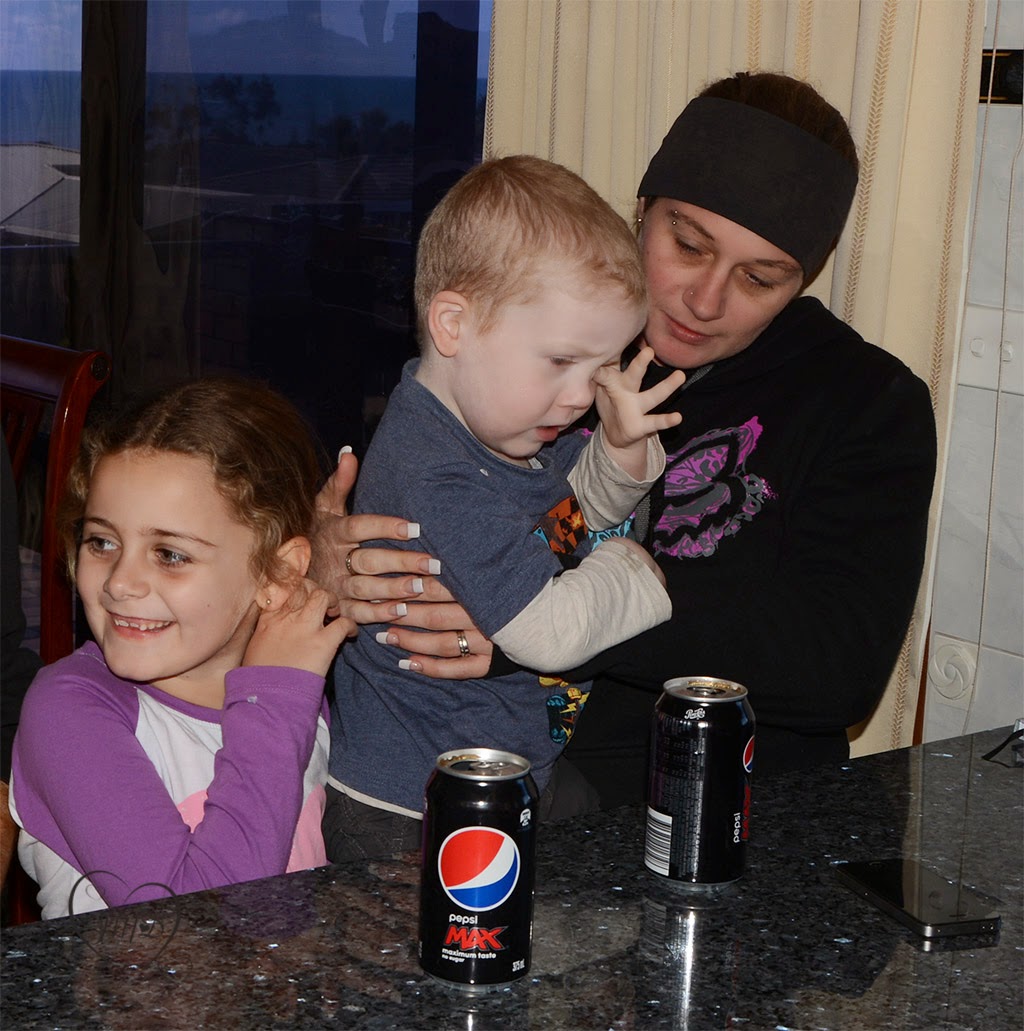 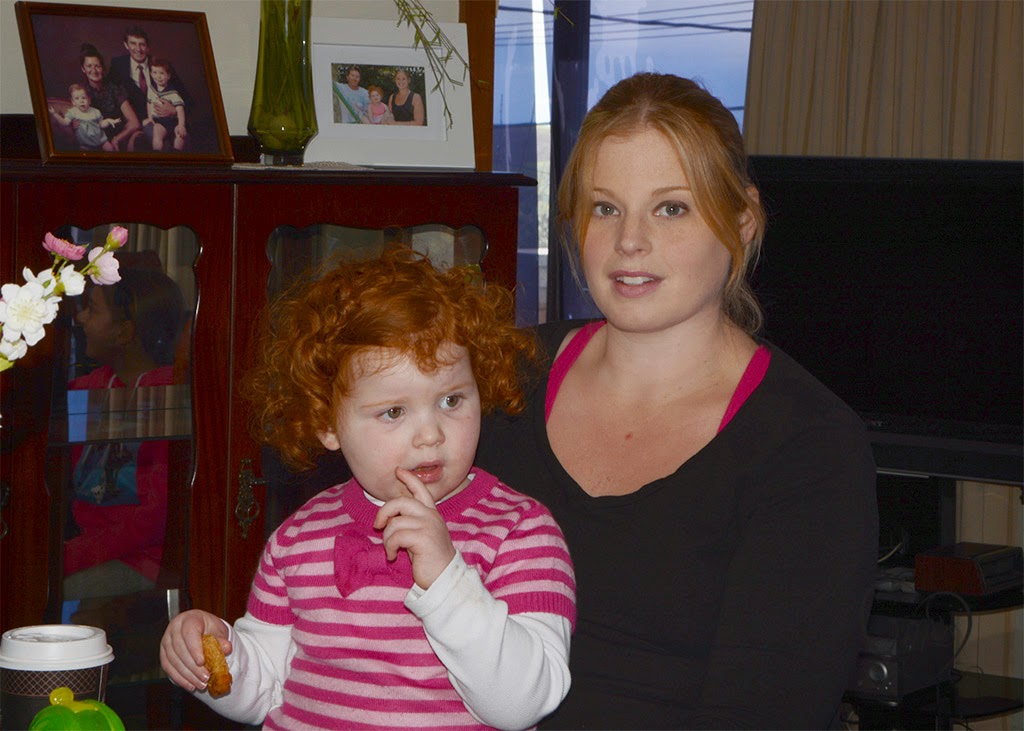 Lake Gordon is a reservoir created by the Gordon Dam on the upper reaches of the Gordon River in south-west Tasmania, Australia. The reservoir was formed in the early 1970s as a result of the dam construction by the HEC. (Hydro Electric Commission) It was the largest and most controversial hydro-electric power scheme in Tasmania.
Lake Gordon has a surface area of 272 km2 (105 sq mi), with storage capacity of 12.5 km3 (3.0 cu mi) of water, the equivalent of twenty-five times the amount of water in Port Jackson. (Sydney Harbour).
Lake Pedder is connected to Lake Gordon through the McPartlans Pass Canal.

We traveled down to the South West of Tasmania some time ago, these photos were taken then. 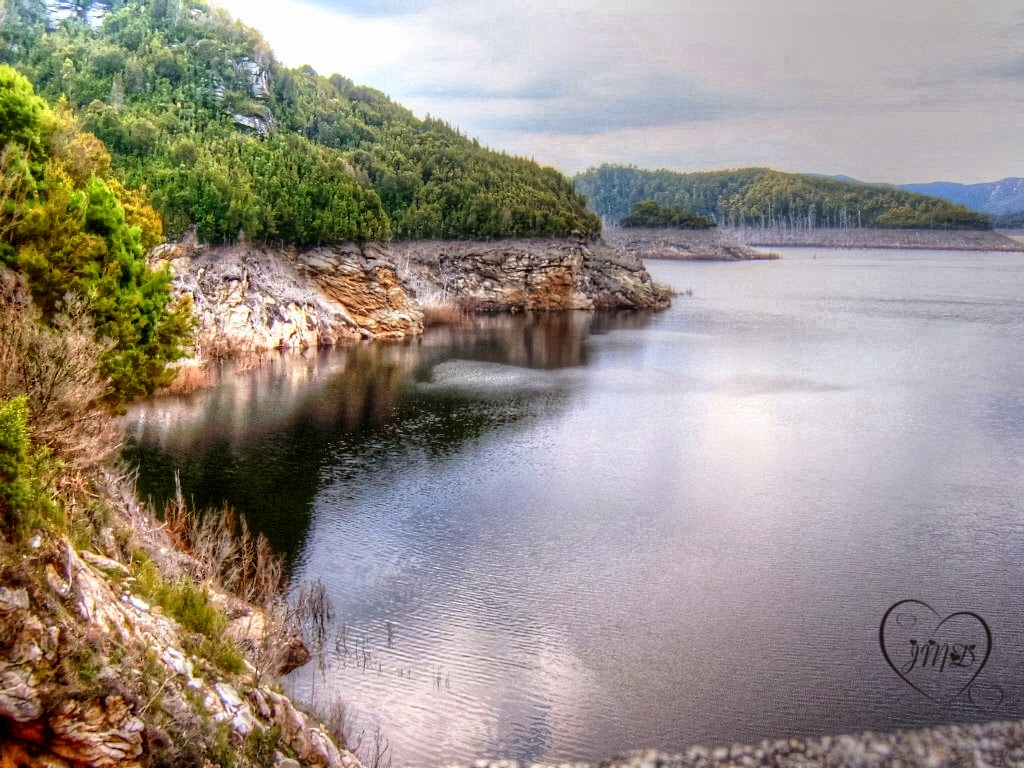 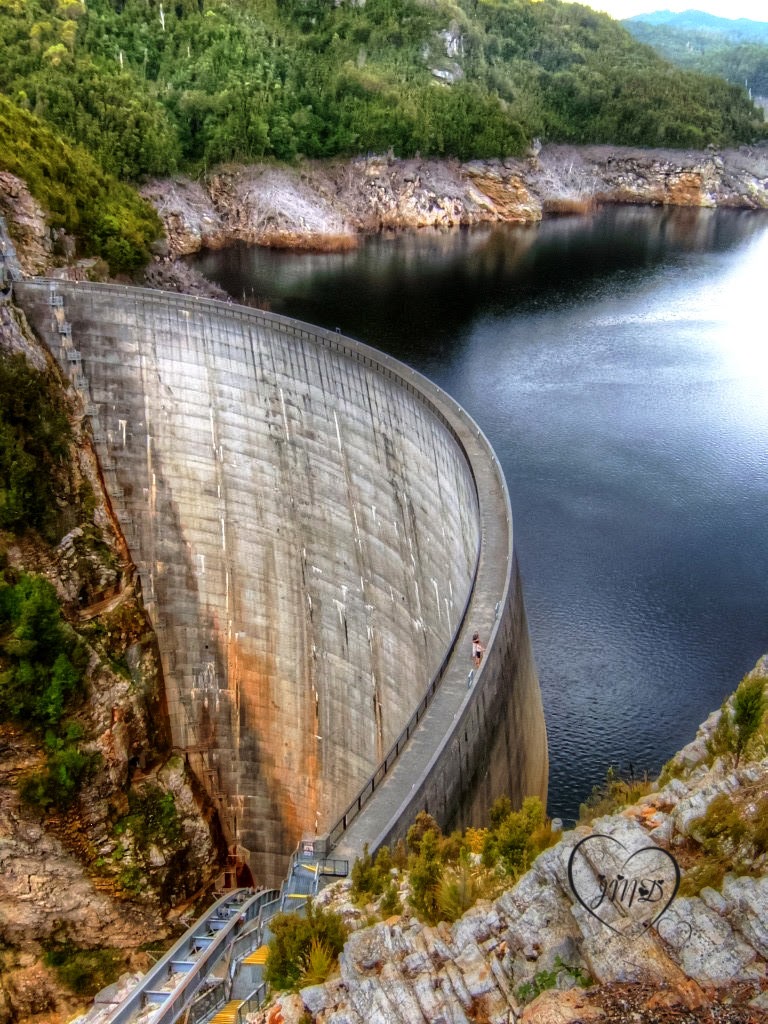 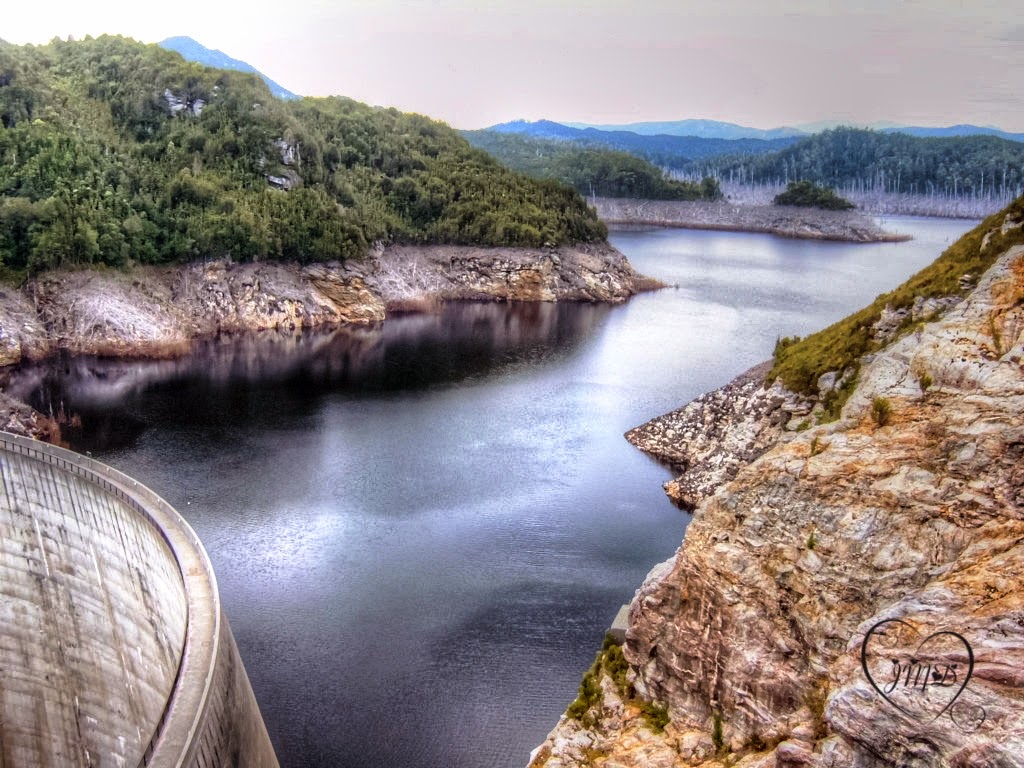 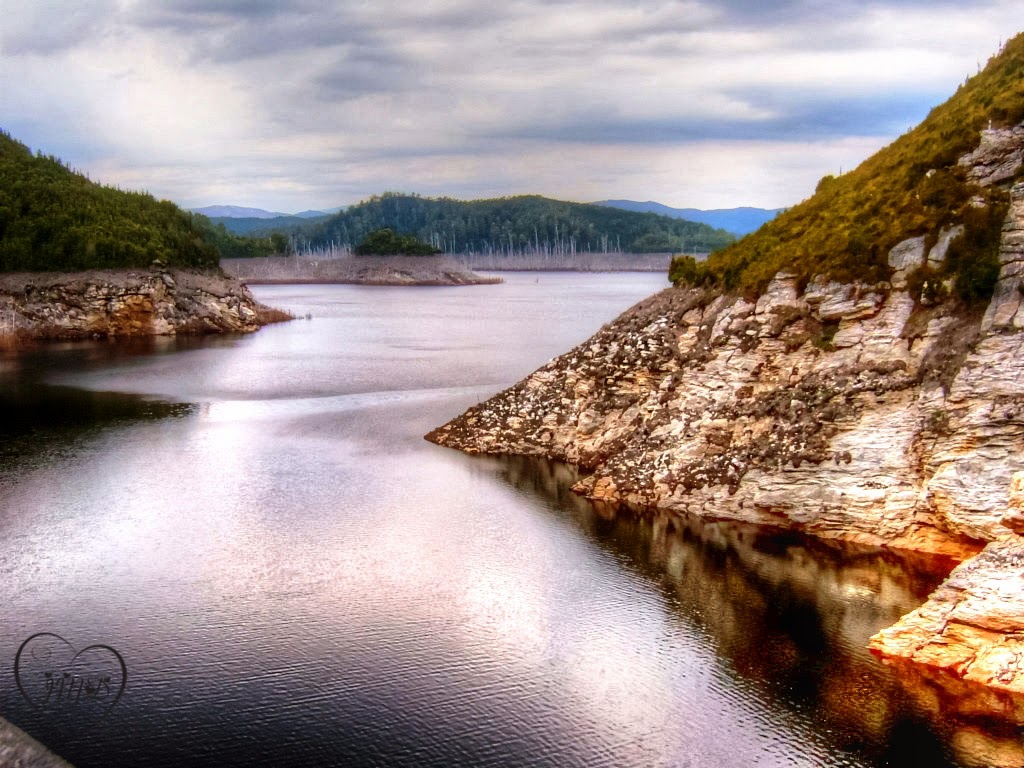 Ulverstone is a major town on the north-west coast of Tasmania, Australia on the mouth of the Leven River, on Bass Strait. It is on the Bass Highway, 21 kilometres (13 mi) west of Devonport and 12 kilometres (7 mi) east of Penguin.

The town area was first settled by Europeans in 1848, when Andrew Risby, his wife Louisa and their five young children arrived to settle and develop farmland from what was mostly a thickly forested wilderness.

The town has a good shopping centre plus a nice beach.

My husband and I took a rest from cleaning the cupboards out at my late dads house driving to Ulverstone.

I took a few photos and have posted normal and HDR. Interesting the transformation. 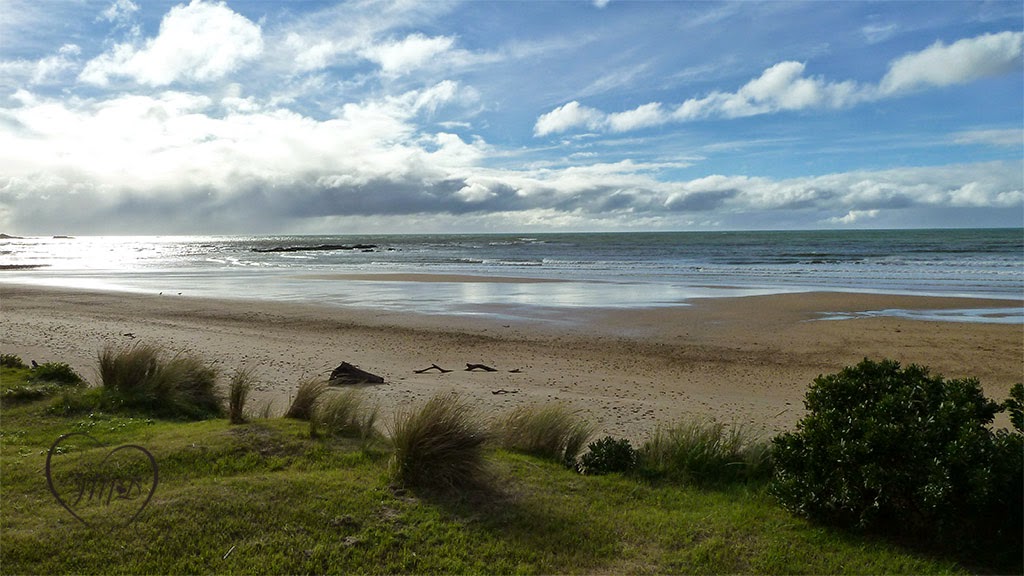 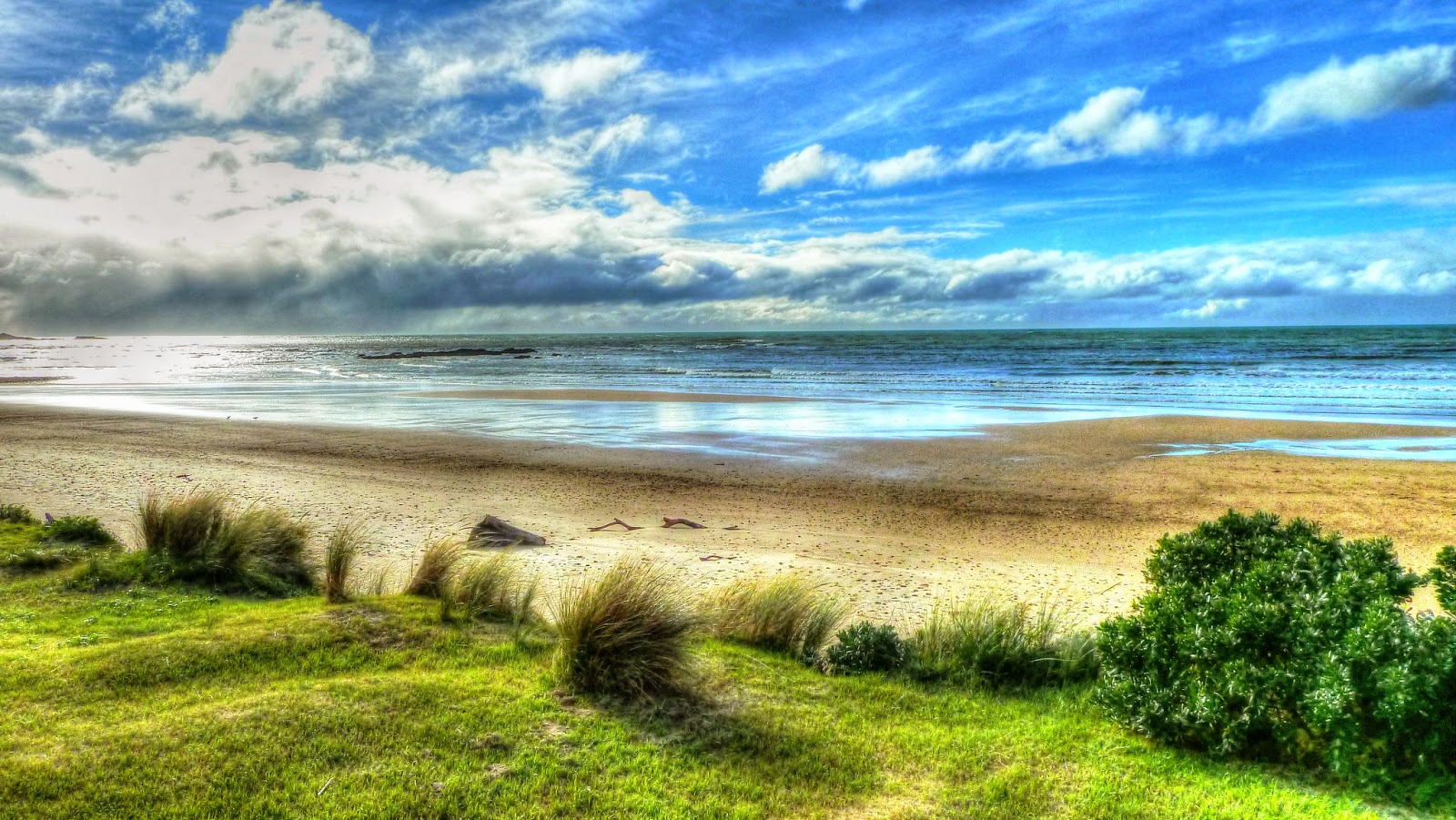 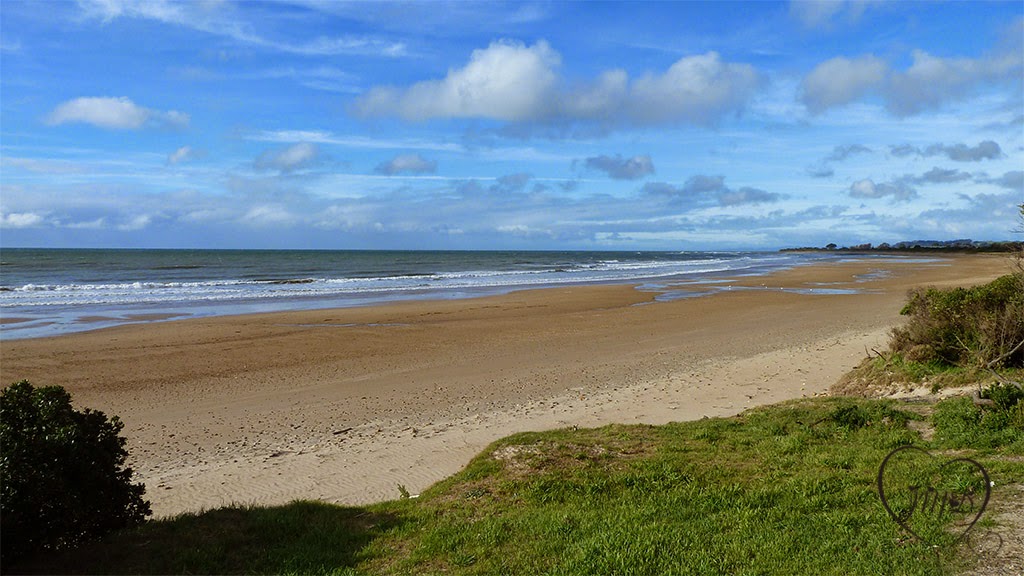 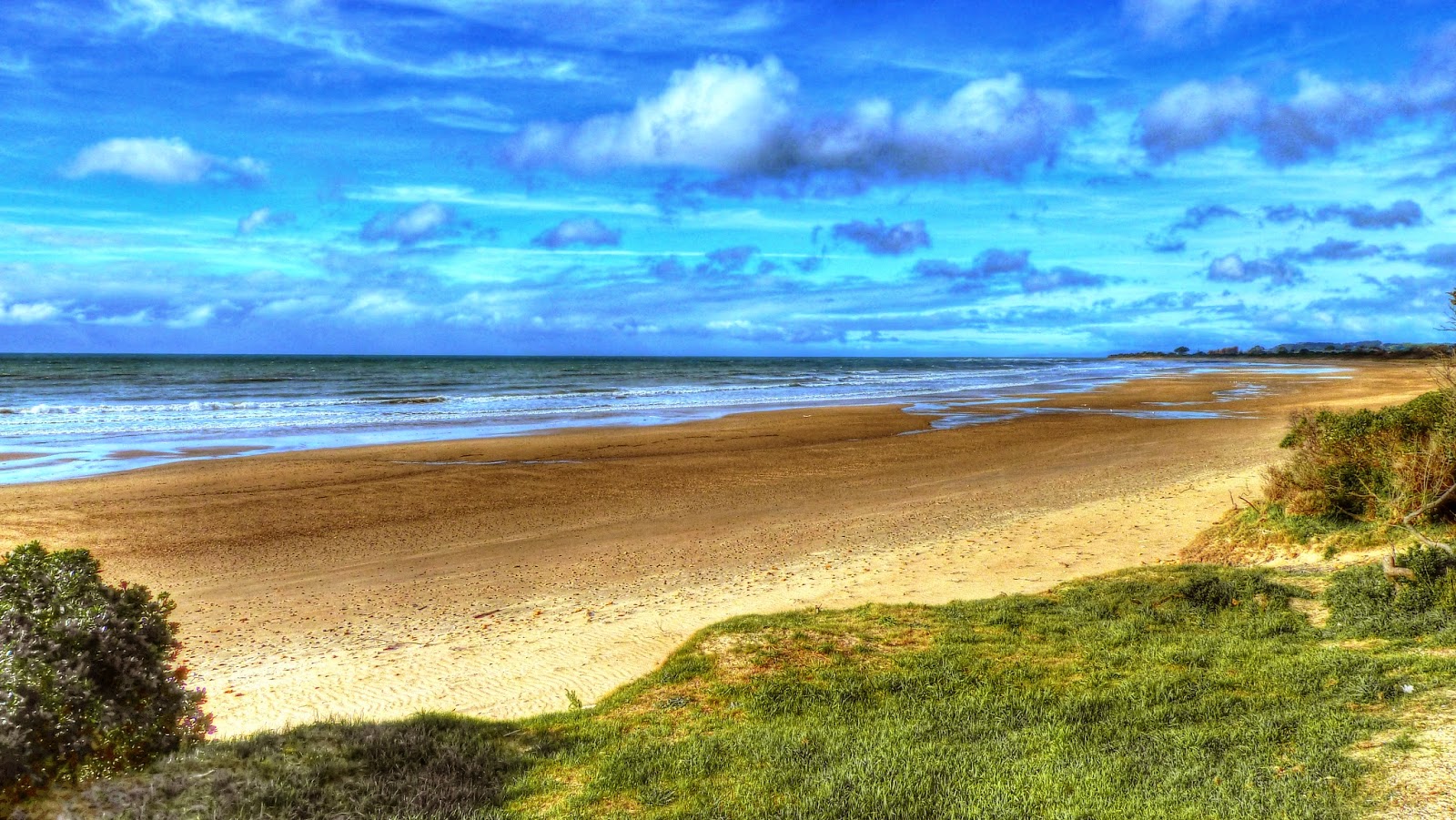 Playground, part of at the beach. 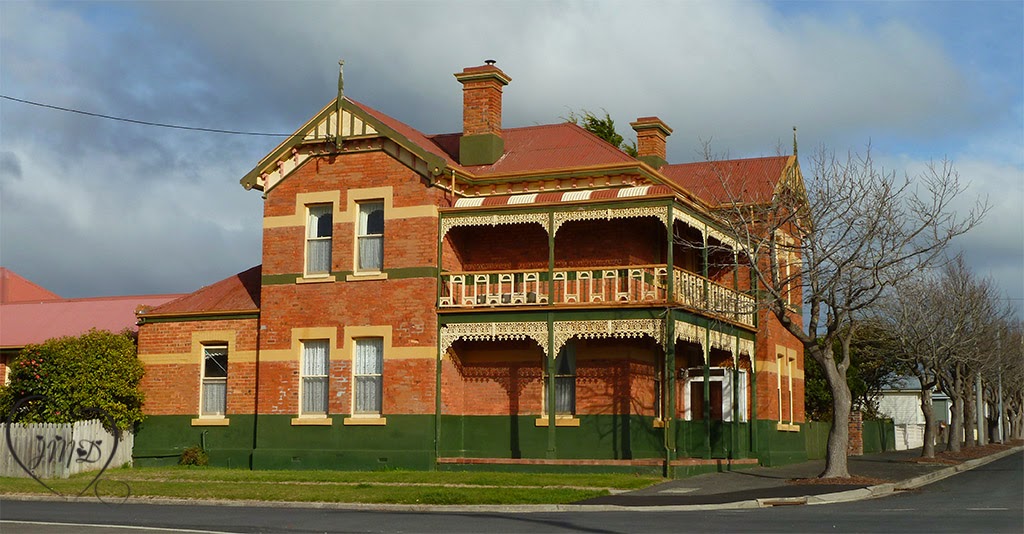 An old house at Ulverstone. 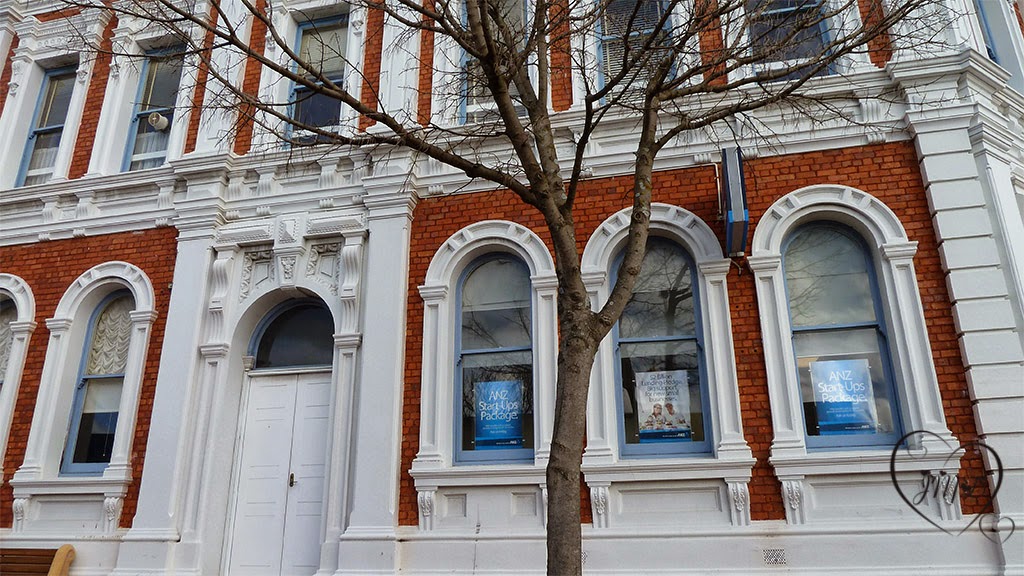 The ANZ Bank in Ulverstone, just one of the old buildings left.
Posted by Margaret D at 16:35 16 comments:

The past few days the weather has been wild and wooly.  The foam from the sea came into shore and washed over many cars along it's pathway.

The wind blew large trees over, the rain flooded rivers & closed roads, one women was killed by a fallen tree.

Today I went and took a few photos of a couple of Rivers. 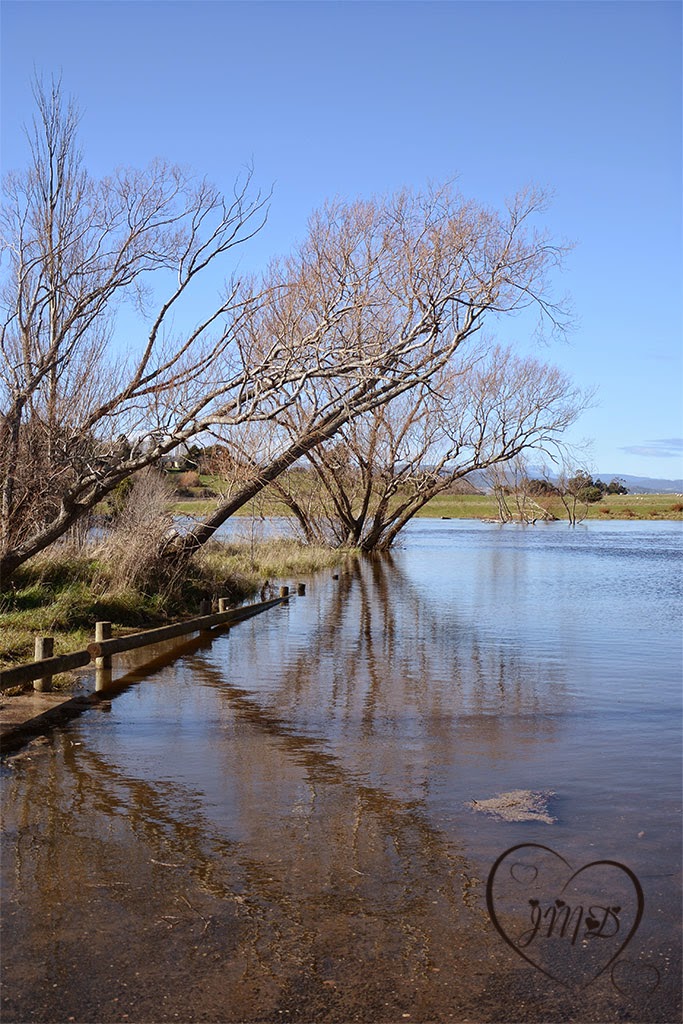 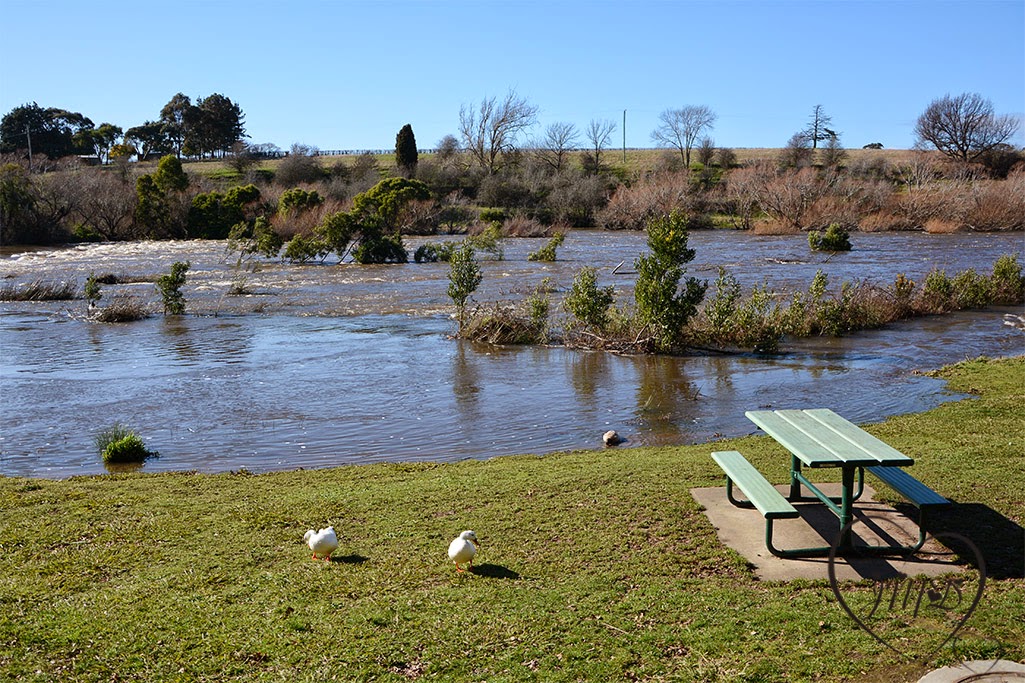 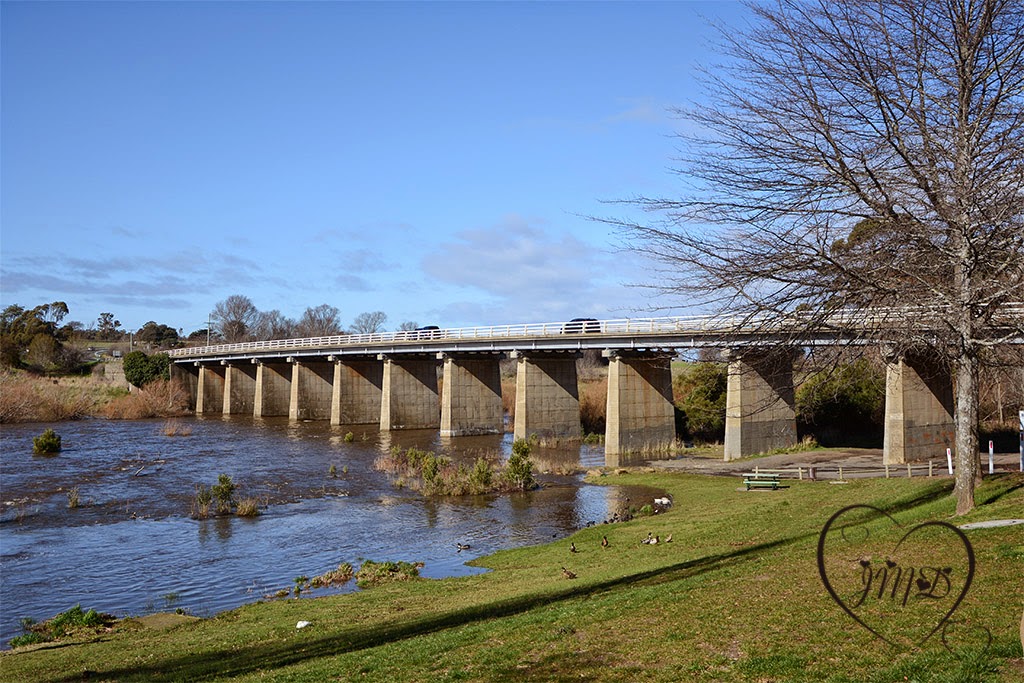 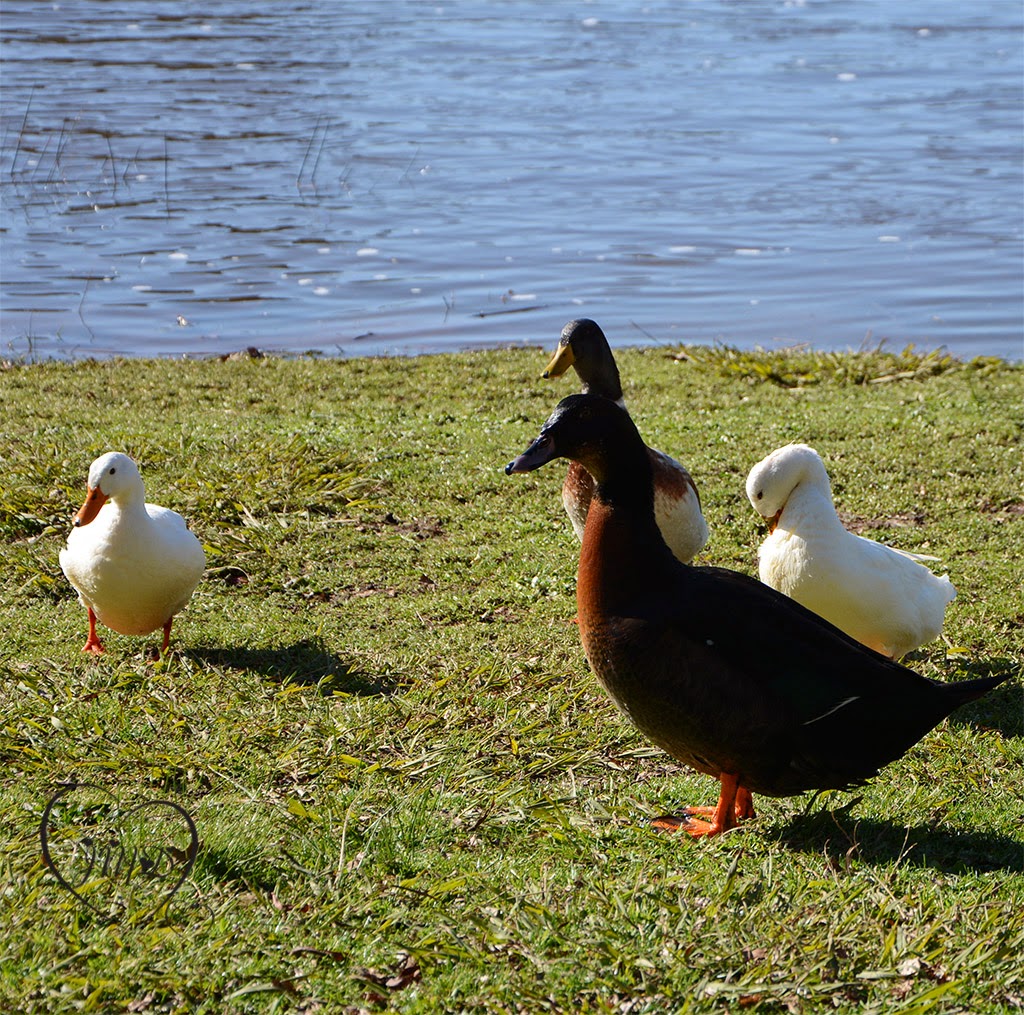