After staying nearly a week in Mackay we headed further north to Ayr to get warm.  The tropics are not always warm in the dead of winter.

The bridge is part of the Highway.
The Burdekin Bridge spans the Burdekin River between the towns of Ayr and Home Hill, Queensland, Australia. Located on the Bruce Highway which is part of Highway 1, it is an important link in the national road network.
Originally, it was thought that the bridge could not be built in its present location. No trace of rock could be found on which to build the bridge foundations. In 1946, two high-ranking Government engineers visited India to inspect a number of bridges built on sand foundations. The same technique was used for the Burdekin Bridge and it is the only bridge in  The bridge rests on 11 huge, hollow, concrete caissons sunk into the river bed. The caissons are 17 metres across the top (measured parallel to the stream) and vary in width from 5.5 to 7.6 metres. The caissons were sunk into the river bed to a depth of about 30 metres. Add to that the approximately 20 metres that the caissons rise above the bed and the end result is some very massive pieces of concrete. Each weighs about 4,000 tons. The caissons were fitted with steel "cutting edges" to help them sink. The steel used in the cutting edges weighed 238 tons.
Wikipedia 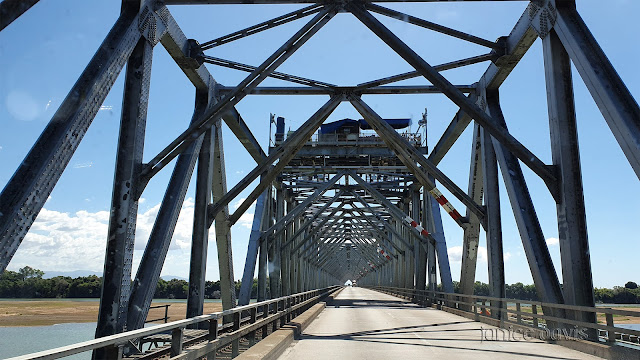 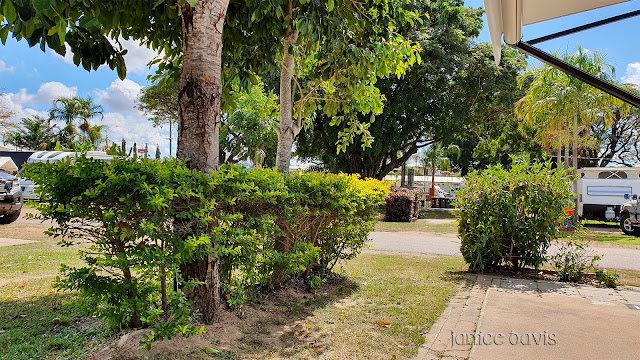 Where we were parked in the Caravan Park at Ayr, Queensland.
It's hard to believe that we travelled a long way to get warm in winter last year.
Everywhere was cold expect at Ayr, but on the way home it was warm in most places. 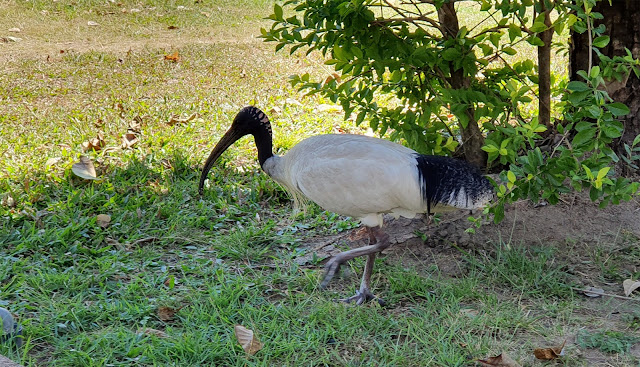