The site of Gundagai originally a sheep run called Willia Ploma, was surveyed ij 1838, and the town, a former riverport derived its present name from an Aboriginal term meaning 'going upstream'.  A disastrous flood in 1852 drowned 89 townspeople.

We stayed two night in Gundagai giving us more time to look around. Last year we didn't drive into town only stopped on a hill to have lunch.

The first photo was taken not that far from Gundagai. 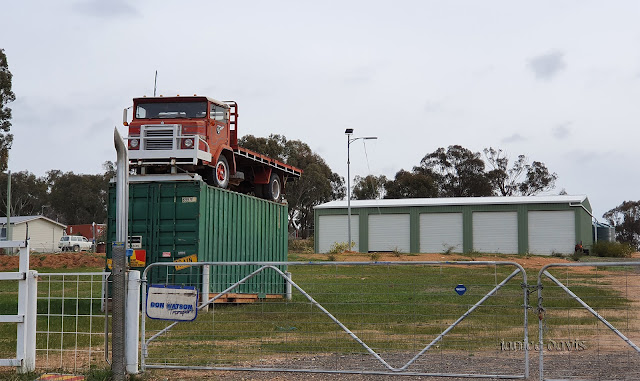 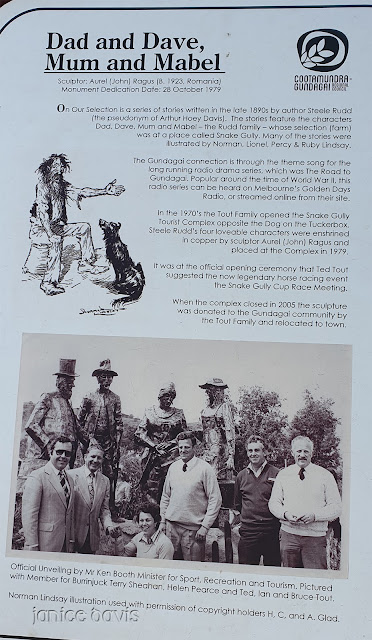 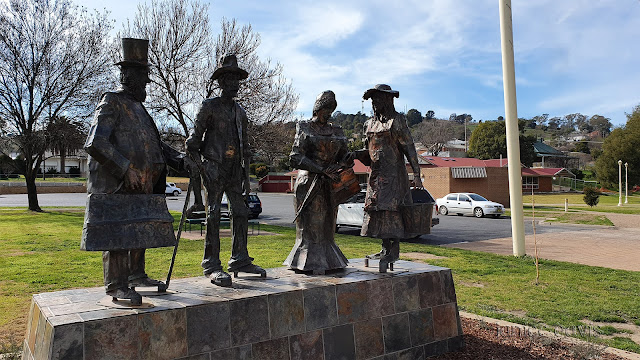 During the 1930's the characters became the basis of a popular radio series, Dad and Dave.
There was Dad and Dave from Snake Gully on the radio which was created by radio actor and producer George Edwards, the series ran for 16 years - an astonishing 2,276 episodes - finishing shortly after Edward's death in 1953.
For those interested you can here the very first episode of Dad and Dave [ here ].  The audio/episode goes for 12 minutes and it's priceless. 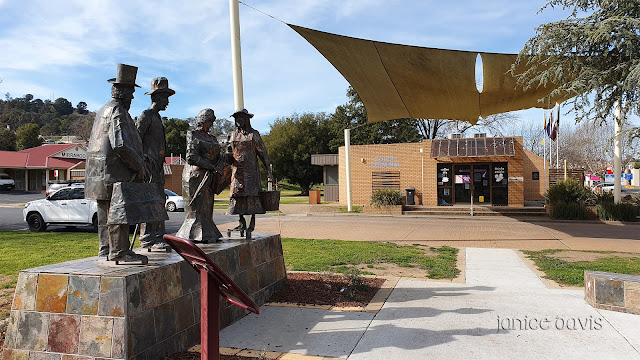 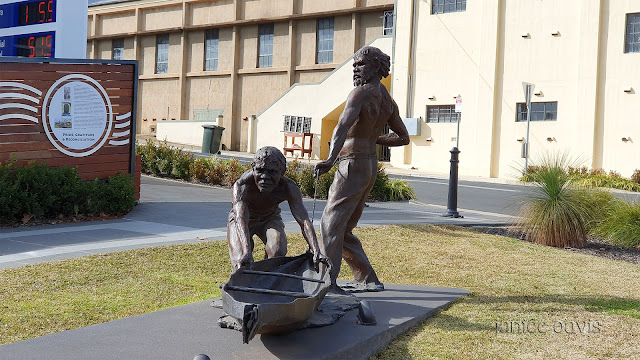 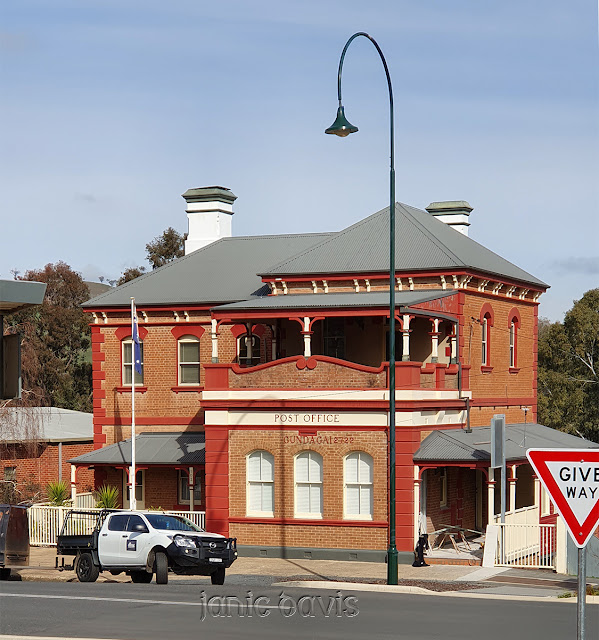 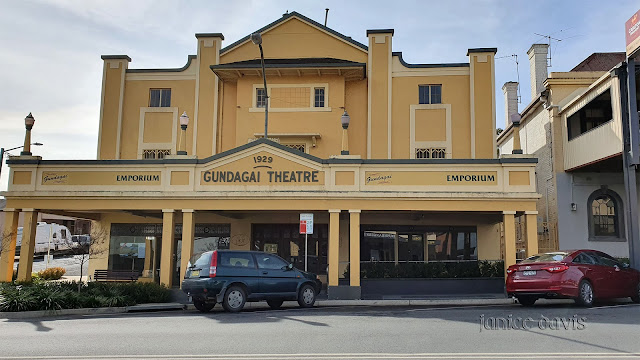 One of the Hotels - Pubs. 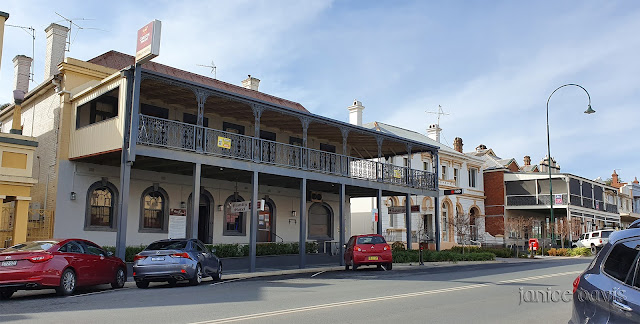