Frank Rusconi born in New South Wales (NSW), Australia was the son of a Swiss goldminer and monumental mason.  After his mother's death, the family returned to Switzerland while Frank was a child. At 15 years of age he was apprenticed first in Italy and then Switzerland in the marble trade.
Frank returned to NSW in 1901.  He worked with his brother and father near Orange, NSW in a marble quarry they had discovered and developed.
Frank settled at Gundagai in 1905.  He died nearly 60 years later in nearby Cootamundra having been an active member of the Gundagai community since settling there.

Rusconi's Masterpiece took 28 years to build and was commenced in 1910 and finished in 1938.
It is made entirely of NSW marble, in all, 20 different kinds.  The architectual design is the builder's own creation, yet he bore in mind the Baroque of the 17th Century, curves in preference to straight lines, heaving ornamentation, and the use of large amounts of varied coloured marble.

The masterpiece is a magnificent example of meticulous accuracy.  No plans of any kind were used during its construction.  Each section was finished then put away, for assembly on completion on the whole work.
Wikipedia and the Information centre in Gundagai.

We enjoyed looking at this masterpiece inside glass to keep it safe at the information centre.
Views of the masterpiece at different angles.  The colours of marble are just amazing when seeing it in reality. 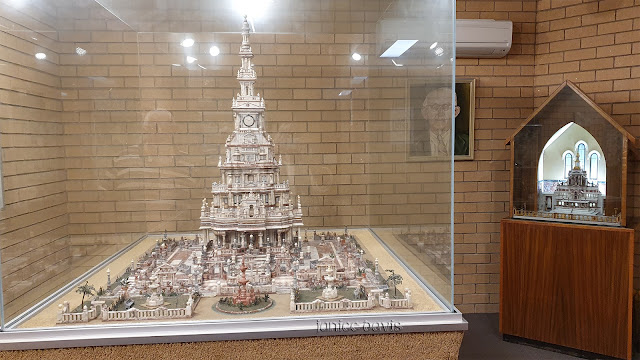 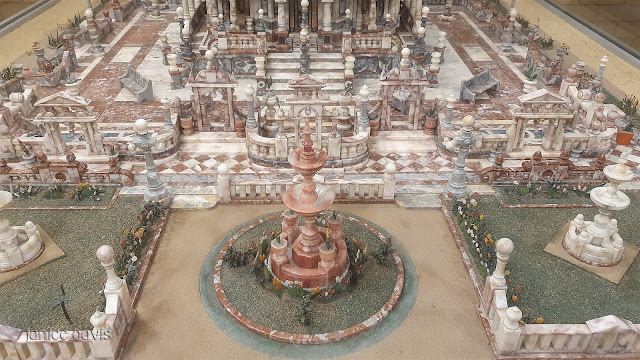 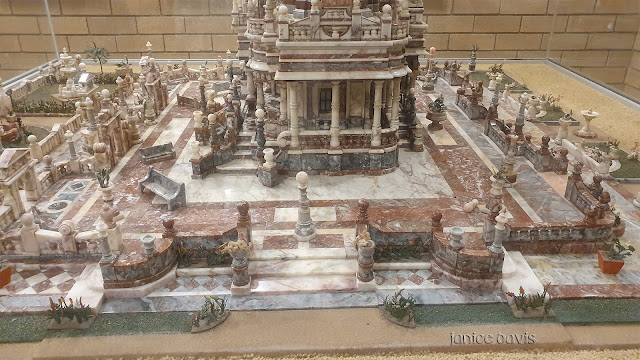 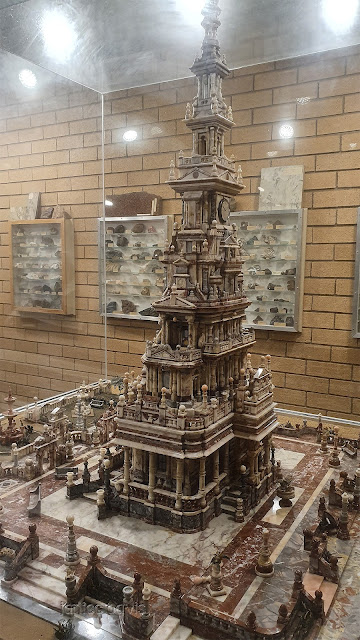 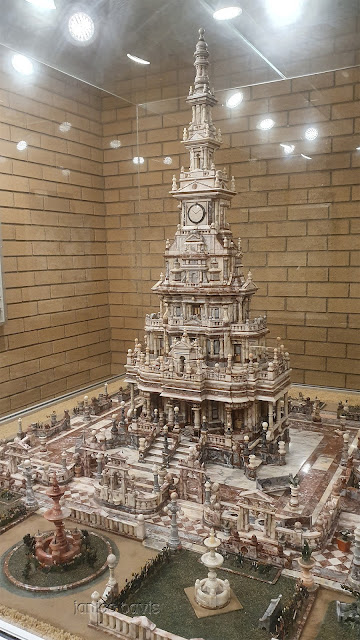 This is another he did below. 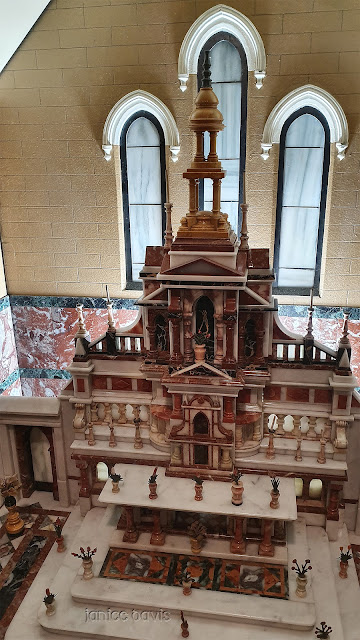