The Batman Bridge built in 1966 - 1968 was the first cable stayed bridge in Australia.  It was named after John Batman, a Tasmanian pioneer and the founder of the city of Melbourne.
We crossed the Batman Bridge to go west then down South to Launceston along by the Tamar River to home.
Blackwall is the name of the place where the remainder of the photos were taken.
The second photo was a reflection of the sun setting. 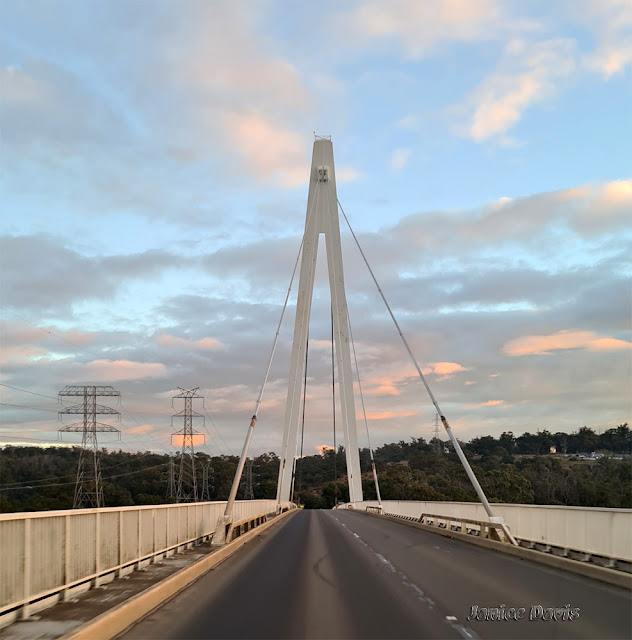 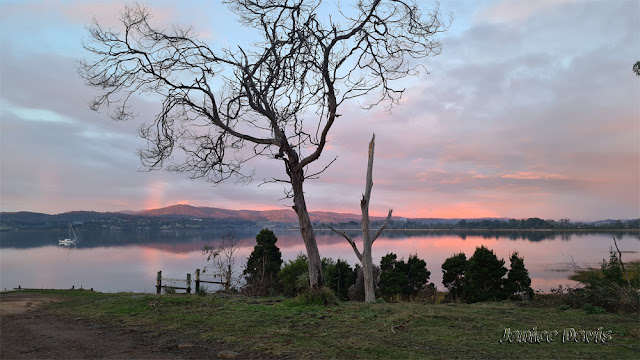 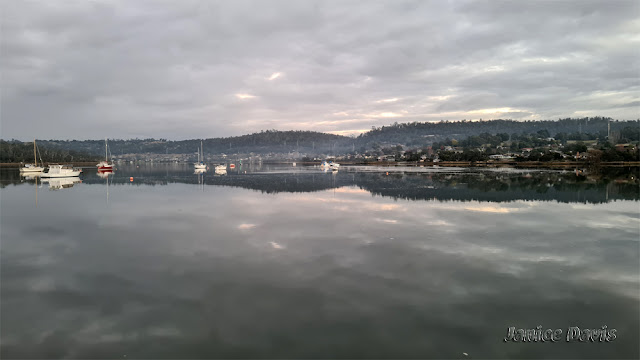 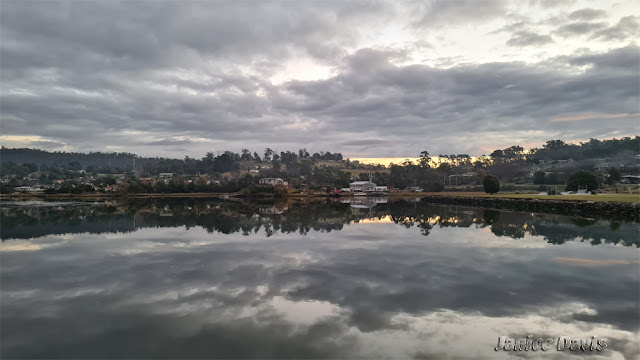 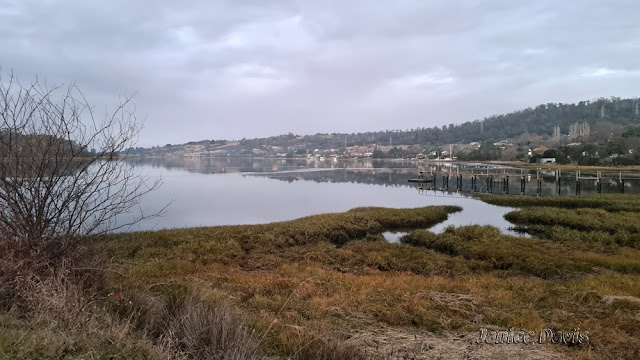