After viewing  Lake Pedder in March 2020 we headed around to the Gorden Dam in this remote area of in the South West of Tasmania.  It was raining as one expects it to there.  We last visited in 2014.

A little information on Lake Gordon.
Lake Gordon is a reservoir created by the Gordon Dam on the upper reaches of the Gordon River in south-west Tasmania, Australia. The reservoir was formed in the early 1970s as a result of the dam construction by the HEC. (Hydro Electric Commission) It was the largest and most controversial hydro-electric power scheme in Tasmania.

Lake Gordon has a surface area of 272 km2 (105 sq mi), with storage capacity of 12.5 km3 (3.0 cu mi) of water, the equivalent of twenty-five times the amount of water in Port Jackson. (Sydney Harbour).
Lake Pedder is connected to Lake Gordon through the McPartlans Pass Canal. 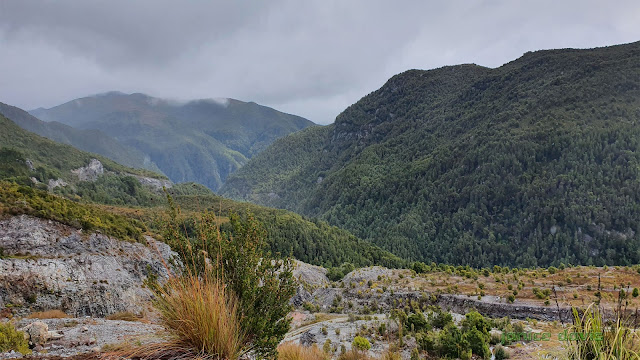 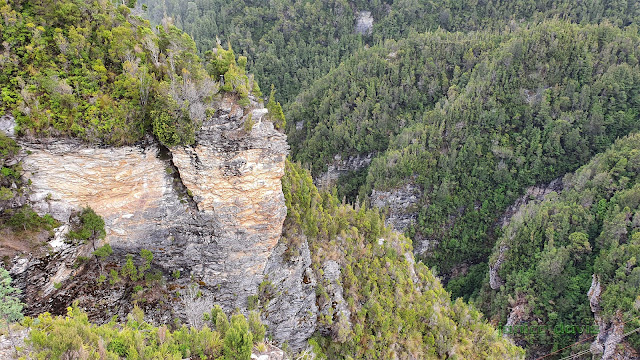 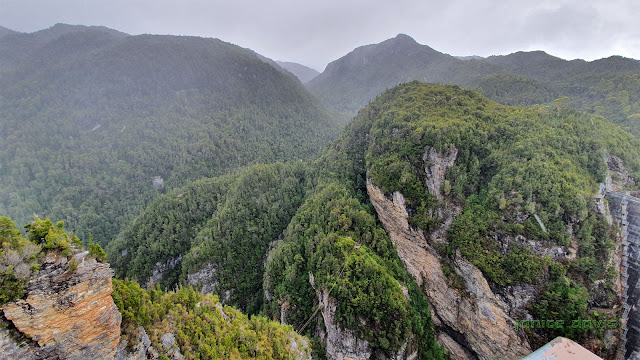 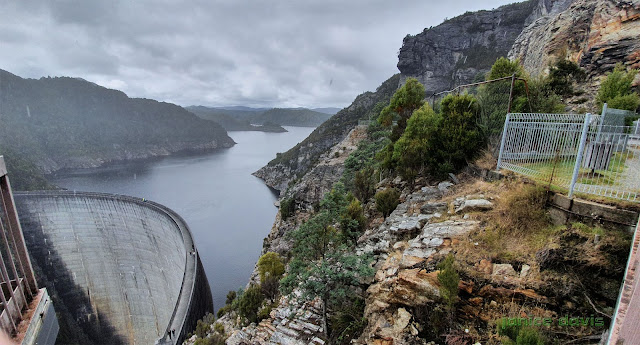 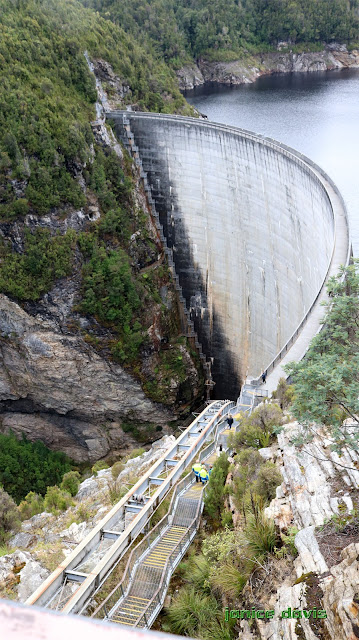 There are 196 steps down to side of the hill to be able to walk across the dam which is wider than it looks, we didn't do it this time due to rain, but don't think I could do it now I'm older. 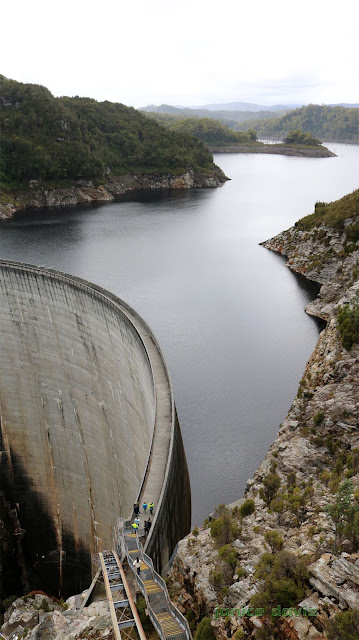 Below is Seesaw Mountain, not listed on the maps of today. Taken on our way back to New Norkfolk. 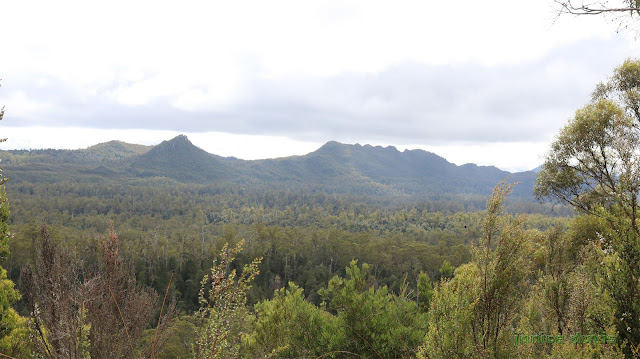