The unexpected in Orange, NSW

From Holbrook we headed to Orange having never been there.  What a surprise when we woke the next morning - hard to believe because never before have we seen such a sight.  We stayed in Orange 3 nights.

Reading the elevation one can see why the following photos are as they are.
This is what greeted me in the morning - never seen such a frost, we had 2 in a row.  These photos are of part of the caravan park, the outlook is part of the showground where two men were training their dogs. 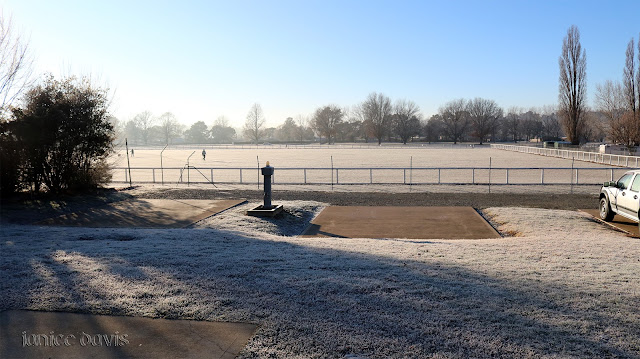 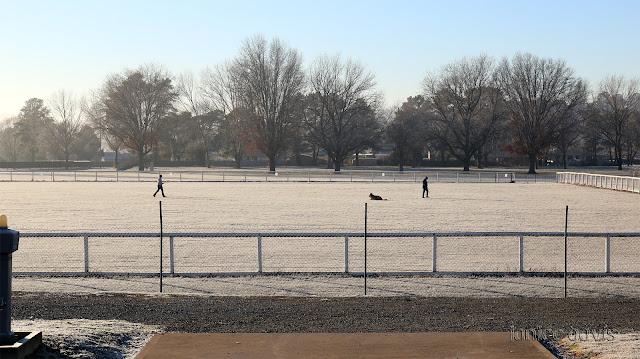 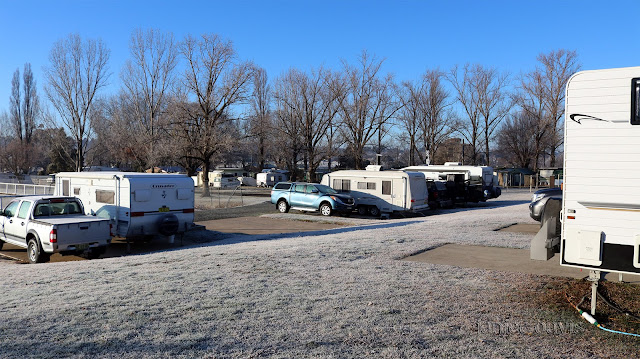 That is our caravan on the bottom photo on the right. 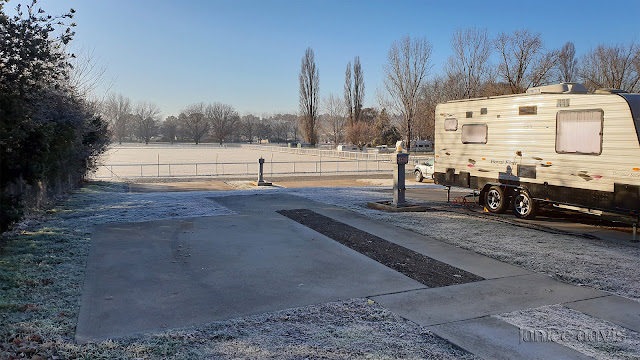 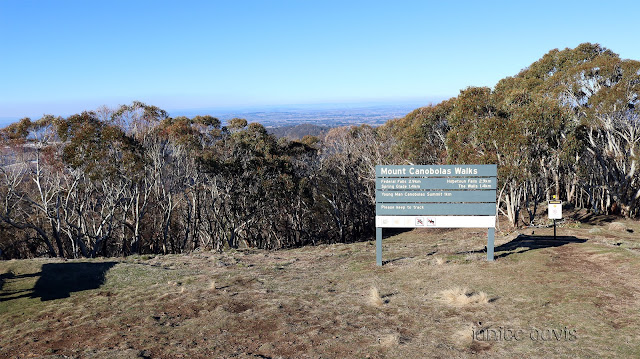 It was spoken of the great vies on Mount Canobolas but alas at the lookout couldn't see much at all. 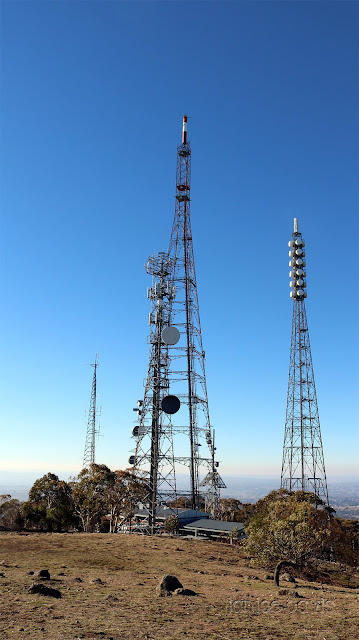 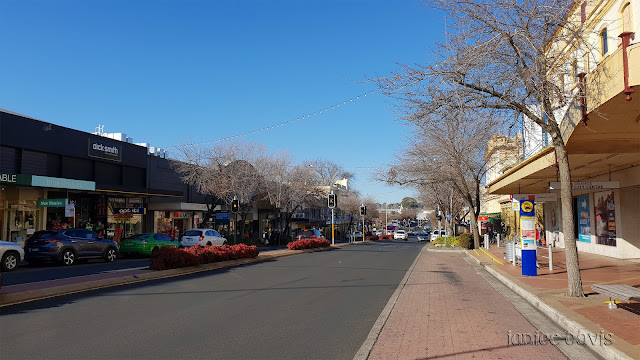 A street in Orange, typical of cities and towns in central Queensland.
Posted by Margaret D at 00:00