Lots of history, comings and goings at Port Arthur down the southern part of the State of Tasmania.
Once we could go there and have a picnic on the lawns for free.  Many a person brought a trailer and collected the fallen bricks, until one day it was decided to make the site into a tourist venture.

Port Arthur is a small town and former convict settlement from 1833 to 1853, and is on the Tasman Peninsular, in Tasmania, Australia.  Port Arthur is one of Australia’s most significant heritage areas and an open-air museum. Port Arthur was much more than a prison,  It was a complete community – home to military personnel and free settlers.  The convicts worked at farming and industries, producing a large range of resources and materials. The Port Arthur Historic Site contains more than 30 historic buildings, extensive ruins and beautiful grounds and gardens. 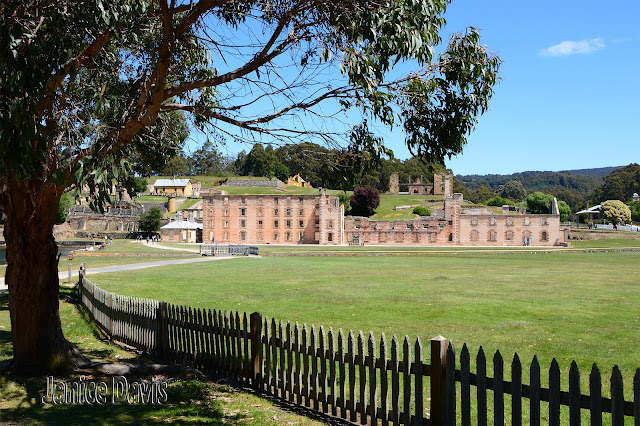 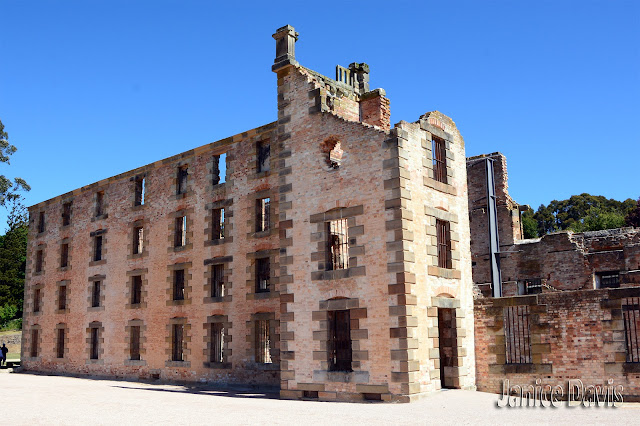 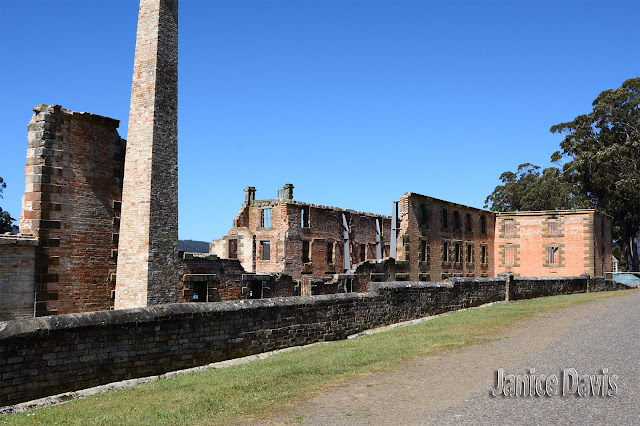 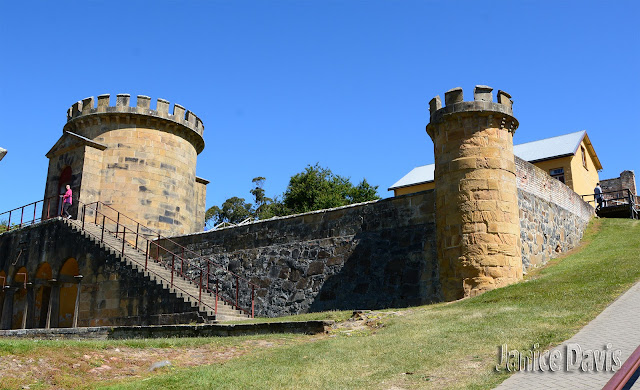 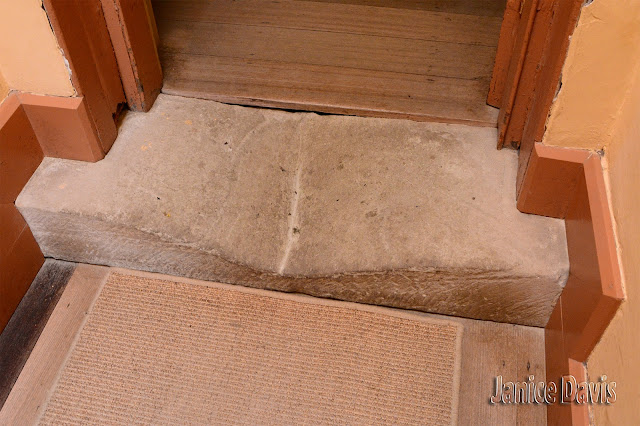 Well worn steps that lead to Solitary Confinement room.  No window, no light, nothing. 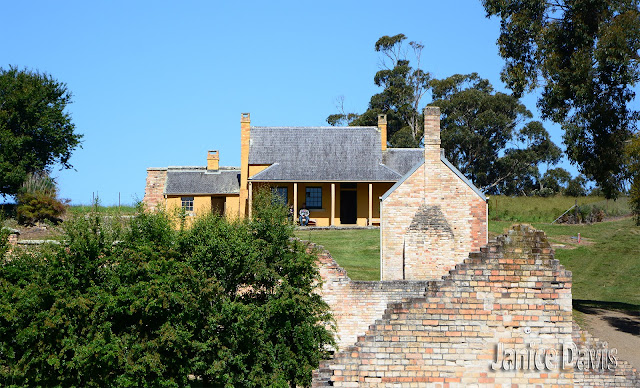 Smith O'Brien's Cottage
This cottage housed one of Port Arthur's most famous political prisoners - Irish Protestant Parliamentarian,  William Smith O'Brien. Transported for life, he was sent to Port Arthur after an attempted escape from *Maria Island.  (*A mountainous island off the east coast of Tasmania and is about 20kms in size ) 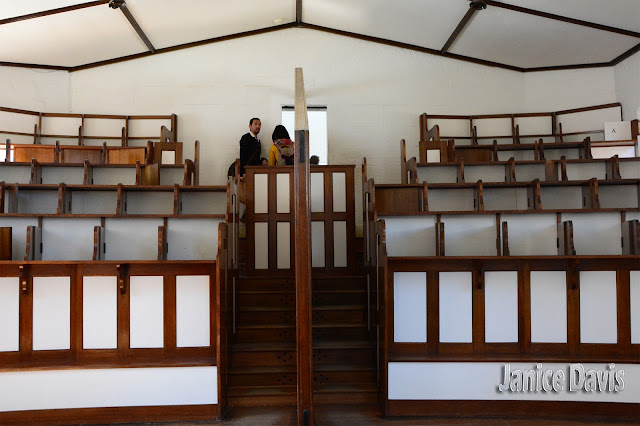 The Chapel.in the Separate Prison.  Each cubicle was separate with a locked door. 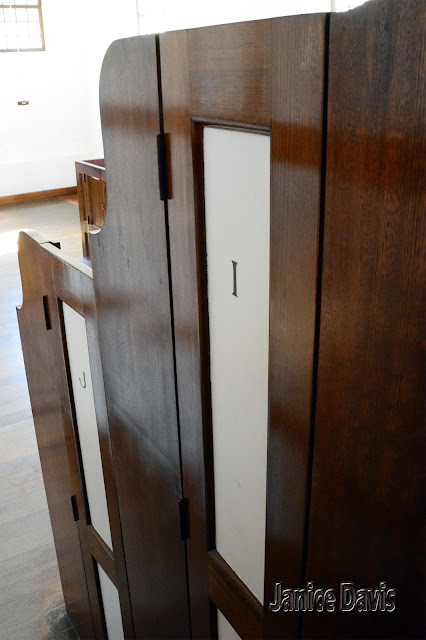 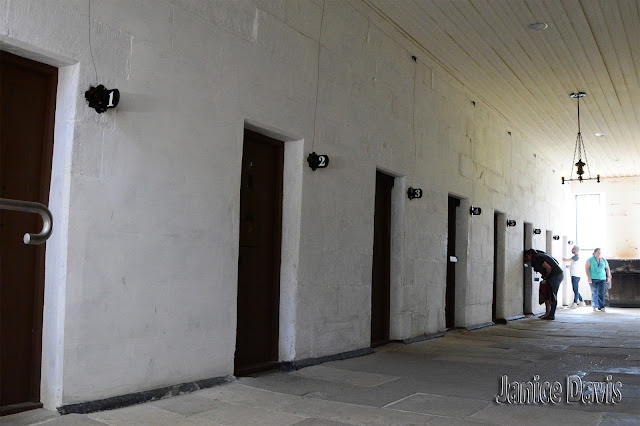 Part of the Separate Prison. 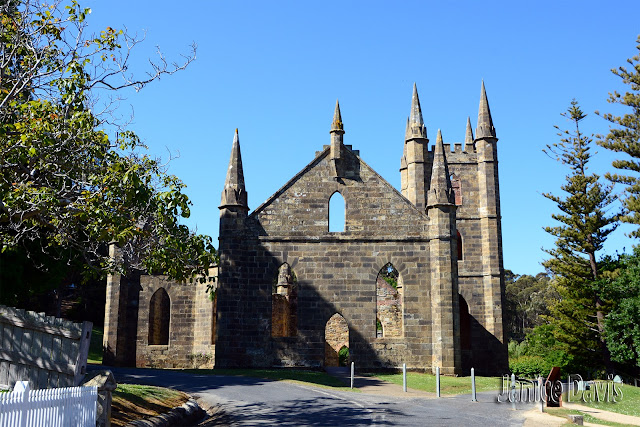 The Church represents the important role of religion in convict reform at Port Arthur.  Up to 1100 people attended compulsory services here each Sunday.  Much of the decorative stonework and joinery in the church was crafted by boys from the Point Puer Boys' Prison.
Once the Highway went around the Church.  I remember it well. 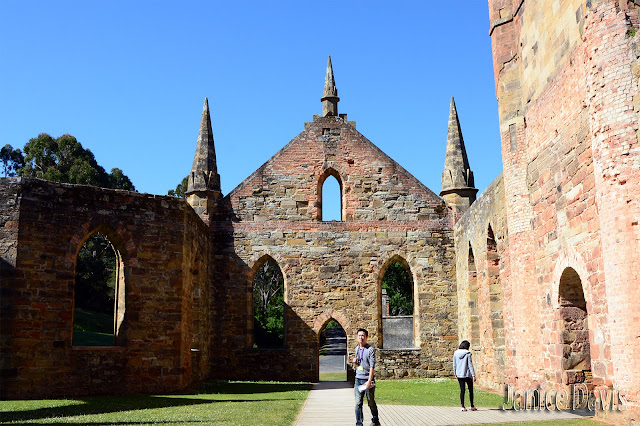 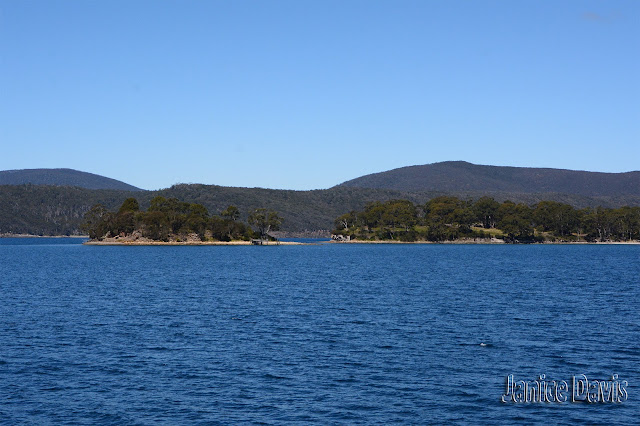 The Isle of the Dead on the left, and Point Puer on the right.

Between 1834 and 1849, 3000 boys were sentenced to go to the boys’ prison at Point Puer.  The youngest had just turned 9 years old.
To get there required a short journey on the boat, the Prison was on an island, next to the Isle of the Dead!
Point Puer was the first separate boys' prison in the British Empire.  It was renowned for it's regime of stern discipline and harsh punishment.  However, the boys received an education while some were give the opportunity of trade training. 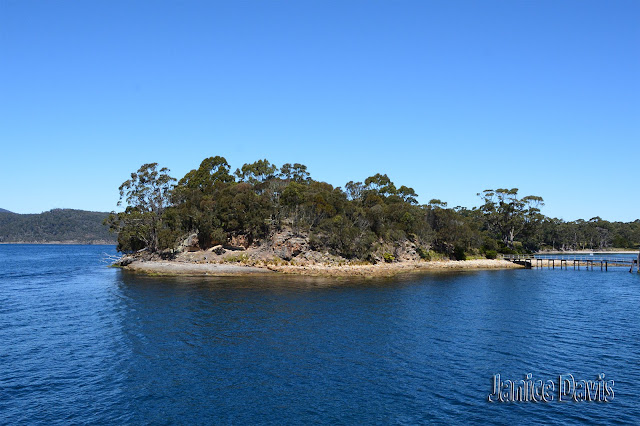 Isle of the Dead.

Between 1833 and 1877 around 1100 people were buried at the settlement's cemetery.  The Isle of the Dead is the final resting place for military and civil officers, their wives and children, and convicts.  The most common causes of death among convicts were industrial accidents, and respiratory disease.

Some gravestone from the ferry. 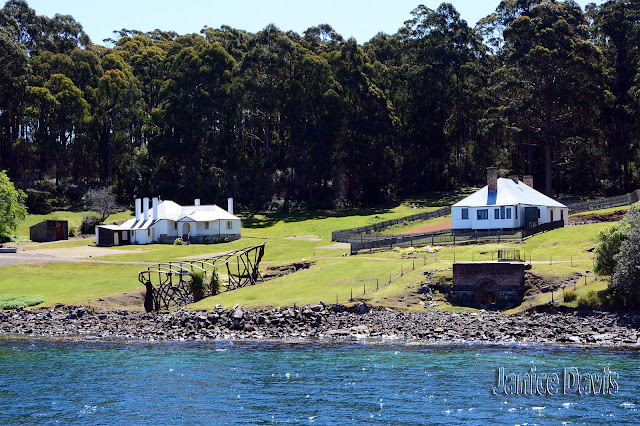 Shipwright's House, and Clerk of Works' House from the ferry.

The biggest tragedy happened at Port Arthur on April 28, 1996 when Martin Bryant killed 35 people and wounded twenty five more before being captured.  He is now imprisoned and is serving thirty five life sentences plus 1,035 years without parole in the psychiatric wing of Risdon Prison in Hobart. Tasmania.
This shooting spree banned all guns in Australia, except on farms/pistol, guns clubs etc and of course a license is required, 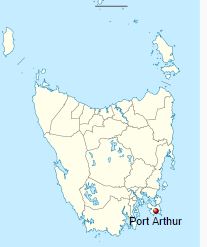 The map of where Port Arthur is in Tasmania.
Posted by Margaret-whiteangel at 00:00