On the way to Mildura, Victora

Stayed at the Webberburn Caravan Park  in Victoria on our first night and saw this sweet little cottage with the story attached at the entrance to the Caravan Park.

Mr & Mrs Stokes arrived in Wedderburn in 1933 and early the following year Mr Stokes died leaving Mrs Stokes living in a little home made tent alongside the reservoir drain. Bruce Robertson, who lived with his family in the town later described the place as “a shocking place to live! It was a bag tent, home made, sewn together, plastered with flour and pipe clay to try to run the water off. When it did rain, they got equal amounts of water in and out”.

Bruce, who was 11 years old, said to Mrs Stokes one day, “What say we build a little mud brick cottage for you?” an so they set to. They made the bricks, “just so many so we could go on”. Bruce made the mould and the mixed “the white quartz stone and loamy sort of soil that won’t crack like clay and is more durable” and let them dry.


They needed slate for the foundations, so with Jimmy, an old draught horse, they went out in the spring cart to get the slate. No damp course because they had no money for tar or bitumen. When it came time to lay the bricks, Mrs Stokes mixed up the mortar and Bruce did the brick laying.
At first Bruce had only weekends to work as he was at school. Leaving school early and while working for his uncle, Graham Ross, he had Wednesday afternoon off and “that speeded it up a bit”.

The house has a double fireplace, for fireplace and stove and a dirt floor. The doors, windows and stove were found in an old disused farmhouse. Timber was “anything Dad had laying around” and “Dad helped me put the roof on” said Bruce.
Having just started to plaster the walls inside, they realised that the wet weather was starting and “there was no way you could keep her out, even with a big stick” Bruce said of Mrs Stokes, so she moved in and lived there until 1979.

Mrs Stokes died aged 93 at the Korong Bush Nursing Hospital in 1982. In 1983 the house was moved from the Crown Land on which it was built and re-erected by the Shire at the Pioneer Caravan Park as a memorial to Mrs Nancy Stokes. 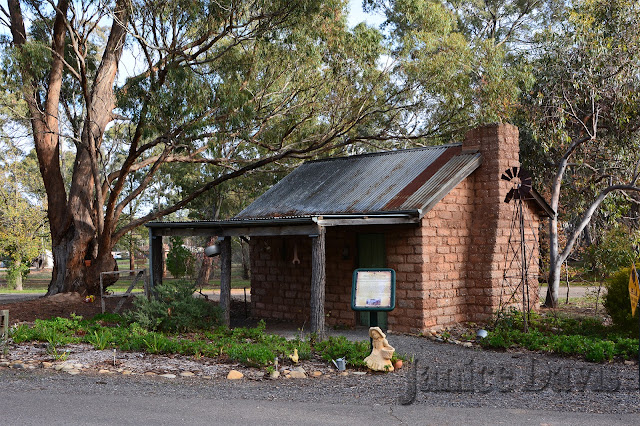 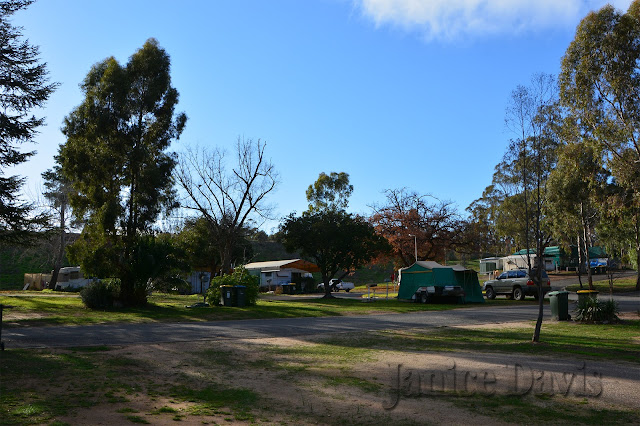 The Caravan Park at Wedderburn, Victoria. 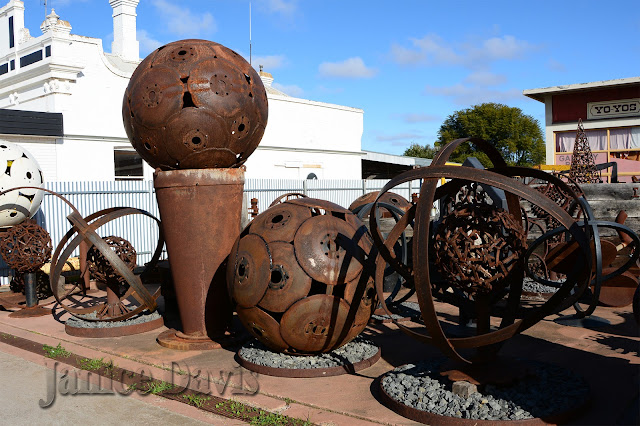 Came across these old discs at Wycheproof a small town. 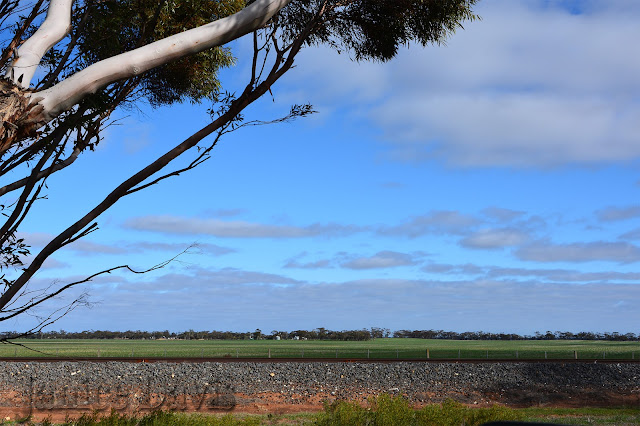 Wheat growing, and an indication how flat that part of the country is. 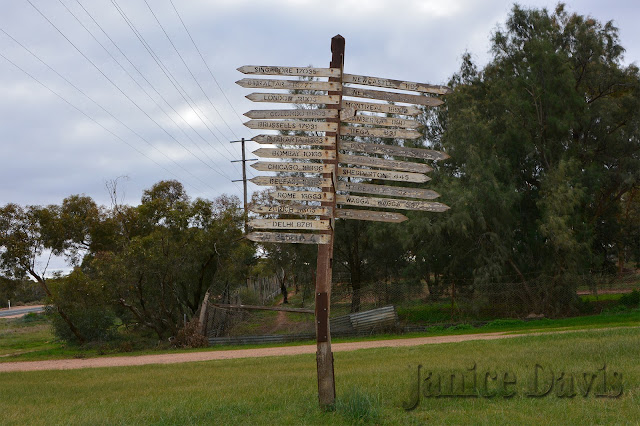 A sign to say how far some places are in this world.  Need a good paint and redo.
If you wish to see how far places are it's possible if you make the image larger.
This was where we bought some diesel at Hatta where we have done 640km from home.
Posted by Margaret D at 00:00