The Devils Marbles is a cultural and spirtual signifacne to the traditional Aboriginal owners of the land, and the reserve protects one of the oldest religious sites in the world as well as the natural rock formations found there.

The origin of the English name for the same boulders is the following quote:

This is the Devil's country, he's even emptied his bag of marbles around the place! -
John Ross, Australian Overland Telegraph Line expedition, 1870.

Some of the information is from Wikipedia.

At the Reserve there is a Free Camp which means Motor Homes, Caravans can park there for Free.
After driving and seeing 'flat' country the Devils Marbles was something different to look at.

It's amazing how in the middle of desert there are natures boulders. 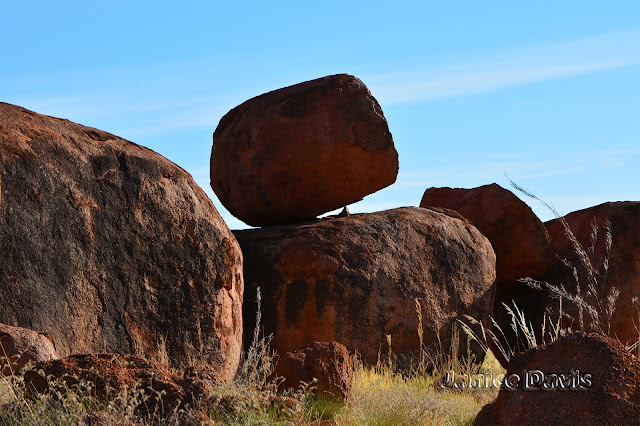 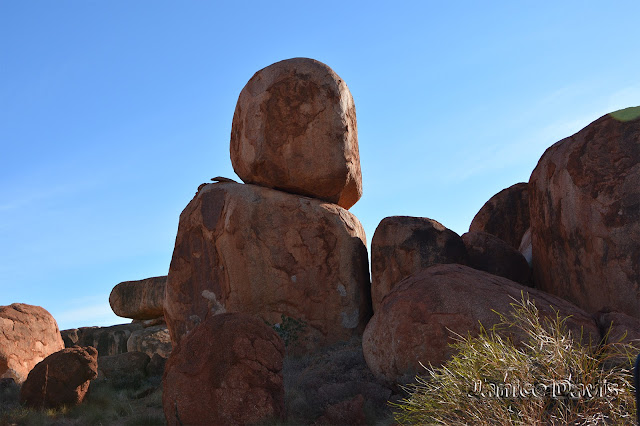 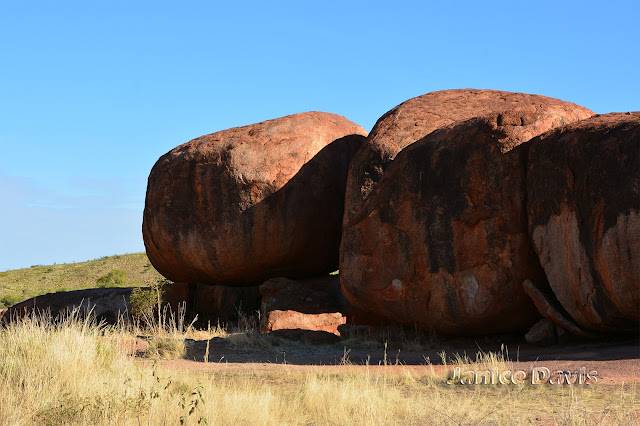