Castlemaine, Victoria is a small city. The name came from Captain W. Wright, in honour of his Irish uncle, Viscount Castlemaine.
The first settlers or squatters arrived in 1837 to establish vast sheep runs after Major Mitchell passed the region in 1836. Major Thomas Mitchell was an explorer of south-eastern Australia and was born in Scotland.
Castlemaine is also know for it's Gold in the past.
Gold was discovered in 1851 around the area by Christopher T Peters, a shepherd and hut-keeper. After the gold the town/city became known for it's breweries, iron foundries and a woolen mill along with a few other industries...Thanks Wikipedia.
The city is not that far from Melbourne, Victoria as in about 120 km.
We called into Castlemaine for a short visit on our way home and did a stroll up the street. 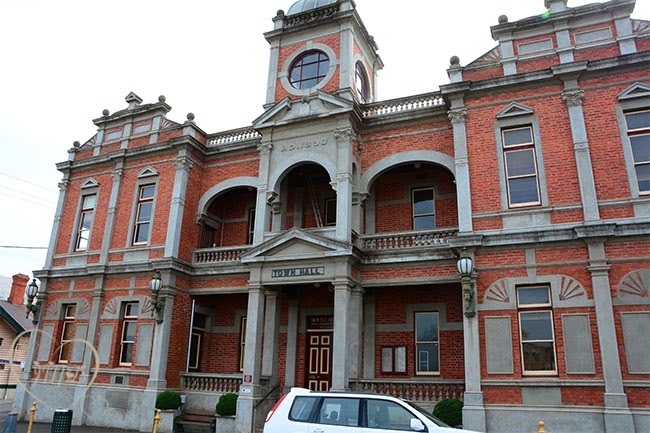 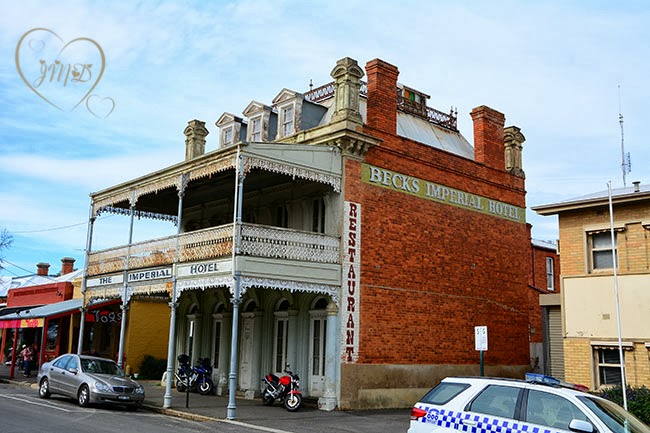 Once a Hotel/Pub now a Restaurant I believe. 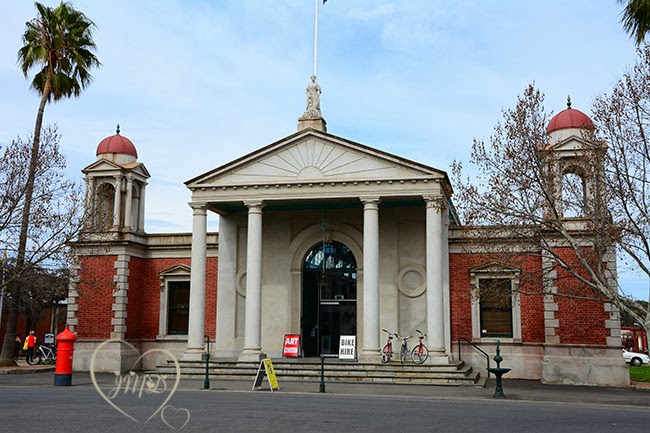 I am not sure what this building is used for, apart from bike hire and art. 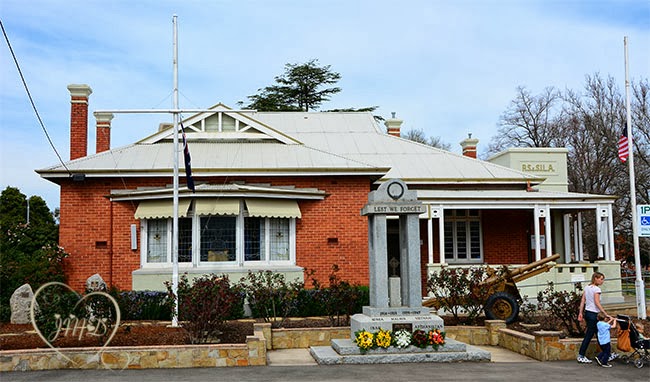 The Warm Memorial and the RSL.  Return Serviceman League. 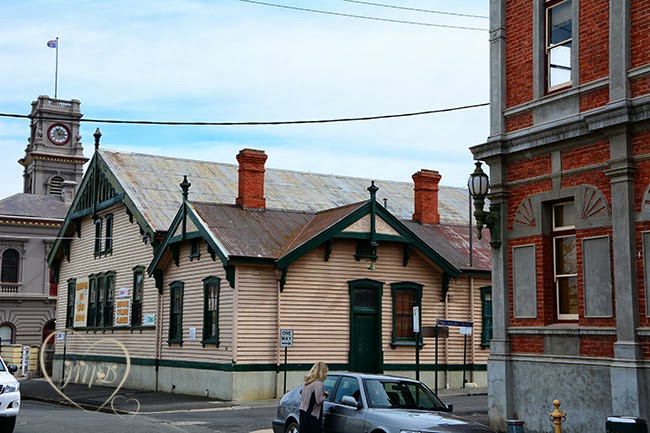