London Arch is an offshore natural arch formation in the Port Campbell National Park, Australia. The arch is a significant tourist attraction along the Great Ocean Road near Port Campbell in Victoria.

The span closer to the shoreline collapsed unexpectedly on 15 January 1990, leaving two tourists (Kelli Harrison and Davis Darrington) stranded on the outer span before being rescued by helicopter.
No one was injured in the event.  Prior to the collapse, the arch was known as London Bridge because of it's similarity to it's namesake.
Wikipeadia

The sea below is from another lookout along the Great Ocean Road. 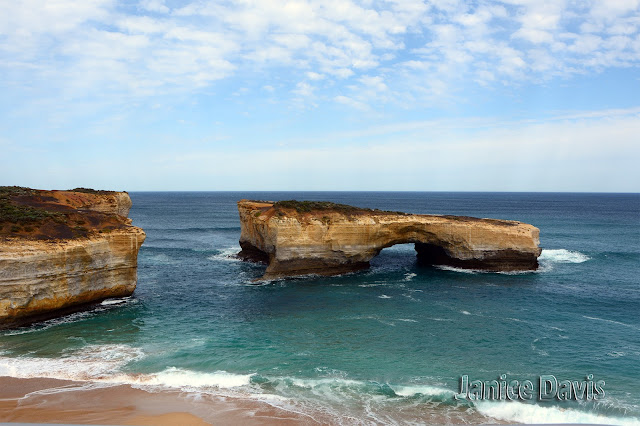 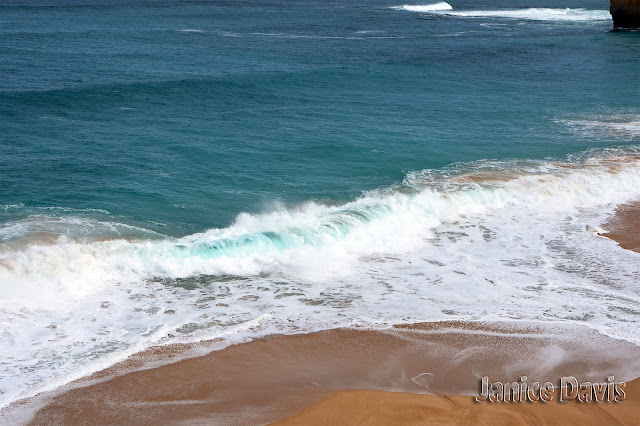 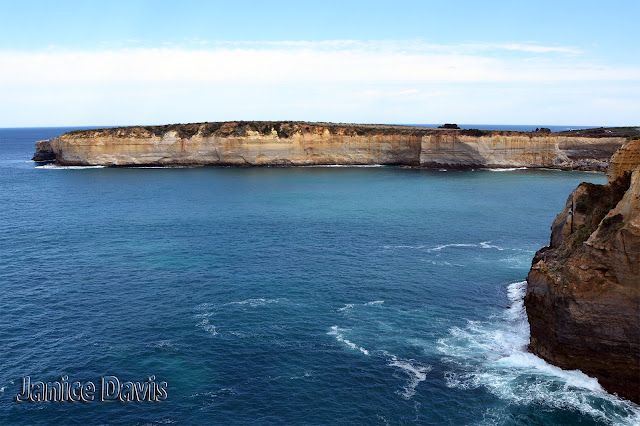 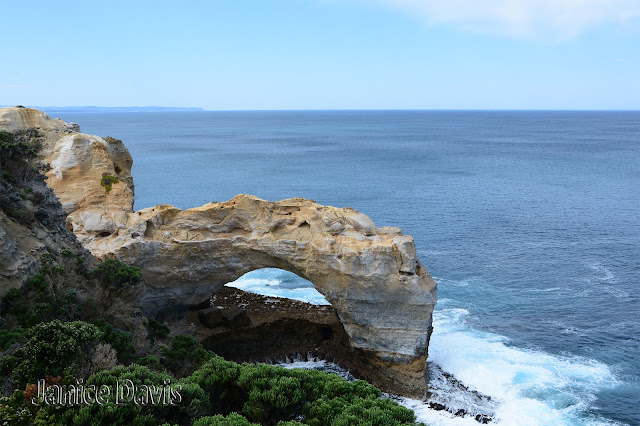 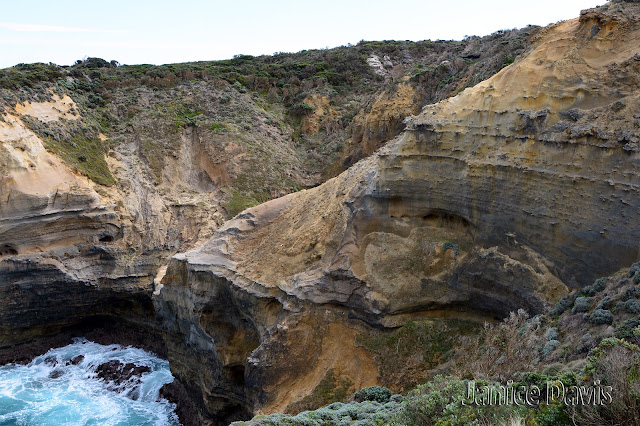 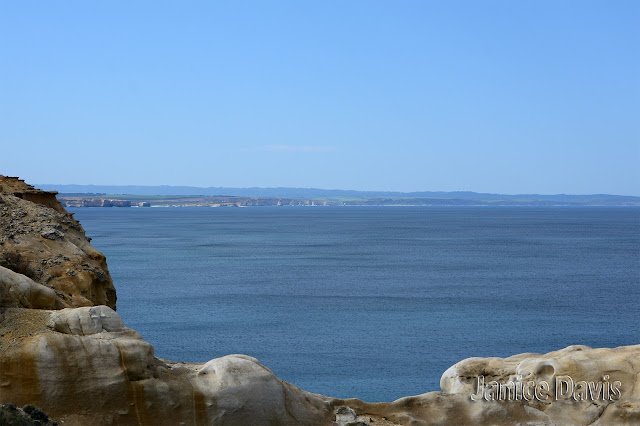