Geikie Gorge National Park is a national park in the Kimberley region of Western Australia, 1,837 kilometres northeast of Perth and approximately 420 km east of Broome by road.
The Gorge is not far from Fitzroy Crossing in WA.

Geikie Gorge has been carved by the Fitzroy River through part of an ancient limestone barrier reef which snakes across the west Kimberley. It was laid down in an ancient sea that covered a large part of the Kimberley in Devonian times, some 350 million years ago.

There are Freshwater Crocodiles up the Gorge, these are smaller than saltwater ones. 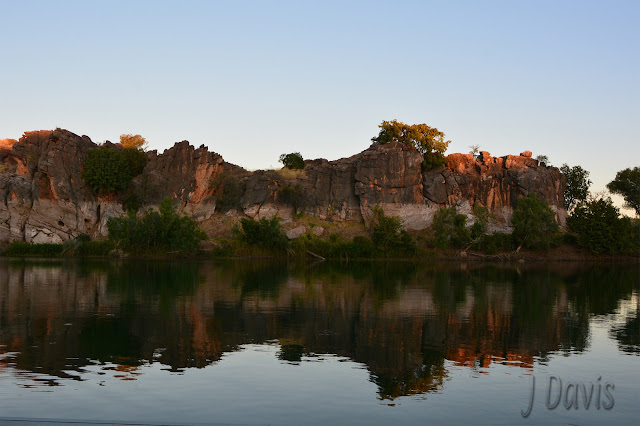 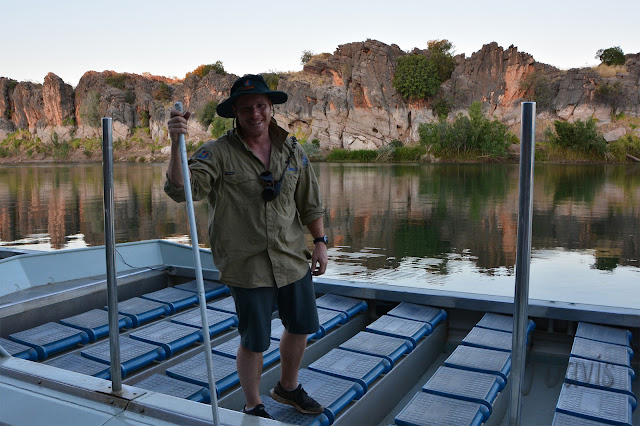 The Guides on the tour. 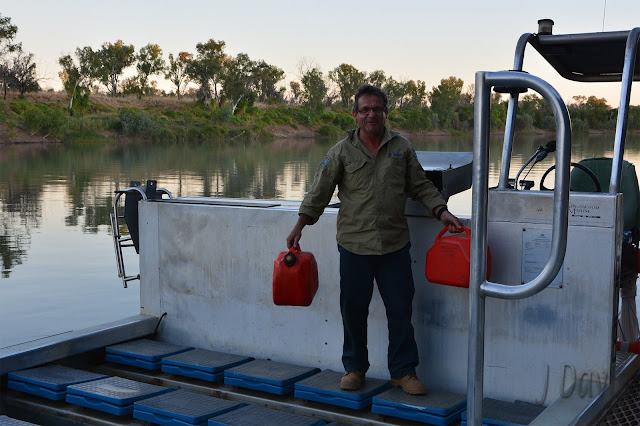 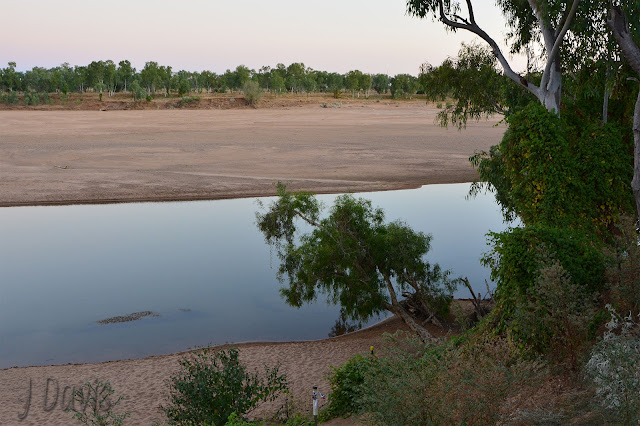 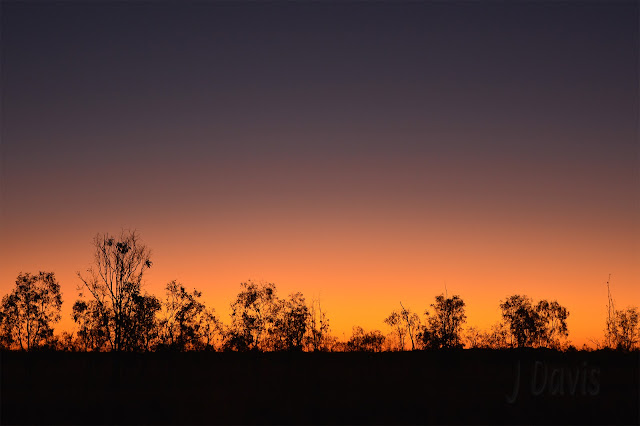 Sunset on the way home from Geikie Gorge WA
Posted by Margaret D at 00:00