Again this month my husband and I headed off to the southern area of our island State of Tasmania for just over one weeks stay at Cambridge about 10km from the State Capital Hobart.  We visited Eaglehawke Neck - see the Location map at the bottom of this post.

The most well known example of a tessellated pavement is the Tessellated Pavement that is found at Lufra, Eaglehawk Neck on the Tasman Peninsula of Tasmania. This tesselated pavement consists of a marine platform on the shore of Pirates Bay, Tasmania. This example consists of two types of formations: a pan formation and a loaf formation.
The pan formation is a series of concave depressions in the rock that typically forms beyond the edge of the seashore. This part of the pavement dries out more at low tide than the portion abutting the seashore, allowing salt crystals to develop further; the surface of the "pans" therefore erodes more quickly than the joints, resulting in increasing concavity
The loaf formations occur on the parts of the pavement closer to the seashore, which are immersed in water for longer periods of time. These parts of the pavement do not dry out so much, reducing the level of salt crystallisation. Water, carrying abrasive sand, is typically channelled through the joints, causing them to erode faster than the rest of the pavement, leaving loaf-like structures protruding.
Wikipedia. 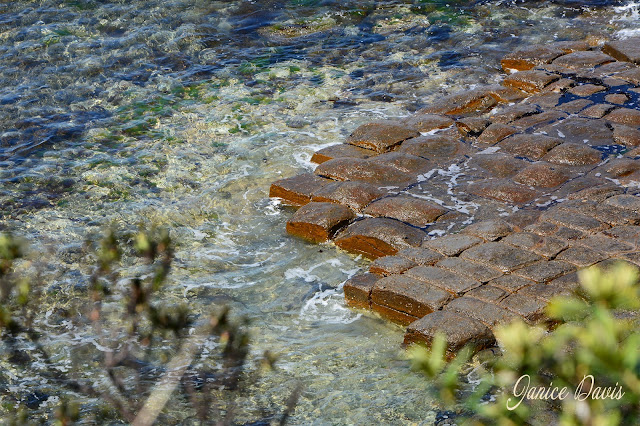 The walk to see these pavements is a short one, and you can go down to the sea to have a better look. 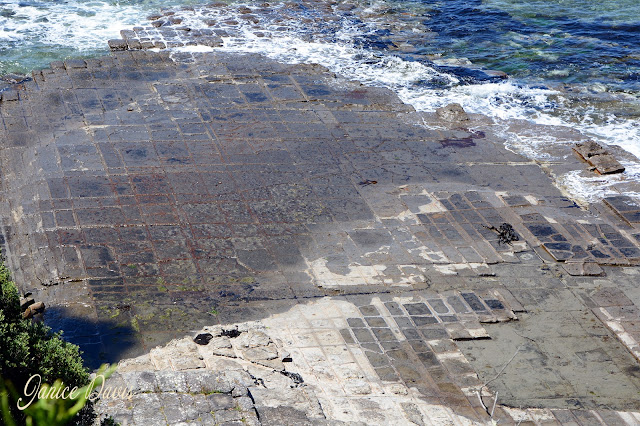 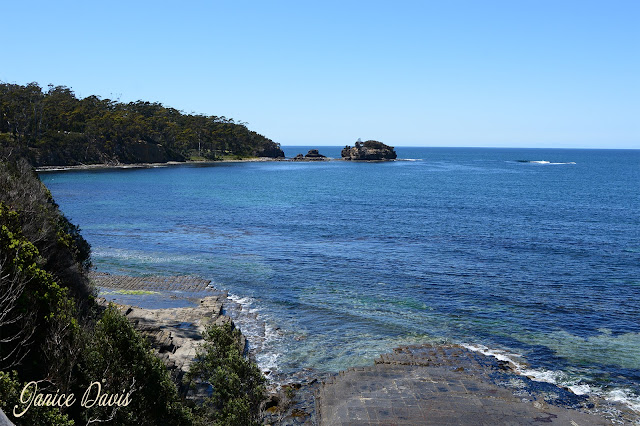