Batchelor is a town in the Northern Territory of Australia. It's the Gateway to Litchfield National Park (NP).  It's 98 klm south of the Darwin.

In Batchelor is a Catholic Church called St. Barbara's it's origin is historically connected with the uranium mining industry at Rum Jungle (105klm from Darwin).
The church was built in 1954, is now abandoned and contains:

Most people think about asbestos as that material on the outside of your home - wall sheeting, eaves, carport ceilings, corrugated roofing and fencing. It was used extensively on the inside of your home - as the sheeting on the bathroom, laundry, kitchen walls and ceilings.

You can see these asbestos products in your own home, kindergarten, sports club, school, church, pubs and clubs and work places.

These were non-friable stable materials and not dangerous unless disturbed, accidentally damaged, weathered or worked upon. Generally the non friable asbestos products contained approximately 5% - 15% asbestos - the rest was cement, sand, resins and other bonding materials.

97% of asbestos containing materials are non friable, for example, Asbestos cement sheeting - if accidentally damaged or broken may release a few fibres initially but will not continue to do so…

Asbestos was widely used in home construction from 1950 through to the late 1980s.

The top five on the list of people most likely to contract asbestos are:
Carpenters, Miners, Builders’ Labourers, Seagoing Personnel and Railway Workers.

The fibers of Asbestos can and does get into the lungs causing great discomfort and finally death.

If you wish to read more about Asbestos you will find it [ here ] and it's there I found the information.

Saw this church from the road and wanted to investigate, and it wasn't obvious that this building contained Asbestos.  I did find a small sign outside saying that St. Barbara's Church contained Asbestos and No Entry.  It surprised me greatly that this church is still standing with what it contains.
One day, it's going to have to be removed.
Men with suits on, their bodies covered completely, masks and so on. 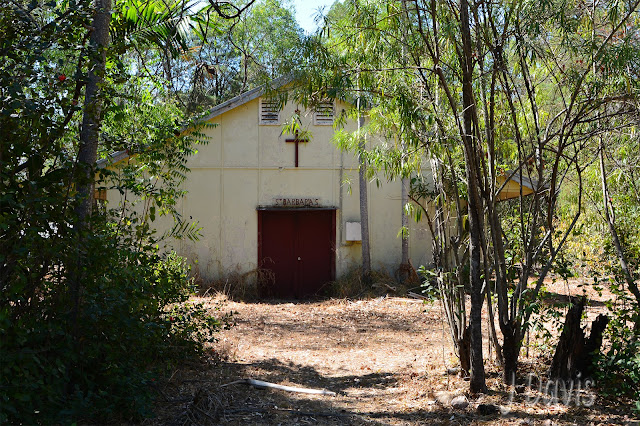 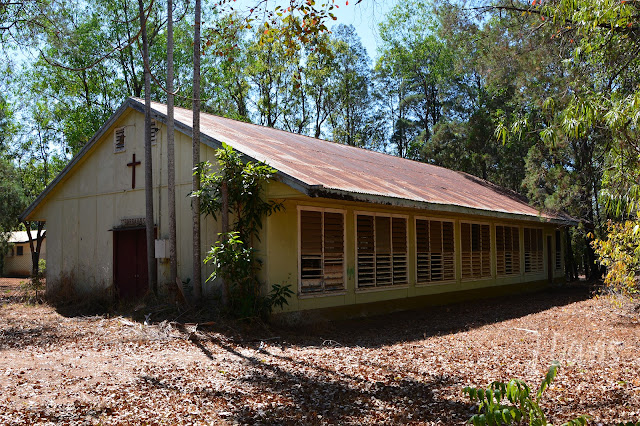 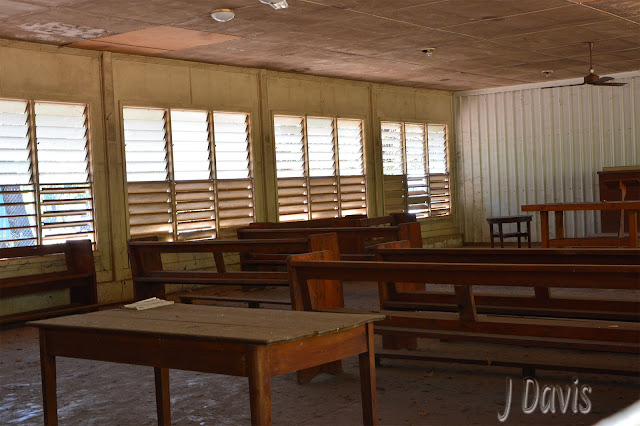 Put the lens of the camera inside the louver window and was able to capture a little of the inside.
Posted by Margaret D at 00:00