Jerilderie is a small town of just under 800 people in NSW.  Lovely and clean.  Canola, Rice, Wheat and lots of other crops are grown there. It's also a farming area.
There is a War Memorial also which are in most towns, and as we are coming up to 11 day of the 11 month I thought it appropriate to post a photo I took of some of the names from that area of those that died in the War... 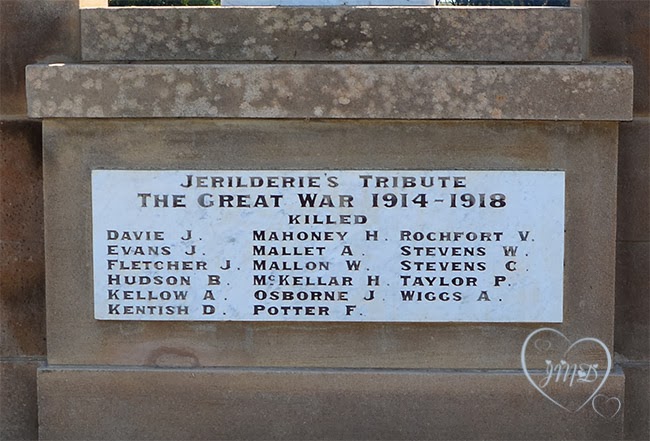 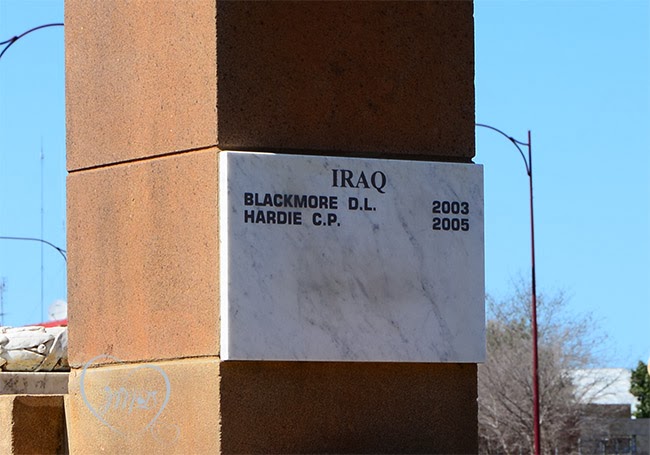 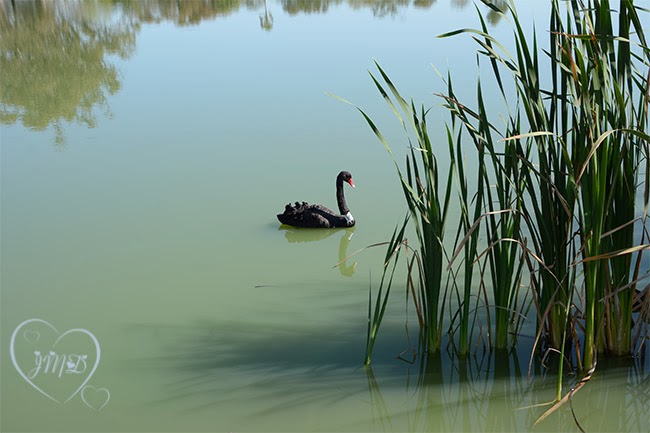 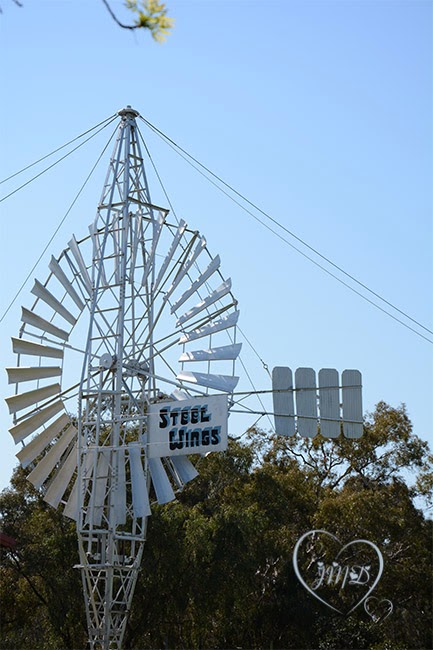 Known as the Steel Wings windmill which were made in Sydney 1907 and 1911 with only six models ever erected. The windmills comprise a steel frame and fan which turns to the wind between a bearing at the bottom and a swivel at the top, all supported by Guy-wires. The fully restored windmills, the only two known working examples in the world, are unique because their fan is contained and spins within the fully pivoting frame.

This Steel Wings was restored by Clive Langfield and George Cornish (now dec.) spending some 600 hours to bring it to its present working condition, pumping 9 litres (2.4 US gal) per revolution from the Billabong Creek to the Jerilderie Lake using a 15-centimetre (5.9 in) draw plunger with a 48-centimetre (19 in) stroke.
The Jerilderie windmill, the larger of the two stands 17 metres (56 ft) high with a 9-metre (30 ft) fan.
Thanks Wikipedia.
Posted by Margaret D at 00:30