We stayed several days in Echuca, Victoria and thoroughly enjoyed it, much was discovered because we stayed longer.
The town Moama is just across the border as mentioned in my last post.  The sign of welcome, the one if you blinked or turned the other way you would miss, well I would. 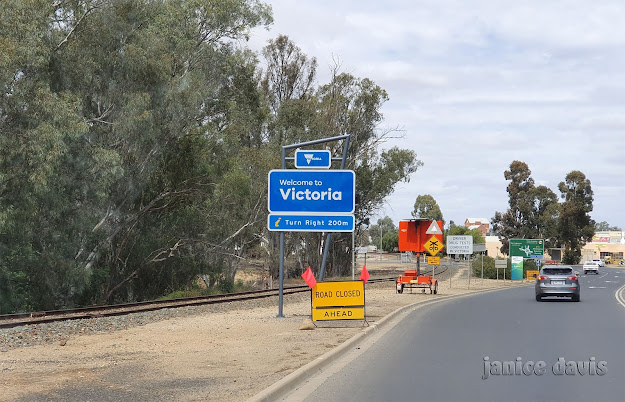 The Arch below is The Memorial Archway it was originally erected for the visit of the Colonial Governor, Sir Henry Brougham Loch.  It symbolises the importance of the local redgum industry in Echuca, which supplied piles used in the construction of wharves in Geelong and Williamstown, sleeper for the railways, and export timber for use in India and other British colonies.
The Red Gum Memorial is a tangible reminder of the redgum pioneer, James Mackintosh, and his Echuca and Moama Redgum Sawmill Company which wa once responsible for the employment of over 500 people.  James was a prominent local citizen, being a Mayor, and an elder of the Presbyterian Church.
The Memorial Arch is registered by the Heritage Council of Victoria.
Arch was erected in 1884. 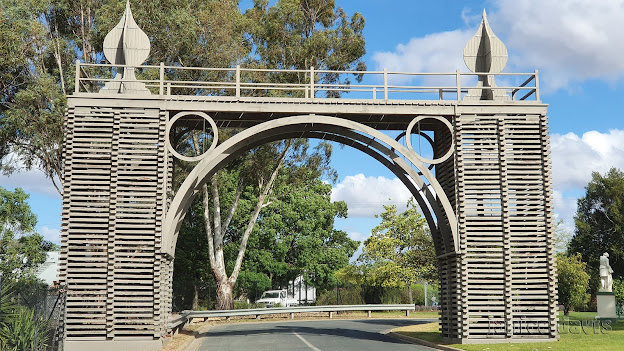 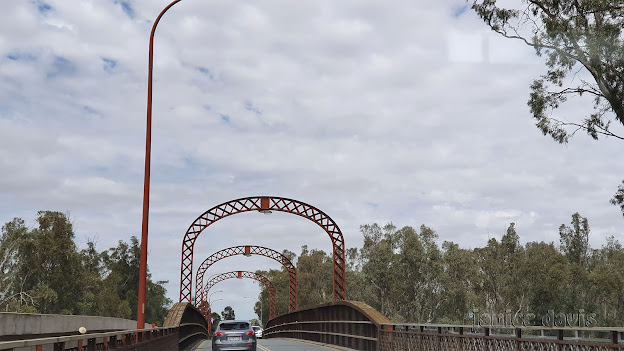 The bridge over the River Murray.
A ride down the street, something of the olden days to do. 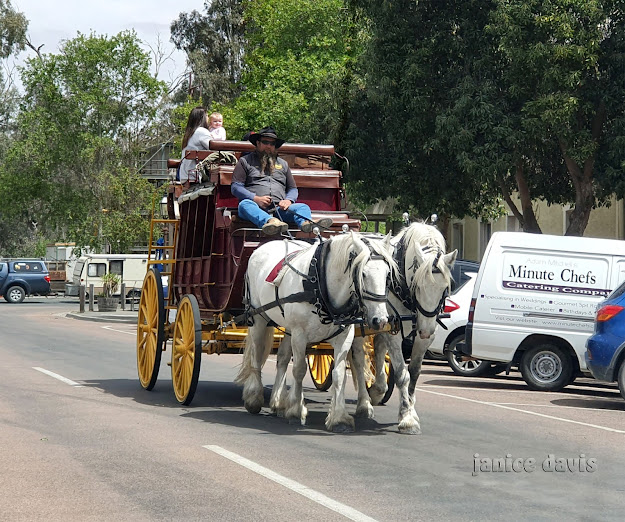