After Southport we headed north to a small town called Geeveston which was a timber town way back.  Nearby is the Tahune Airwalk which is promoted as 'the longest tall tree walk in the world'.  Unfortunately this year there was a massive fire down Geeveston way with the Tahune Airwalk being damaged, it will re open later.

Called into Geeveston and had lunch at a Cafe in the Main Street.
These two statures are but a few scattered around the town. 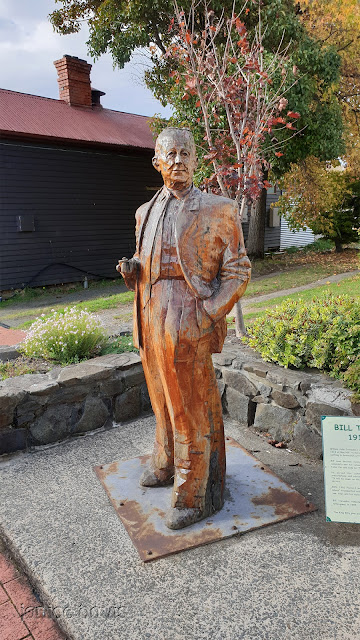 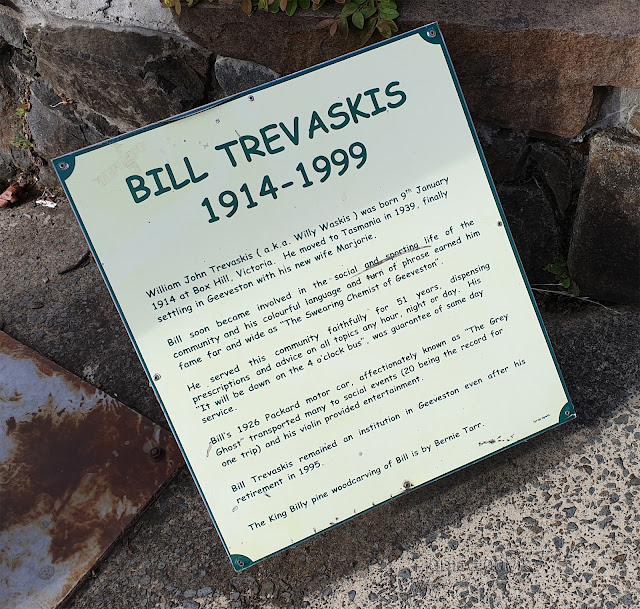 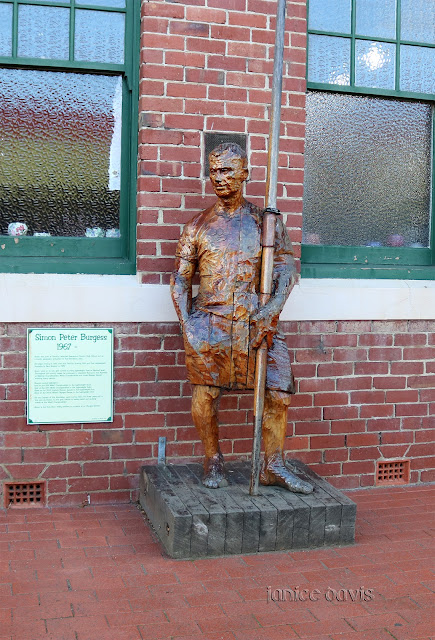 Inside the cafe below is this collection of teapots.
The Cafe has a look of the old charm.

Across the road is this building with the chemist to the right plus the statue of the Chemist above. 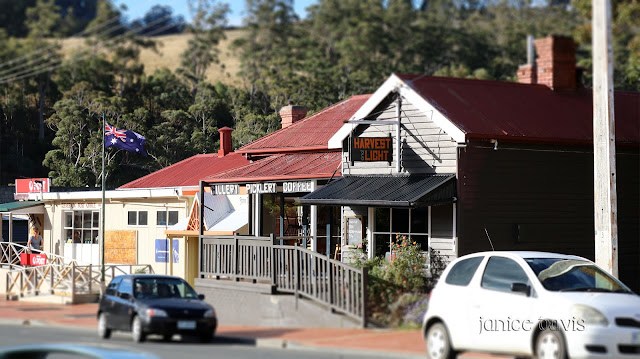 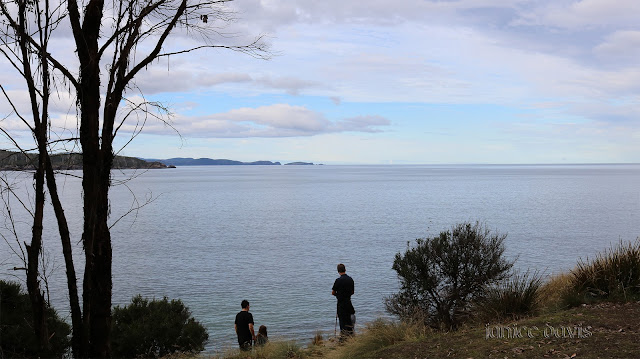 A couple of photos of Southport at a lookout area and in the distance you can see Bruny Island one of Tasmania's Islands which is very popular with tourist.
Below a closeup but didn't used my tripod and should have. 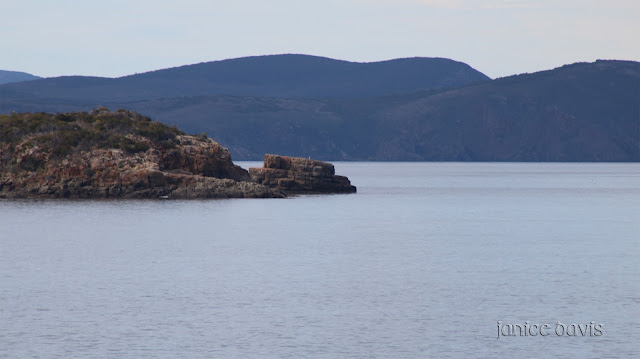 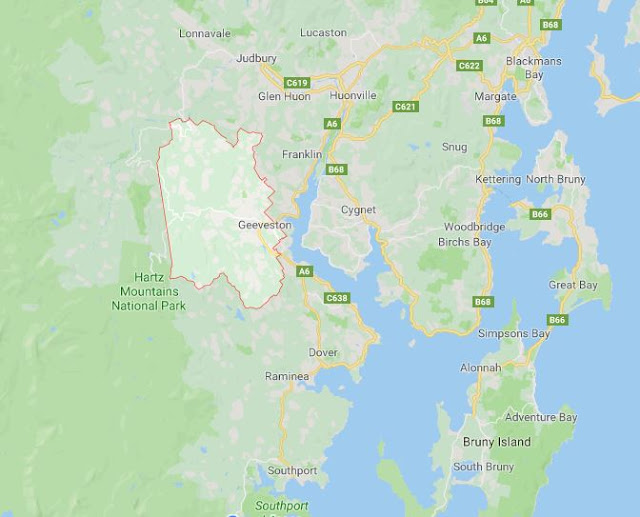