It was near a place called Blackwater after Dingo we came across these Coal Trains after leaving Mackenzie Park.

Blackwater is both a town and a locality in the Central Highlands Region, Queensland, Australia, 190 km west of Rockhampton.  It is a town in a significant coal mining area in Central Queensland.  The name of the township was inspired by the dark colour of local waterholes.
A German explorer and naturalist Ludwig Leichhardt found the Ore on one of his explorations in about 1845.
Wikipedia 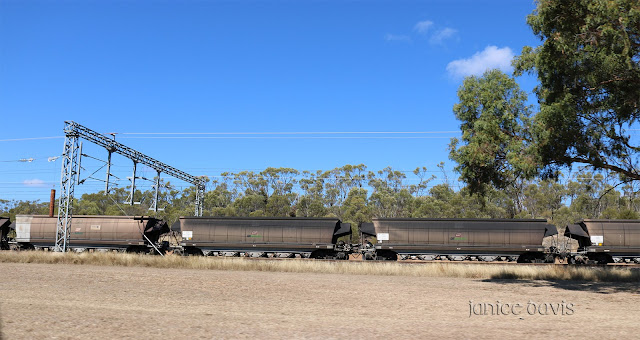