Norseman is 726 km, (426 miles) east of Perth Western Australia (WA), it's also the start of the Eyre Highway and the last major town before heading to the State of South Australia. The SA border is 720 km (477 miles) east of Norseman which has approximately 857 people.
The temperature can reach 46dgC (114.8F) which was a record high in 2010 according to Wikipedia.

Amazing to travel along the road and all of a sudden you see a roundabout with camels in the middle and around it, something different indeed.

Small towns or just Roadhouses that sell food & petrol are situated just the right distance apart to buy petrol and food, along with an attached Motel some having Caravan Parks. 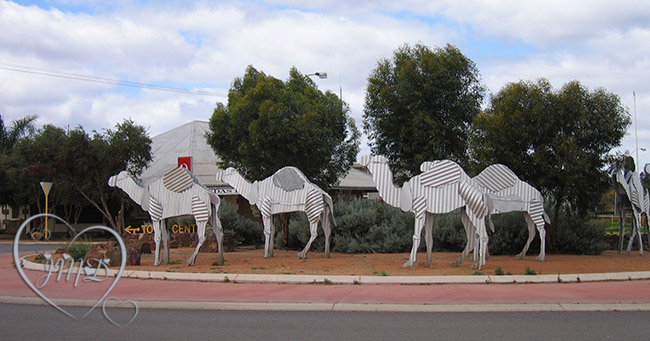 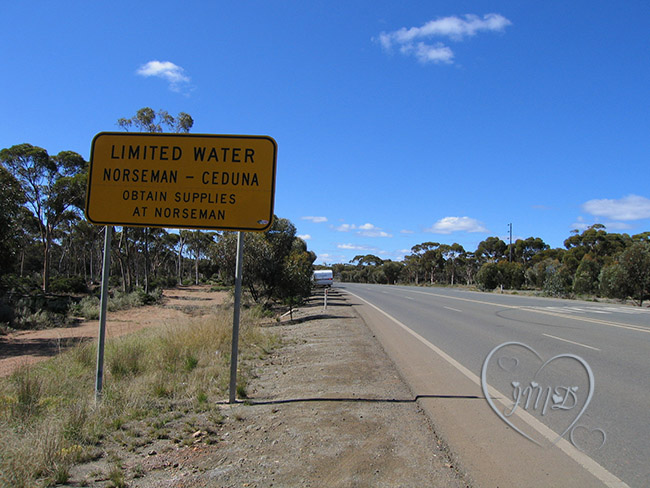 Just after passing through Norseman there is the sign above. So if you haven't got enough water you turn back and purchase it.
Posted by Margaret D at 22:26