On our way home we stopped at a lovely Motel in Gilgandra up on a hill.  It's owned by an Indian couple, rooms are lovely and clean and the wife cooks a mean meal which was delivered to our motel room.
Gilgandra is about 460km west of Sydney and has a population of well over 2,600 people.
There is a new IGA Supermarket which we visited and it would put many a large supermarket in the city to shame. 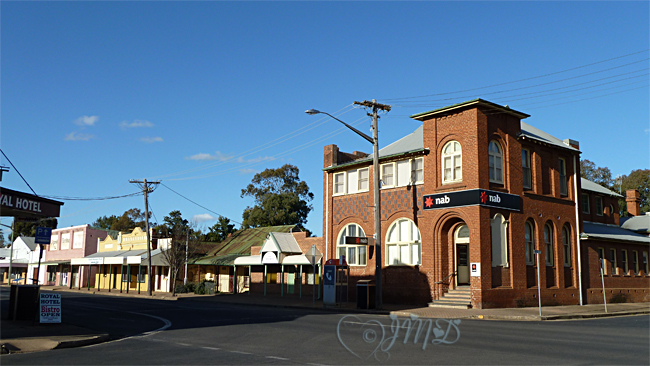 Part of the Main Street in Gilgandra 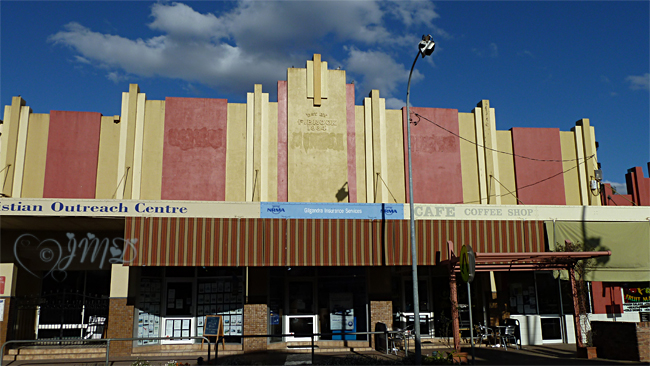 Part of the shopping area 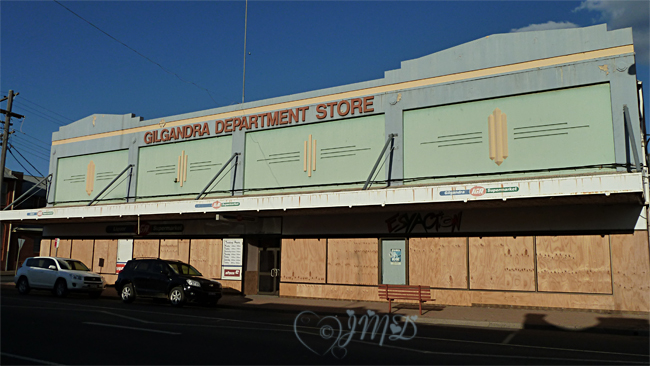 The IGA Supermarket has moved from here...and due to sun being in the wrong position no photo of the new IGA 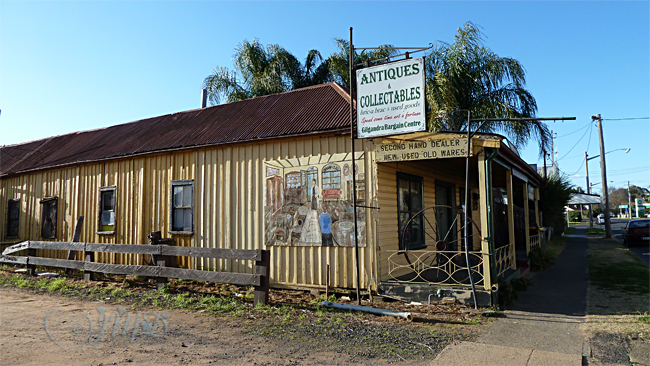 A field day for some who like looking in Antique Shops. 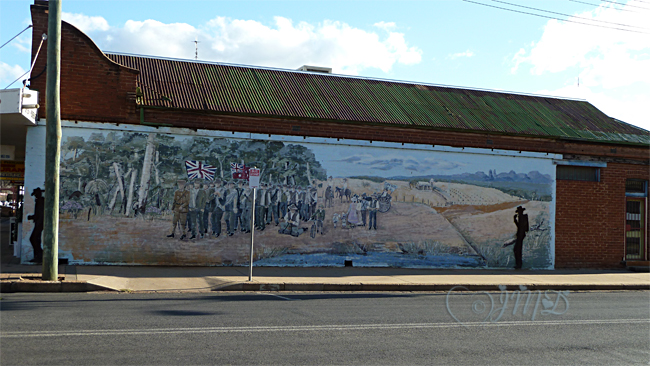 A Mural of the men who went to war. 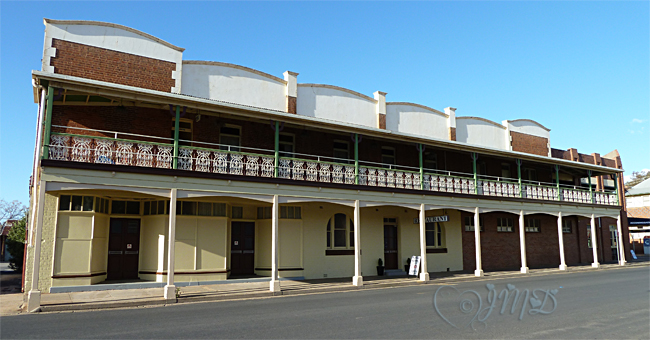 Part of a the town Hotel and it's just as large on all sides
Posted by Margaret D at 18:09