Another day trip recently we headed to Mathinna which is a small town in the north eastern part of Tasmania, about 63 km from Launceston..   We went the long way around to Mathinna.
Mathinna was named after a young aboriginal girl who was befriended the Lieutenant Governor of Van Diemen's Land (Tasmania) and his wife, Lady Jane Franklin.

The town became established as a gold mining centre, shorty after gold was discovered in the area in 1890's.  The Golden Gate Mine in Mathinna was one of Tasmania's highest-yield gold mines, second only to Beaconsfield.  At its peak in the late 1890's the town sustained a population of over 5,000 including a large number of Chinese miners, making it the third largest town in Tasmania.
Wikipedia

Today there is only a handful of people and there are no shops, just a few streets.

The photos below a bit too green was taking on the way to Mathinna before we came into bush country. 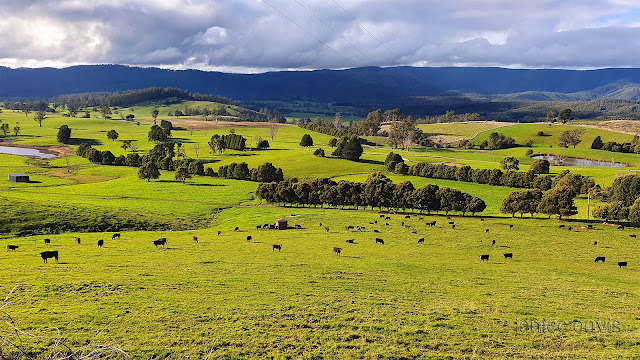 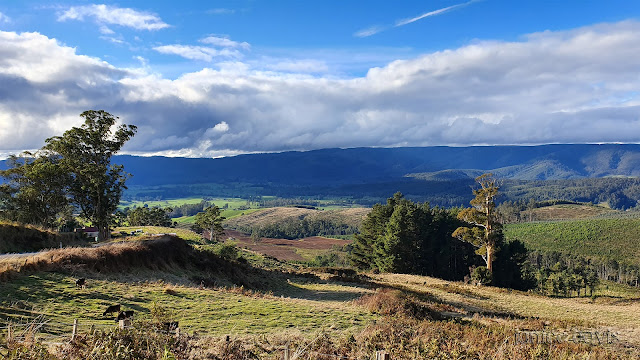 Tree plantations on the way 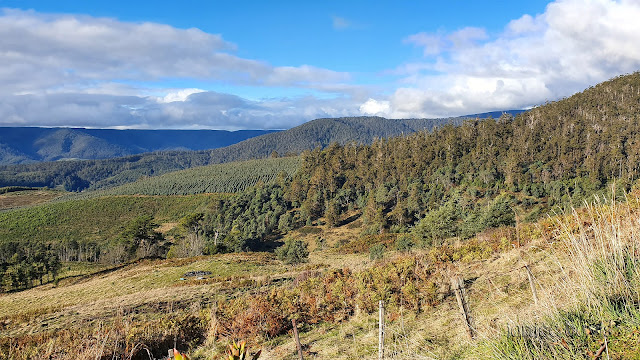 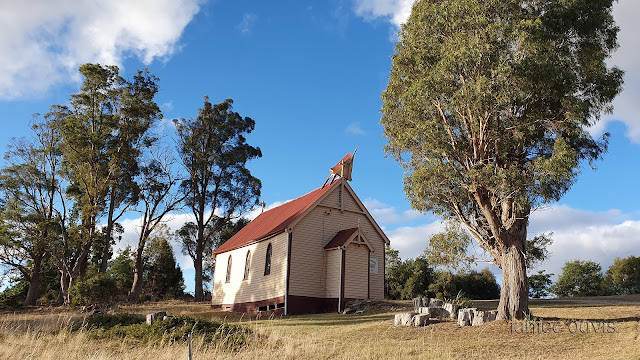 A church in Mathinna is worse for wear and obviously not used.
The house below is an old miner's cottage in the main street.  I posted the photo on Instagram the other week and a person left me a message to say his grandmother lives in that house.  How amazing is that, of all the people in this world that should happen.  Rather amazing.. 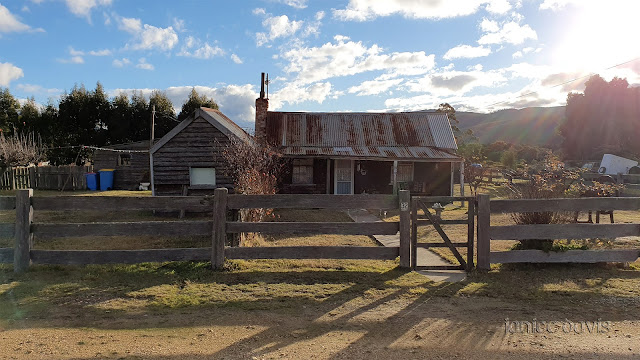 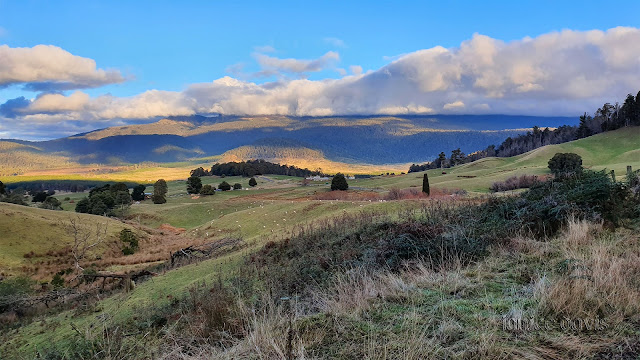 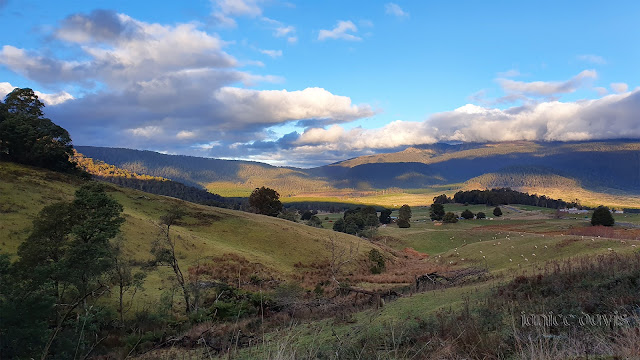 More scenery as we came on our way home, along with the abandoned house which was after all the bush we came through. 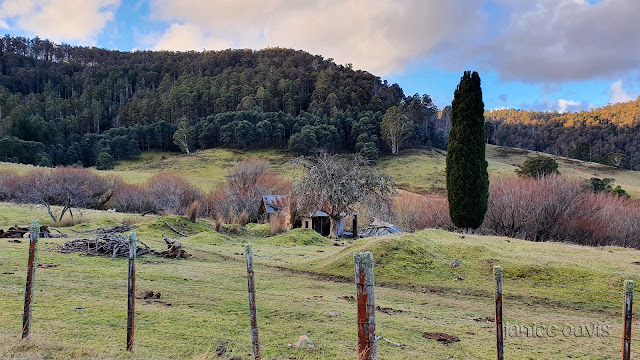 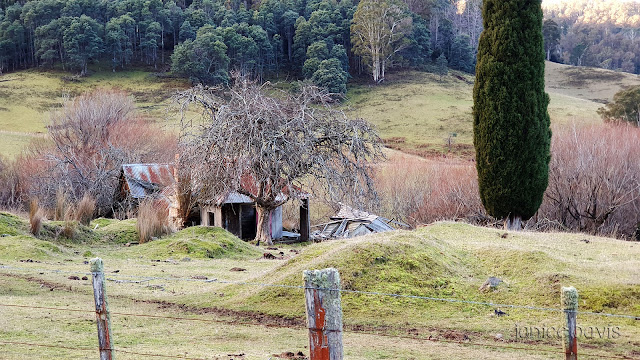