Can't recall ever showing many photos of a caravan park, know I've shown just a couple here and there, this time I'm going to show more because I think this park is different, but then they all are.

How do we find Caravan Parks that are the good to stay in - well there is an App for the mobile phone or iPad, iPhone's called 'Wikicamps Australia', it's the bible for travellers cost is small.
Can lookup caravan parks or free camps in the area you are in and read what is available such as, TV, mobile phone, wifi, and ever so much more with the users putting input which comes in extremely handy.  Wikicamps even has a map of the town or city to show you how to get to the caravan park.
Millmerran has two caravan parks and I chose the Millmerran Village Caravan Park.

Photos of some of the park. 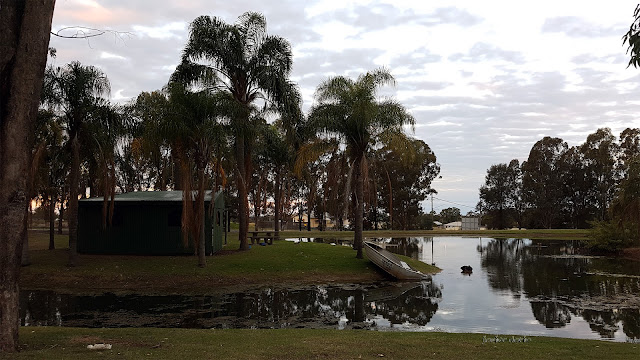 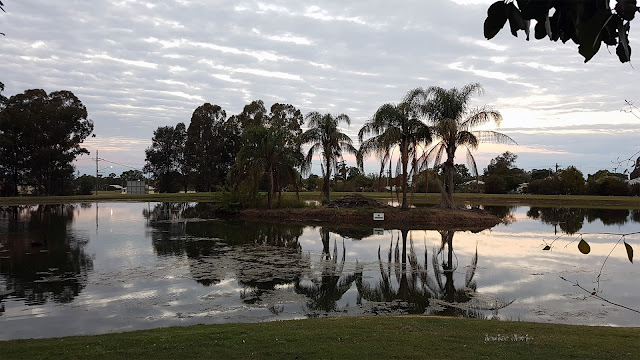 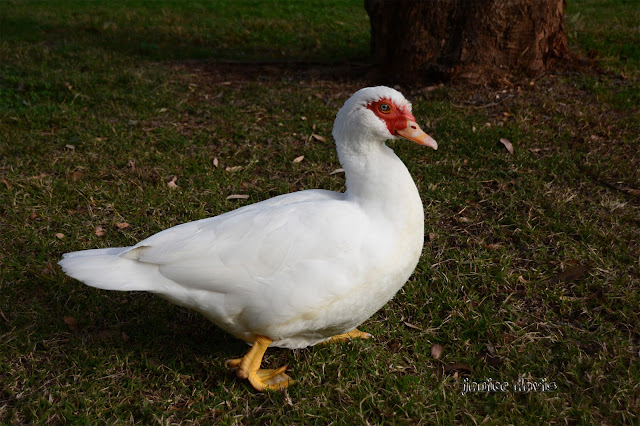 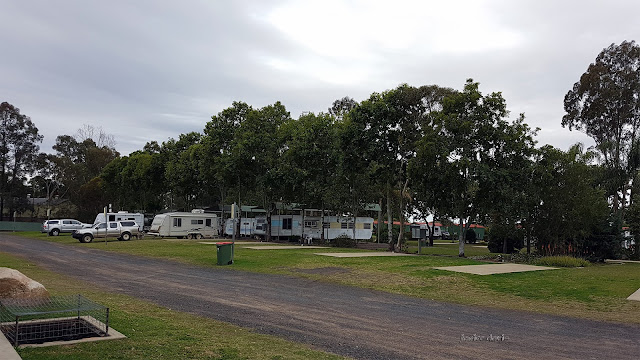 Most caravan parks have a Camp Kitchen which has a Fridge, Kettle, Hotplates, Frypan, Toaster and so on so one can cook a meal, some have a TV they are all different.  Many people who tent go to the camp kitchen, some people don't like to cook in their caravans or outside of their vans.  We have never cooked in a camp kitchen as yet. 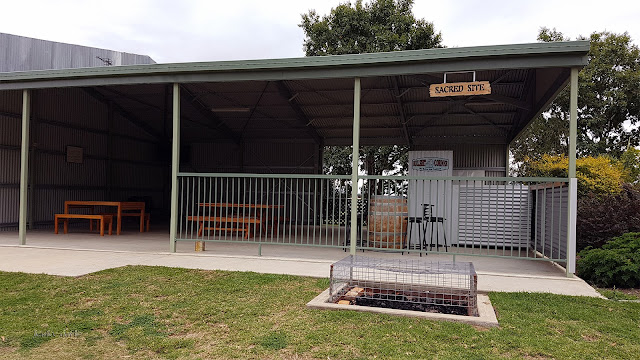 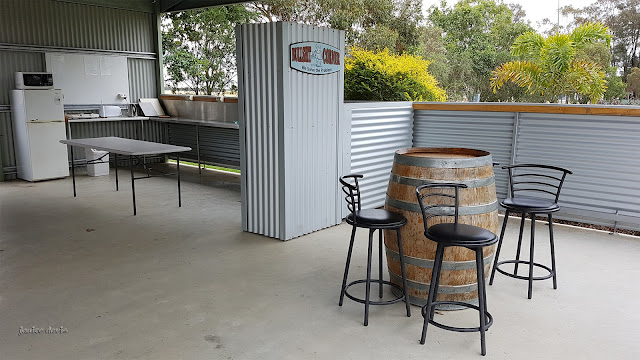 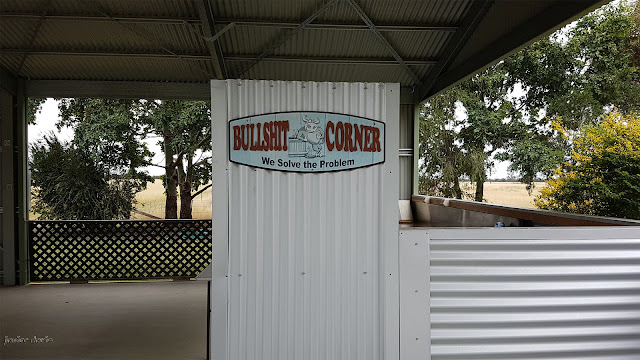 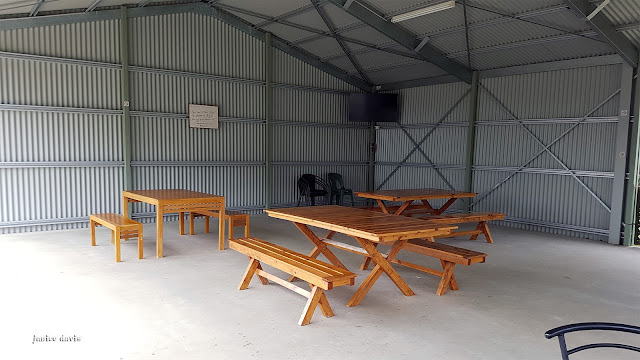 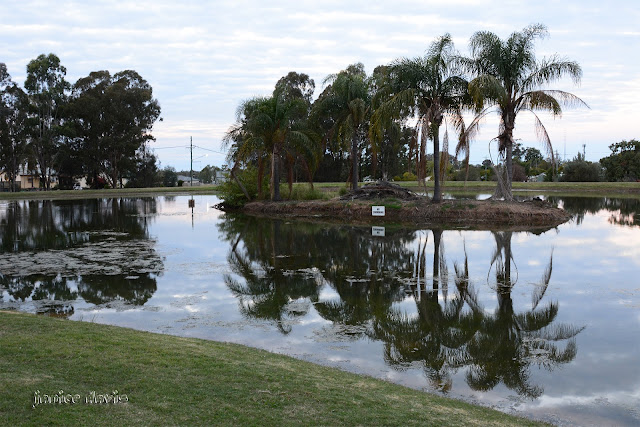