The Yarraman Hotel/Motel is typical of an outback pub of yesteryear.
The town is 181 km northwest of Brisbane and Yarraman the town is on a junction of the New England Highway and D'Aquilar Highway.
It's at this town we bought our lunch at a Bakery, parked on the side of the road we sat and ate it in the caravan.

A bit of history of Yarraman.

The creek at Yarraman was used in the 1870's as a place for local graziers and stockmen to meet and trade cattle.  The township was established in the late 1870's.
Yarraman means 'horse' in the Port Jackson Pidgin English spread by Aboriginal stockmen in eastern Australia.
A school opened in 1901.
As there were many large hoop pine forests in the area, a timber mill was established in 1910.
The town was connected to Brisbane and Ipswich by railway in 1913.  The railway line was closed in 1988.

Goomeri, Queensland is 235 kilometres from the state capital, Brisbane.  It's a small town and it's here we stayed a night on the edge of town opposite the shop below.
European settlement in the Goomeri area began in 1846 with the establishment of Booubyjan Homestead and Boonara Station. 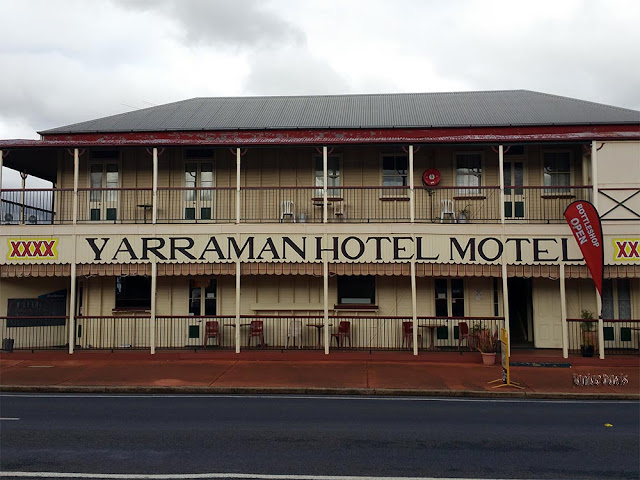 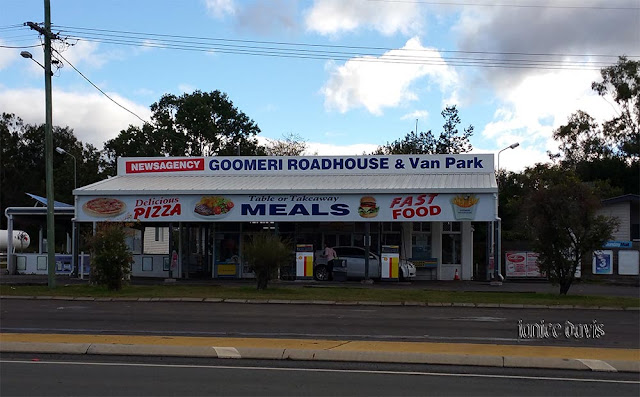 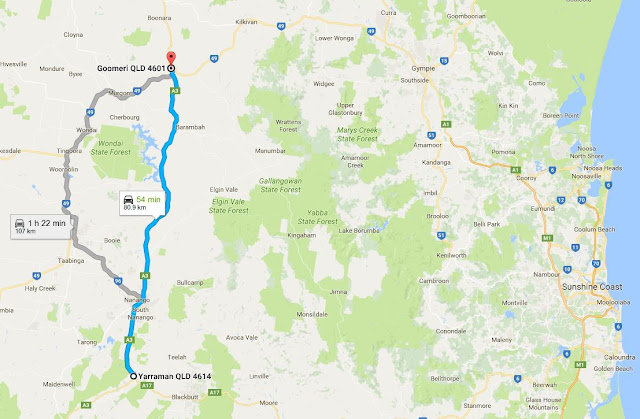