It was a Sunday when we took the drive into the city to take some photos, less traffic!
The photo below is of the Supreme Court House of Rockhampton which was built in 1950 - 1955. 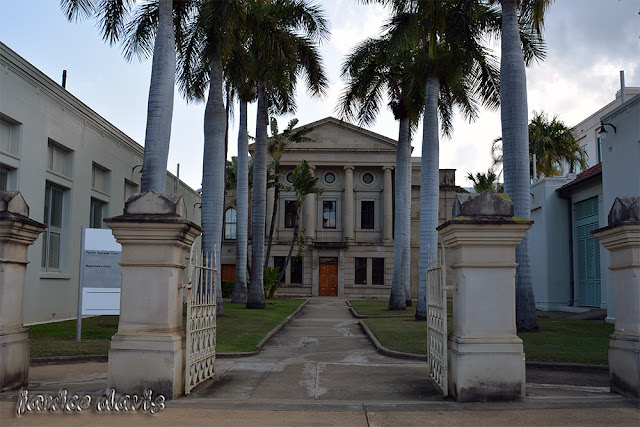 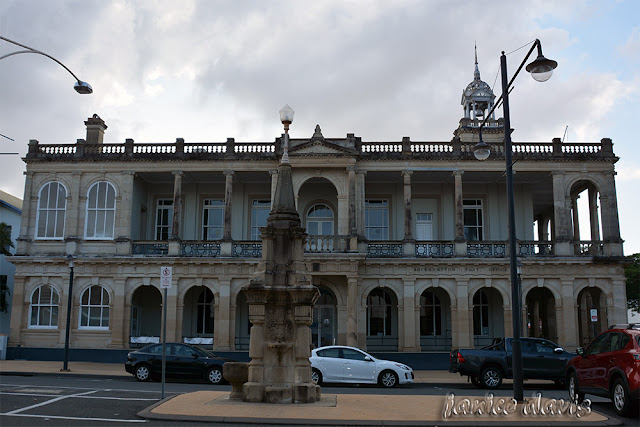 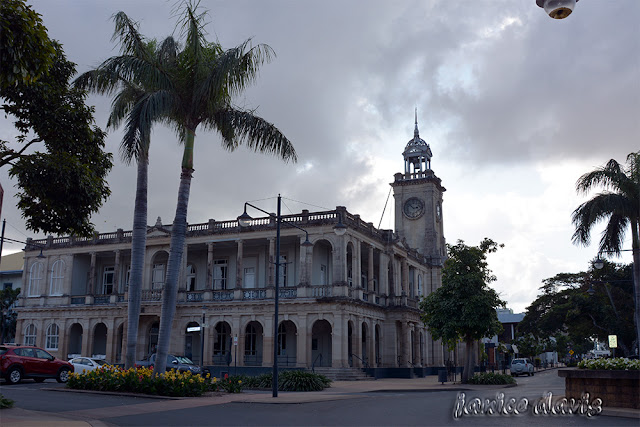 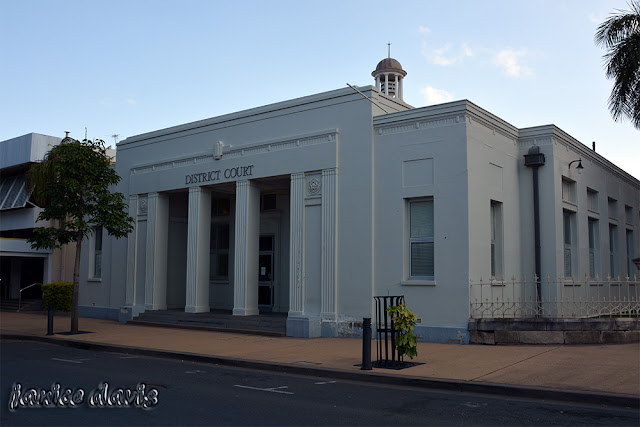 The large tree in the middle of the road adds as shelter in the heat of the day in Northern Queensland.
The below photos are of a the main st. in Rockhampton and most towns and some cities have this shade for the shoppers and their cars. 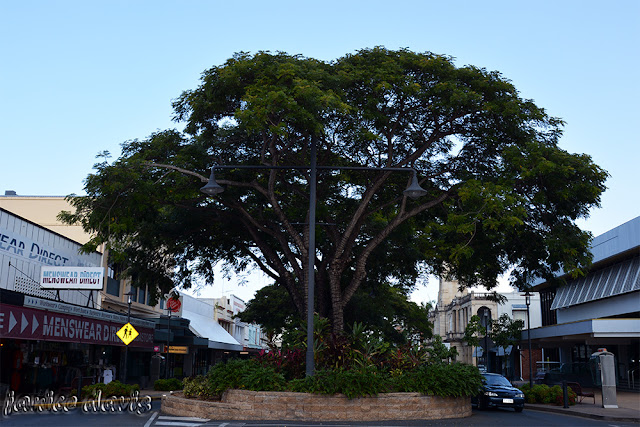 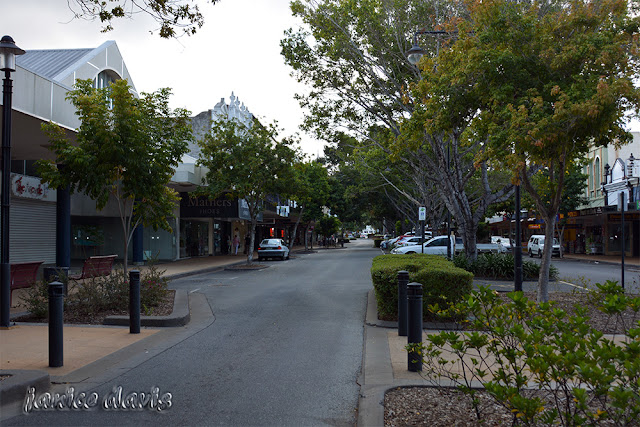 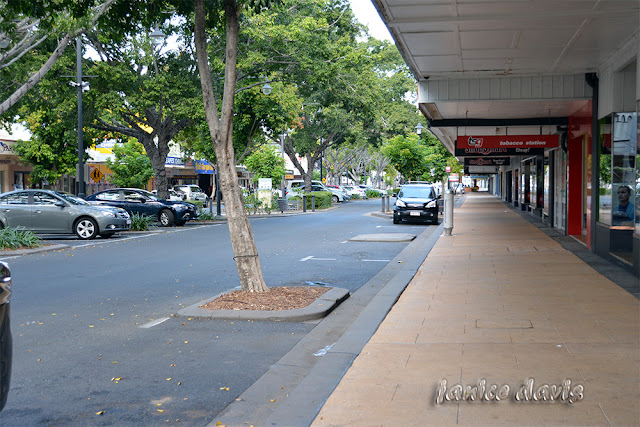 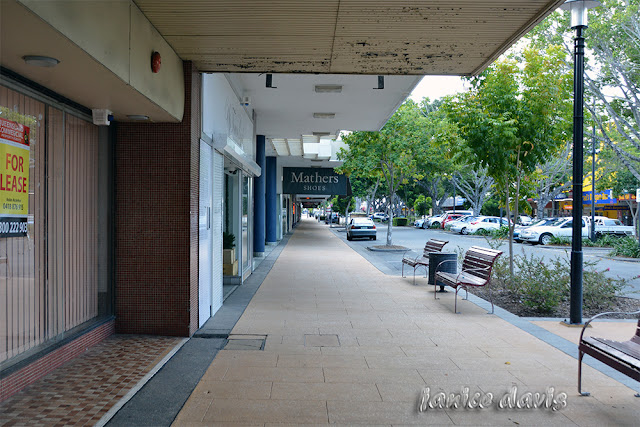