We moved on passing the Northern Territory Boarder to Kulgera for the night passing Cadney Park where is was very busy with many buying Diesel.
The vegetation was 'salt bush' and as travelling one could see the land flat as far as the eye could see.  This part of the country is called 'The Painted Desert". 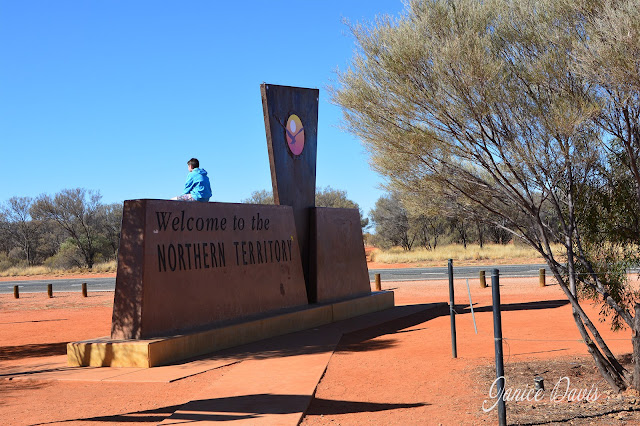 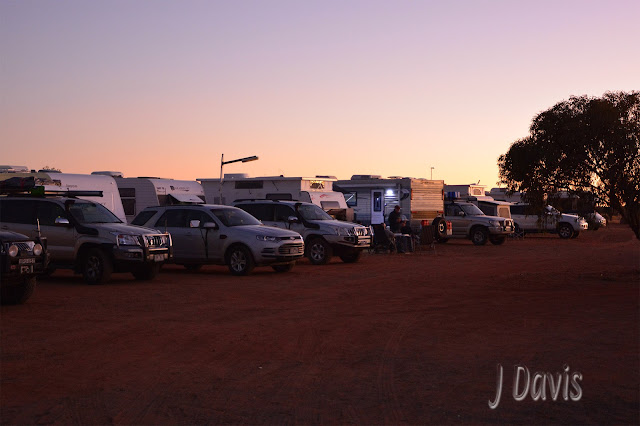 The Caravan Park at Kulgera where we had NO power or water.. (we had our own)  One TV Channel and it was Analogue which wasn't a good reception.  No phone reception.  We were all packed in here like sardines. 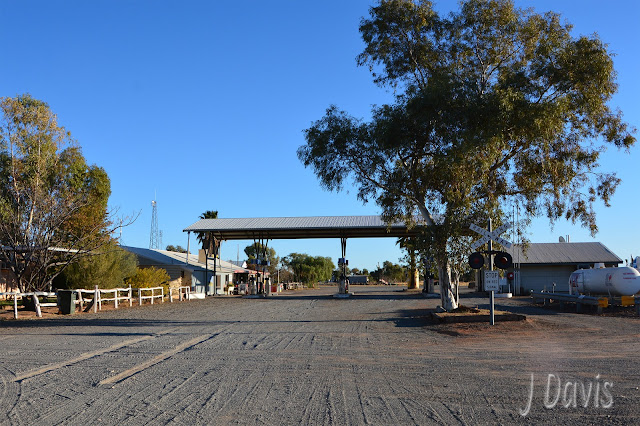 Where you get diesel for the vehicles. 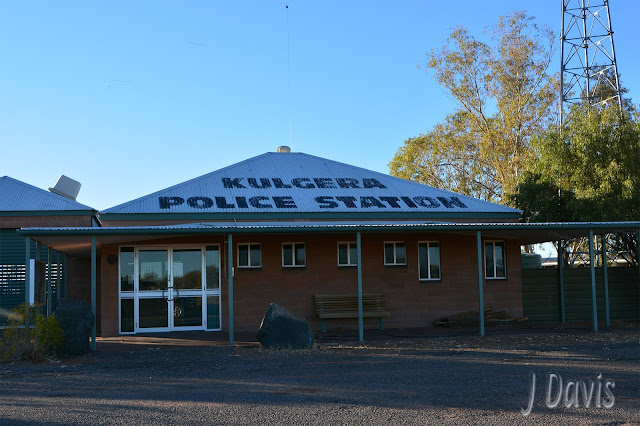 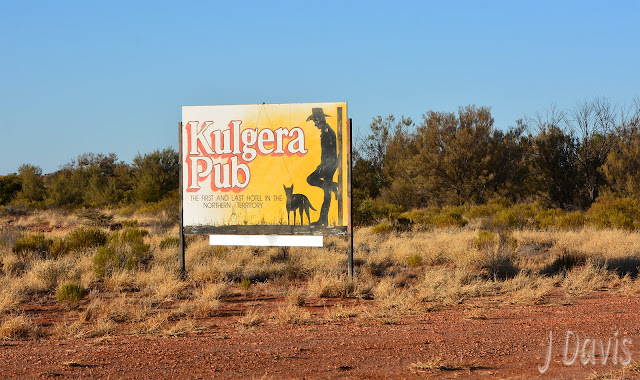 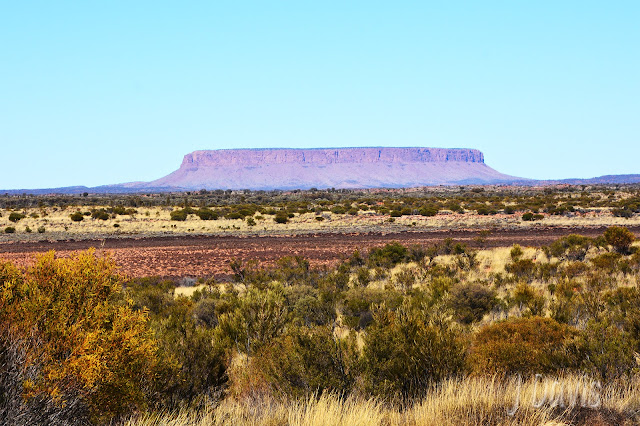 We turned off at Elrduna NT to take the journey to the middle of Australia to see Ayers Rock, (Uluru) Passing Mt. Connor on the way. 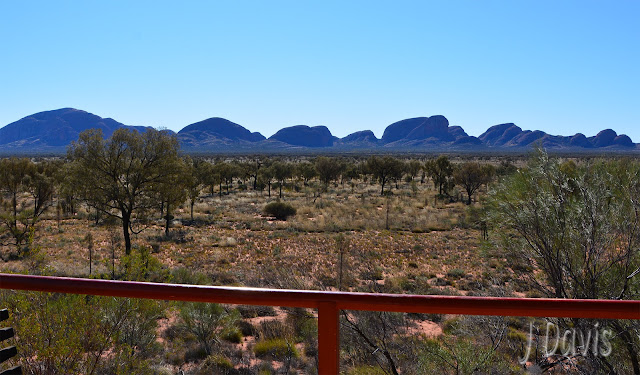 Kata Tjuta -Ulgas taken from the platform facing the sun.  Kata Tjuta consists of 36 steep sided monoliths, which, just like Uluru, look most impressive at sunrise and sunet.  There are many walks to be walked in this area of the National Park. 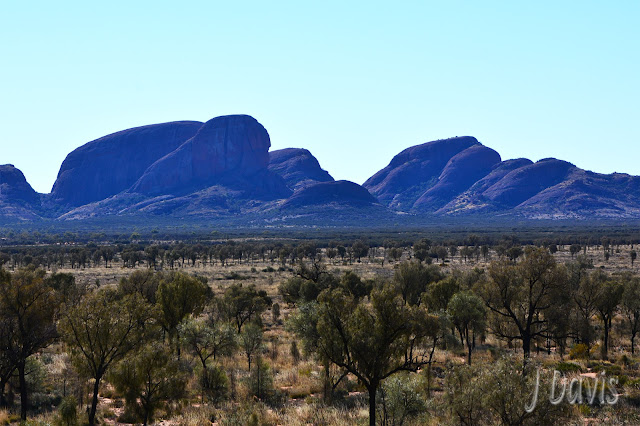 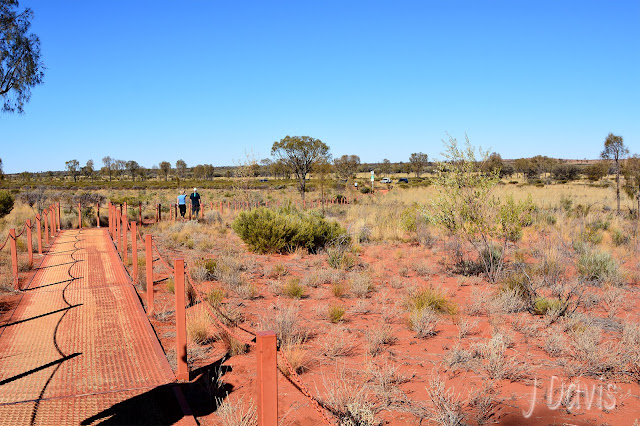 Part of the walk away from the platform at looks over Kata Tjuta.