We bought a large map about 2004 and filled in 'black' the roads we have travelled within Australia. I share this map so it can be seen where we have been.  We don't travel on roads that are not bitumen. There are a few roads that we haven't marked.

My husband and I have travelled on some of these roads many times both motel/hotel and a caravan which we sold in late 2008 or early 2009.  I haven't included my home State of Tasmania.

After a 6 year break from a caravan, (we have been travelling in the vehicle to Queensland since) this year we will travel again within Australia later in the year having family stay in our house whilst we are gone. 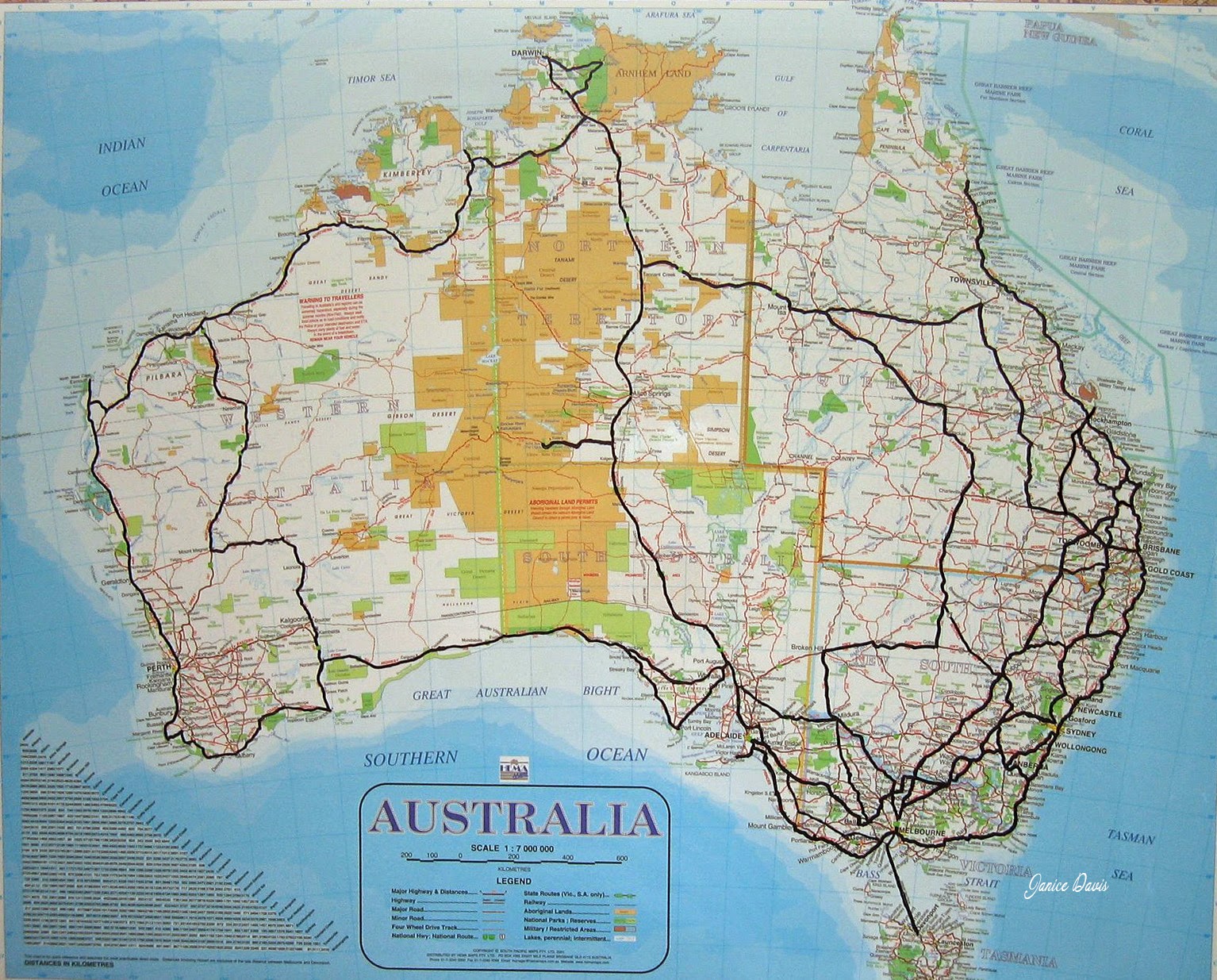