A pause from holiday photos for Remembrance Day today.

Remembrance Day (sometimes known informally as Poppy Day) is a memorial day observed in Commonwealth of Nations member states since the end of the First World War to remember the members of their armed forces who have died in the line of duty. Following a tradition inaugurated by King George V in 1919, the day is also marked by war remembrances in many non-Commonwealth countries.

Remembrance Day is observed on 11 November in most countries to recall the end of hostilities of World War I on that date in 1918. Hostilities formally ended "at the 11th hour of the 11th day of the 11th month", in accordance with the armistice signed by representatives of Germany and the Entente between 5:12 and 5:20 that morning. ("At the 11th hour" refers to the passing of the 11th hour, or 11:00 am.) The First World War officially ended with the signing of the Treaty of Versailles on 28 June 1919. 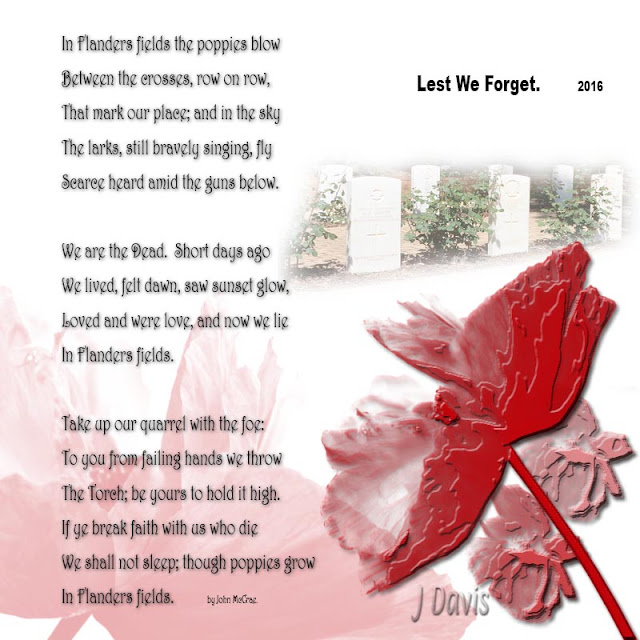 "No Man's Land" (also known as "The Green Fields of France" or "Willie McBride") is a song written in 1976 by Scottish Australian folk singer-songwriter Eric Bogle, reflecting on the grave of a young man who died in World War I. Its chorus refers to two famous pieces of military music, "The Last Post" and "The Flowers of the Forest". Its melody, its refrain ("did they beat the drum slowly, did they play the fife lowly"), and elements of its subject matter (a young man cut down in his prime) are similar to those of "Streets of Laredo".
It's a song that was written about the military cemeteries in Flanders and Northern France.
Wikipedia. 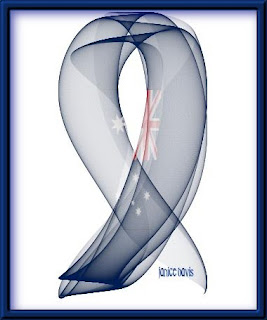 Peace graphic I made a few years back.
Posted by Margaret D at 00:00